On the day six-year-old Tenley was set to go home, the Ward family found out her little sister Adley would be fighting the same kind of cancer. 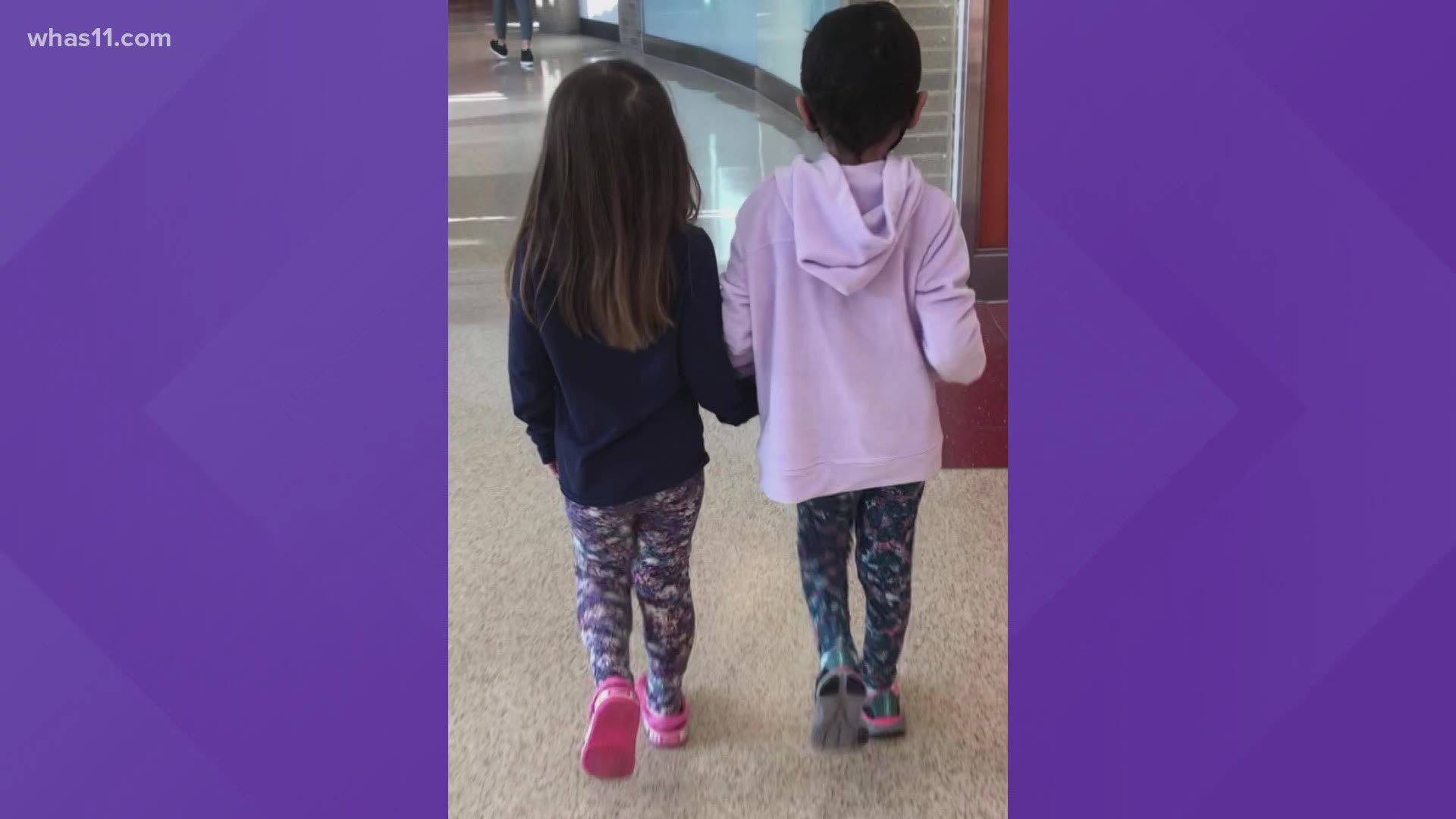 CINCINNATI — After relocating to Cincinnati while their oldest daughter fought leukemia, a Kentucky family was finally given the OK to return to their Larue County home. That same day, they received even more devastating news, pushing them to fight cancer twice over.

Tenley Ward had been fighting leukemia for 19 months when she hit a road bump in September 2020. The six-year-old relapsed, needing a transplant to keep her alive. While under transplant, she had HHV-6 encephalitis.

"She lost all ability to talk, move, walk, eat," said mother Karen Ward. "She was basically in an awakened coma. Her eyes were open, she could look at you, but that was it."

For 26 days, we wondered if we'd ever hear that little voice again. And we did, 26 days later. We Facetimed her sister Adley and she said, 'I love you Adley.'"

Tenley persisted. She fought through the horrible side effects of the cord blood transplant that saved her life, relearning everything. Doctors told the family they could plan to return home Jan. 25.

"I say all the time we couldn't write a book or a movie and be believable enough to sell because it's so crazy," Karen said.  "I truly mean that."

Blood tests came back, and Tenley's doctor had to tell Karen and Justin Ward that another daughter would be forced to fight cancer.

"To see her have to come into the room and tell Justin and I, yes, in fact, your second daughter also has cancer." Karen said. "I know how much it hurt me, but I could see it equally hurt her."

So the Wards, united in strength and live, began the fight again. Adley is following the same treatment plan Tenley followed.

While the family waits for genetic testing results that might help them learn more about why this happened, they can't help but look around and think of the many other families at Cincinnati Children's Hospital, the place that has helped them through both diagnoses.

The Wards said they hope to shower the kids undergoing bone marrow transplants or chemotherapy with the same love they received, whether it be donations or cards. They are encouraging people to send a note encouraging each of the patients in the hospital's fifth floor.

"We would love to just see an outpouring of love and support," Karen said. "I don't even know how to do that, but we would love to see that, as a family. We would be the feet for that project, if we could get it going."

To learn more about the #WardWarriors, visit their Facebook page or GoFundMe site.

Letters to Cincinnati Children's Hospital cancer patients, can be sent to:

RELATED: Man attacked by pit bulls in Shawnee Park out of hospital, thanks man who saved his life