“The session will continue. It is our intent, at this point, to be back here on Tuesday to take up the people's work,” Ky. House Speaker David Osborne (R) said. 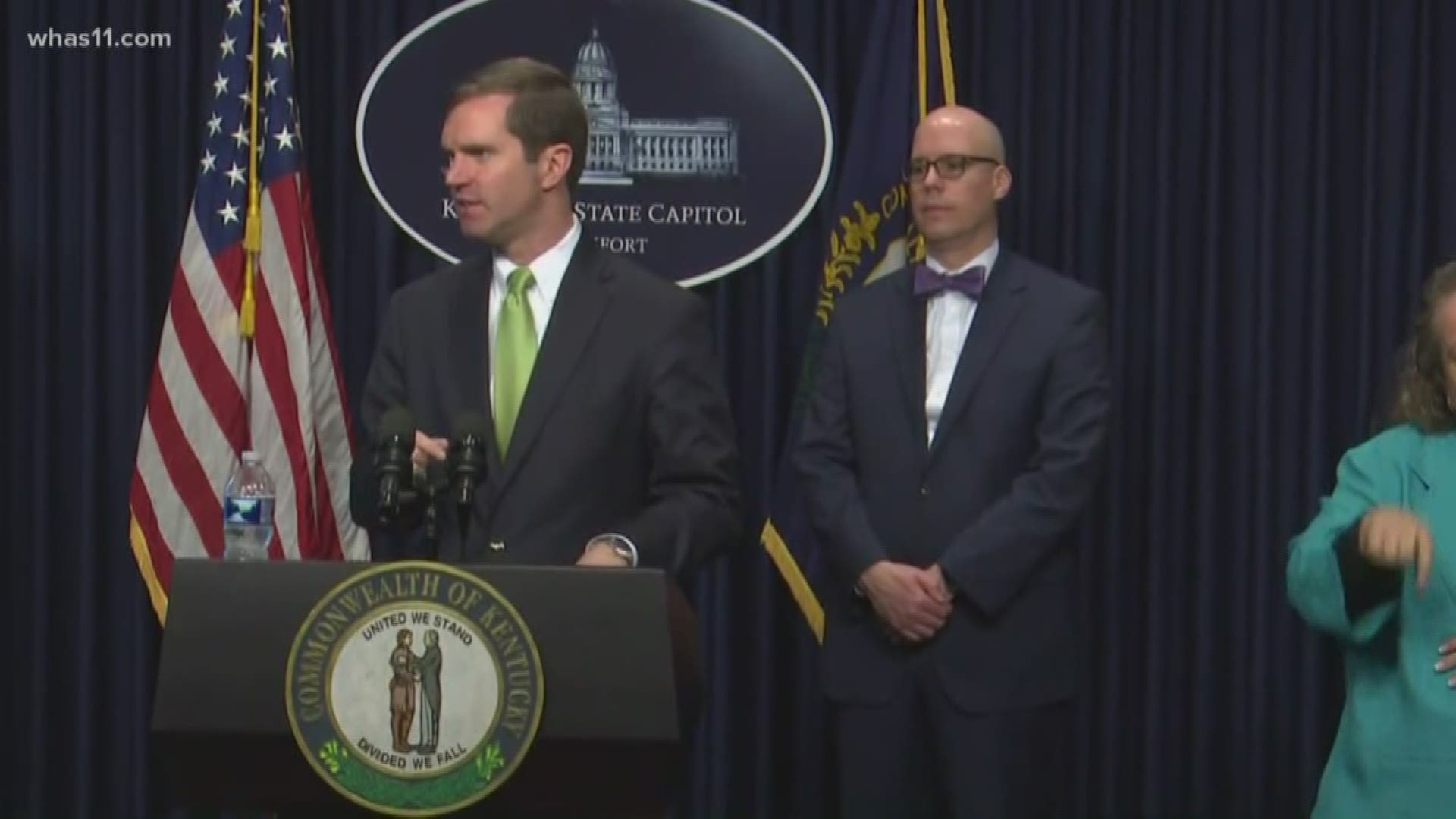 LOUISVILLE, Ky. — Kentucky lawmakers took the day off due to coronavirus concerns, but WHAS11’s Political Editor Chris Williams was there as leaders emerged from a closed-door meeting where they discussed the future of the General Assembly.

With lawmakers off until Tuesday, crews cleaned the building overnight to help stop the spread of the virus. But on what would have been day 47 of the session, House and Senate leaders met with Governor Beshear this afternoon to determine the next move. There are questions as to whether they can complete the 60-day session by the constitutionally mandated date of April 15.

“The session will continue. It is our intent, at this point, to be back here on Tuesday to take up the people's work,” Ky. House Speaker David Osborne (R) said.

During a press conference this morning, the governor talked about the running clock and prevention of a major outbreak of coronavirus.

When asked whether he would ask to end the session early, Gov. Beshear responded, "Well, what I would say to them, and we have to talk through this, is that if they can limit the number of days and get what's absolutely critical done, I think everybody would look at that as a possibility."

According to Rep. Osborne, the major focus of the assembly would be “to get that out as quickly as possible.” He added it may actually limit the time available for other items, but they have not decided whether the session will close when the budget is complete.

This weekend, leaders expect to announce new protocols to keep people safe, maintain transparency and get all 138 members back to work.