The trooper told KSP he and his family left the rally and did not participate in any riots at the U.S. Capitol. 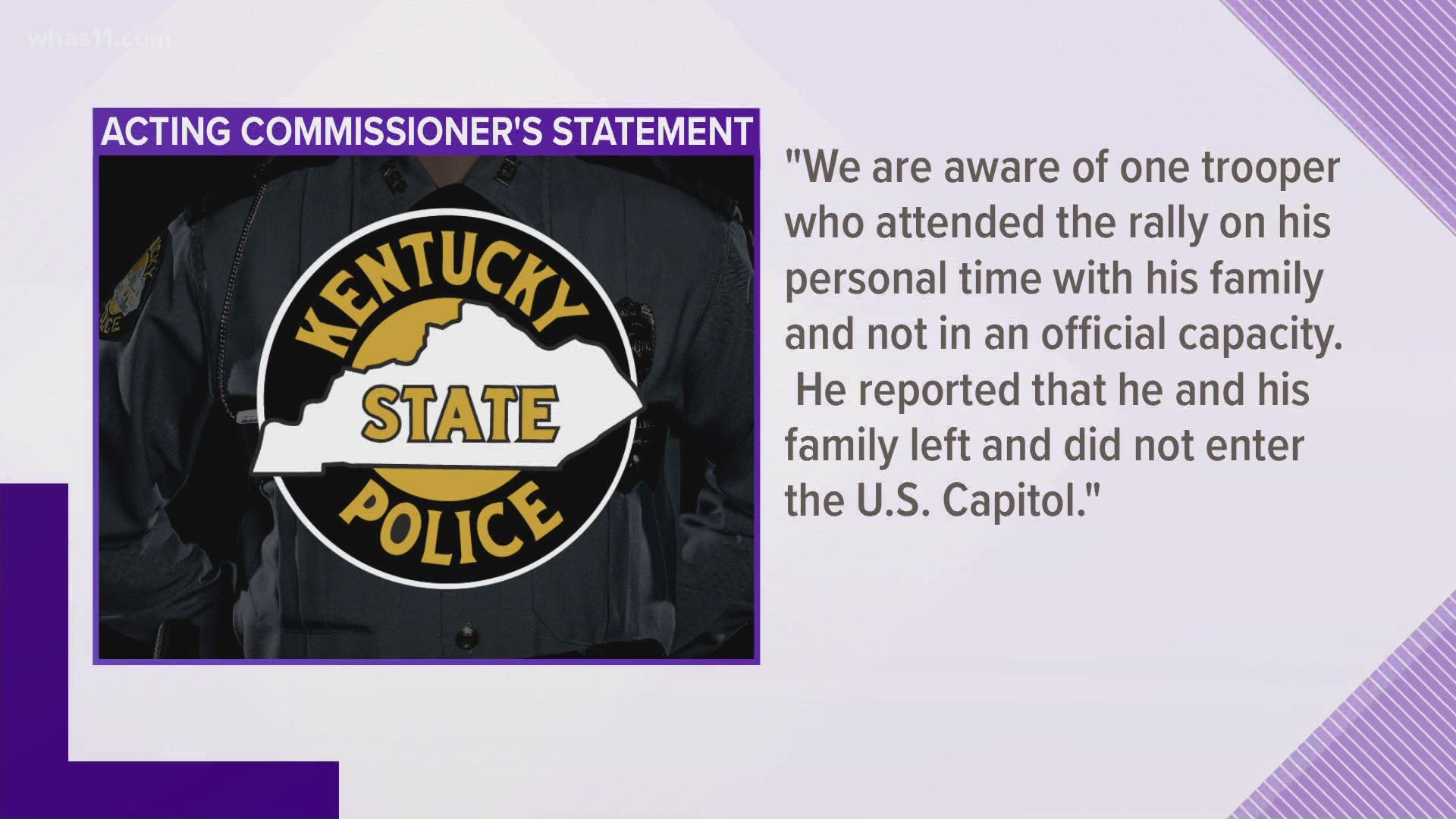 FRANKFORT, Ky. — A Kentucky State Police trooper has been temporarily reassigned after attending a rally in D.C. the day of the insurrection at the U.S. Capitol.

A spokesperson for KSP said they are aware that one trooper attended the rally with his family on his personal time. The trooper told KSP he and his family left the rally and did not enter the Capitol.

Police are conducting a full review of the trooper's attendance, and he has been temporarily reassigned until the review is complete.

"The horrific acts that took place last week on sacred national grounds are completely unacceptable," Acting Commissioner Philip Burnett Jr. said. "KSP is reviewing the employee’s participation. It is the right thing to do to protect our nation, democracy, agency and all KSP employees."

A Franklin County deputy has been reassigned within the department after he also attended the rally that preceded the rioting. A group of local public defenders sent a letter to Franklin County Sheriff Chris Quire complaining about Det. Jeff Farmer’s presence at the rally.

Farmer said he did not participate in any violence, saying he and a friend attended a rally but left when violence broke out.