In total, 18 high school football players, 3 coaches and many others have tested positive for COVID-19. 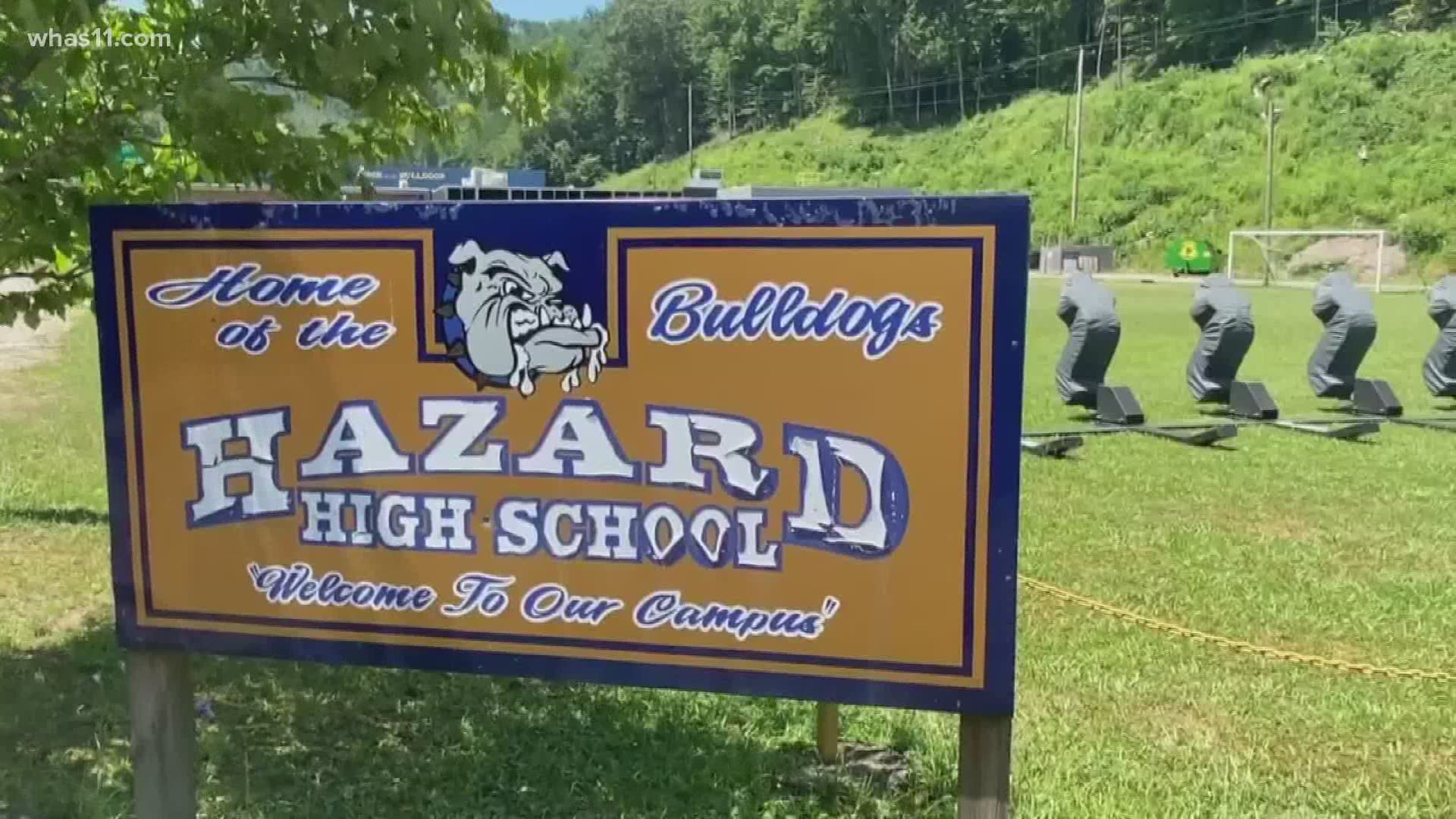 HAZARD, Ky. — While the infection rate is not higher than other counties in the state, an outbreak in the smaller city of Hazard can show how quickly coronavirus can spread.

"At this point we are in a state of preparedness, hoping that we don't reach that point where things kind of get to a crisis scenario," resident Luke Glaser said.

Glaser, a Louisville native, is a city commissioner who works for the school district in Hazard. While he did not speak on what happening at the school, he did talk about how the city has acted since the pandemic started.

"If you go to the Walmart here in Hazard, or the Food City here in Hazard, almost everybody is wearing masks," Glaser said. "I'm not sure if they're taking it serious or not, but there is a feeling of we're in this together, and if you're scared to get it, I'm willing to do what it takes to make you feel a little more at ease."

As of July 20, Perry County only had a total of 123 cases and two deaths out of a population of 30,914. While the county's rate of infection is lower than that of Louisville or other counties, the recent outbreak could show how one person can impact their entire community.

All of the 38 people connected to the high school football team's outbreak are recovering at home.

WHAS11 reached out to Hazard's mayor, as well as the Kentucky River District Health Department's director. They have not responded.