'We want to work': Protesters gather at Kentucky Capitol over coronavirus lockdown 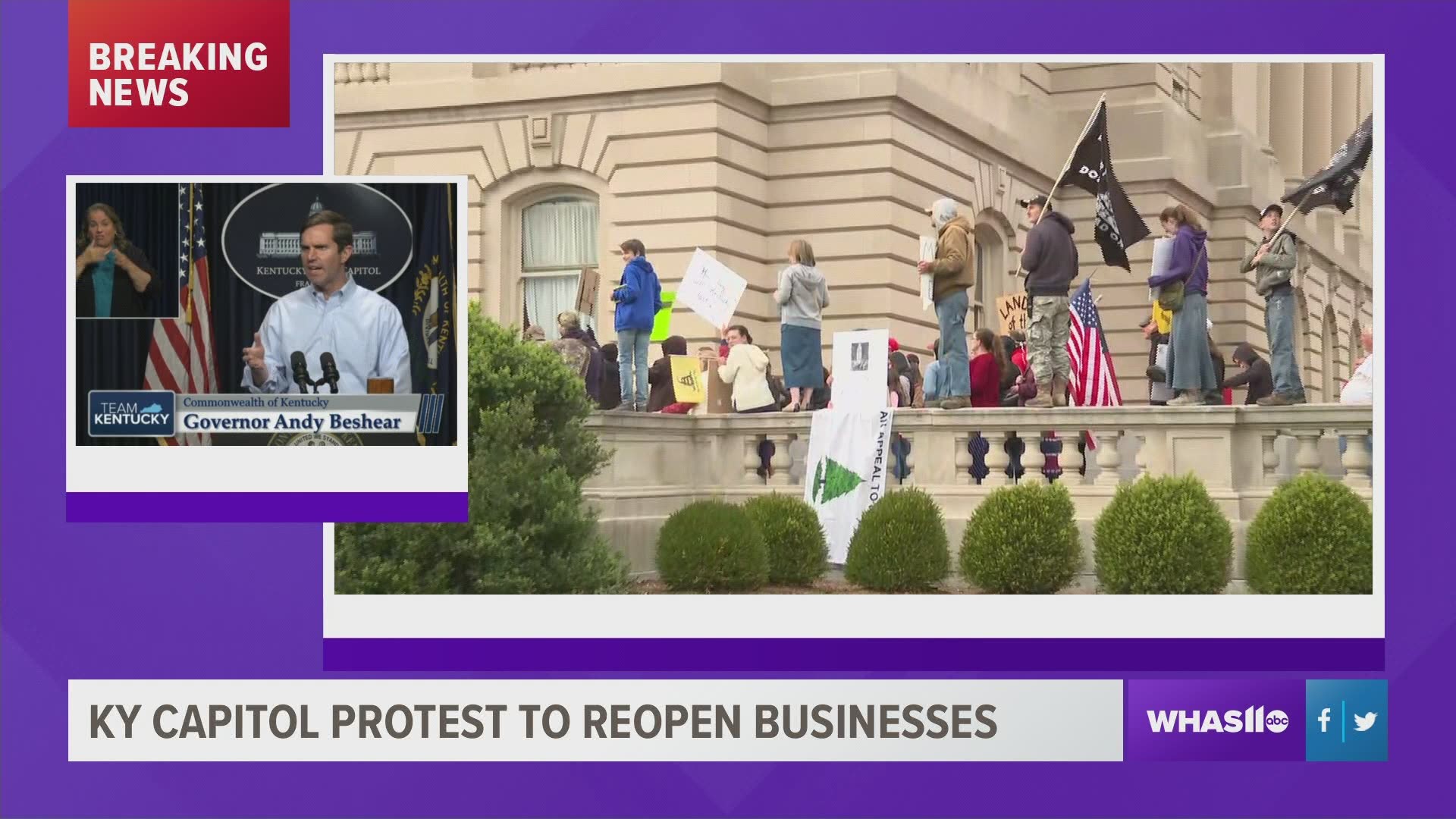 People held signs saying the governor should "reopen Kentucky," chanting "We want to work." Beshear responded to the protests, saying he was not going to reopen the state.

"Folks that would kill people," Beshear said in response to the protests. "That would absolutely kill people."

Beshear said reopening businesses immediately would cause the death of even more Kentuckians, and said he is following the White House's guidelines. Beshear continued to say the state has yet to reach its peak. 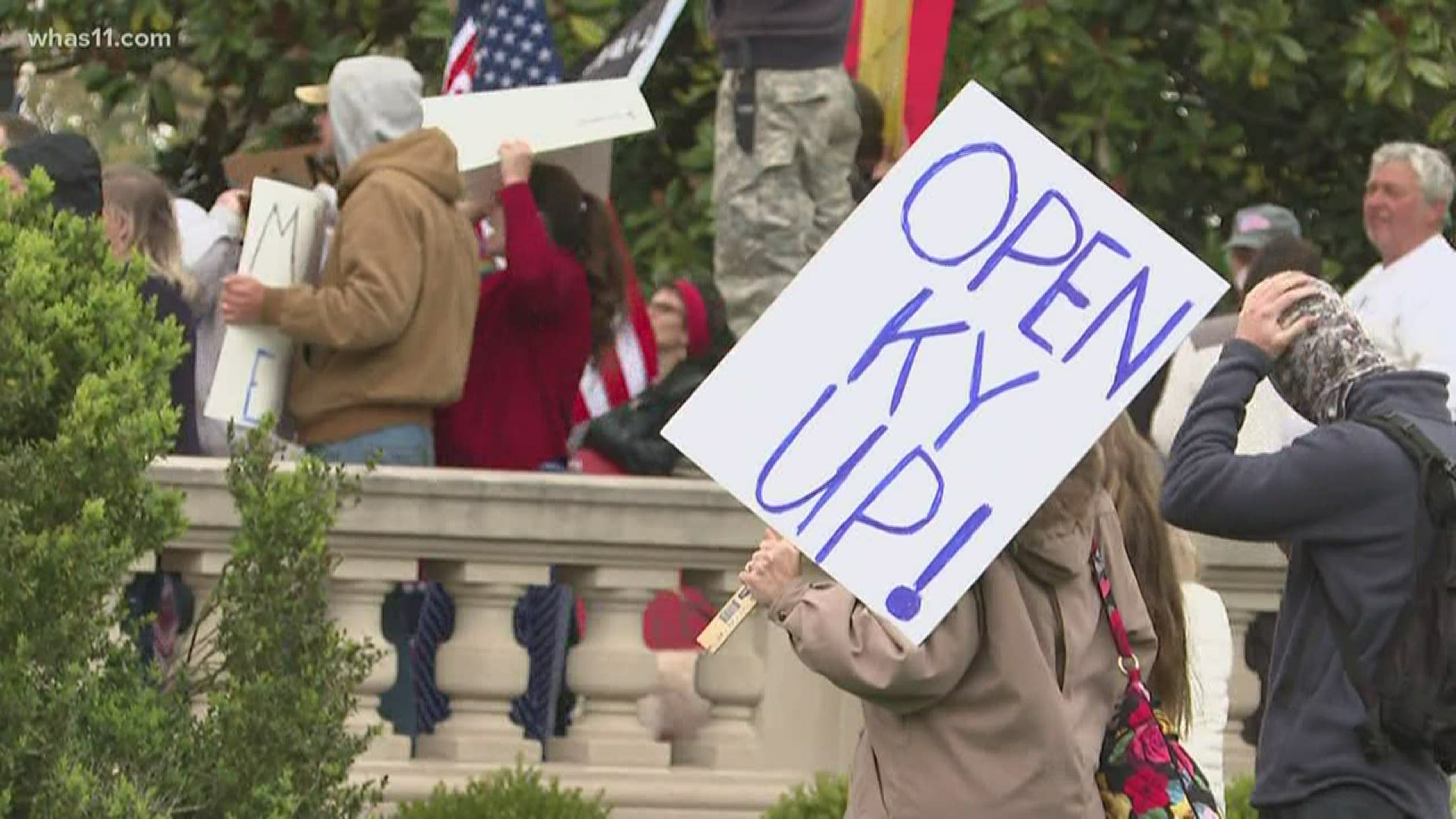 Rep. Savannah Maddox (R) spoke to demonstrators, saying Beshear is picking losers and winners when it comes to closing businesses during the COVID-19 crisis.

Beshear repeated that any time people join together in mass gatherings, more people at-risk. There were seven new deaths today, and there has been a total of 2,291 cases in Kentucky thus far.

"If there isn't social distancing, they're spreading the coronavirus," Beshear said of the protesters.