Kentucky Democrats hope for alternate ending, but despite a plot twist a Saturday session should deliver Republican’s predictable victory. 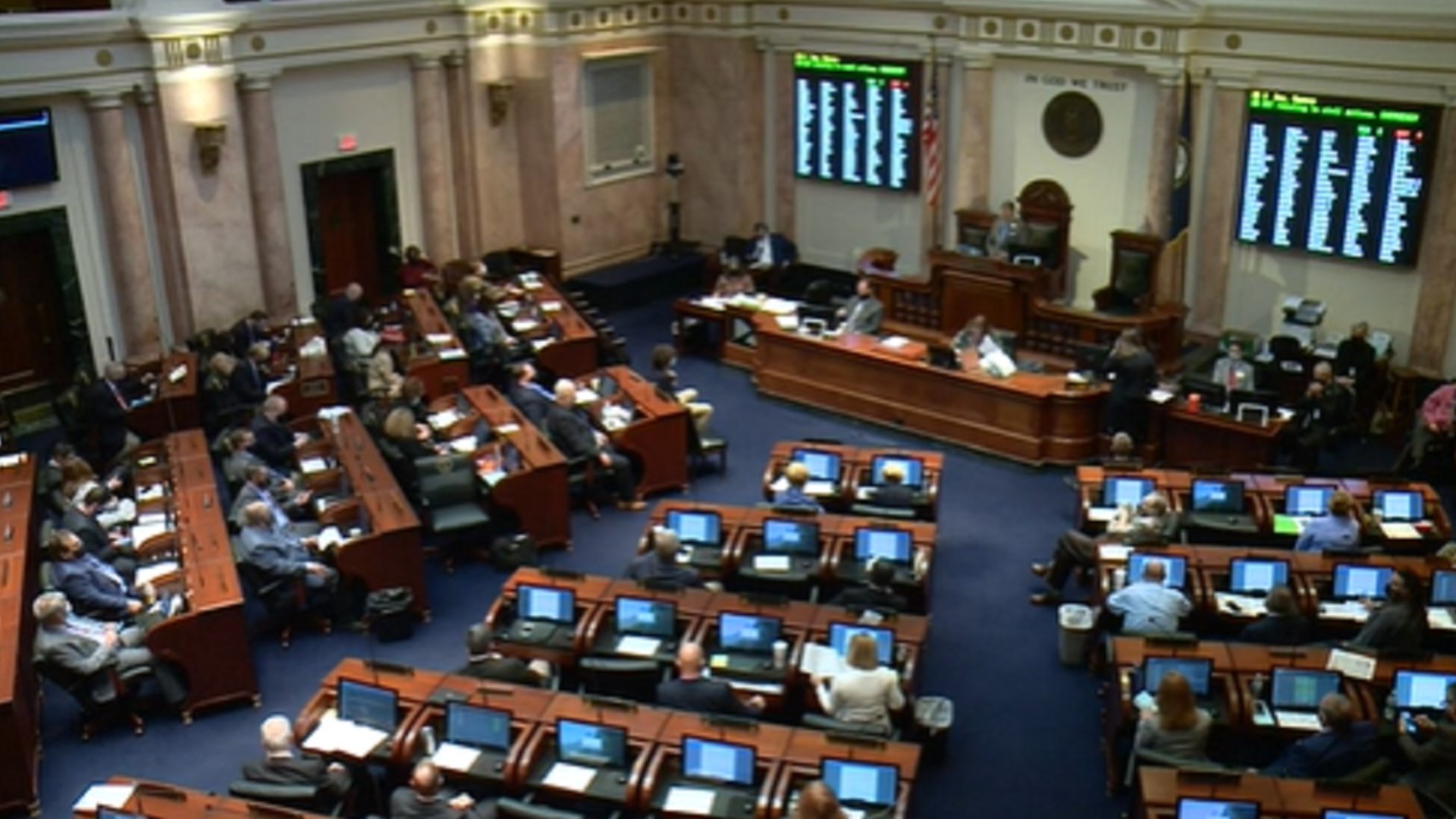 FRANKFORT, Ky. — Kentucky lawmakers are readying for a rare Saturday workday that will end with nearly 10 bills landing on the Governor’s desk.

You can expect Governor Andy Beshear to respond with vetoes to the supermajority’s priorities, but the last 4 days are playing out like a movie we've seen before. This time there's a plot twist although democrats are really hoping for an alternate ending.

A sea of union workers tried to push back a red wave of change in January of 2017. Thousands showed to rally inside the Capitol during a rare Saturday workday for the Kentucky General Assembly and it was the first time in nearly a century, that Republicans controlled the Kentucky House, Senate, and Governor's Mansion.

Seven bills were pounded out in five days, a message sent. Things look so very different this time around. It's quiet, but not entirely calm.

Nine Bills are perched for a Saturday session. This time, pandemic restrictions mean public comment is by call, email, or social media.

A big part of that is facing pandemic issues, which are issues Democrats say the GOP is not truly handling by pushing the bills that they are trying to pass. But another large part is something that both sides of the aisle agree upon--with no public allowed inside to watch or take part in the process, the quiet is a disappointment.

Republicans and Democrats agree the final day of this first week's fast-paced journey would be much better with a rotunda full of Kentuckians.

Democrats know the alternate ending won't be an ability to defeat them this time. It'll have to be Governor Andy Beshear and his expected vetoes.

However, the Republican supermajorities mean they can easily override any veto and, just like last time, you can fully expect lawsuits and court dates.