Record turnout after COVID-19 forced changes to Kentucky’s Primary Election have some asking whether those changes need to be made permanent. 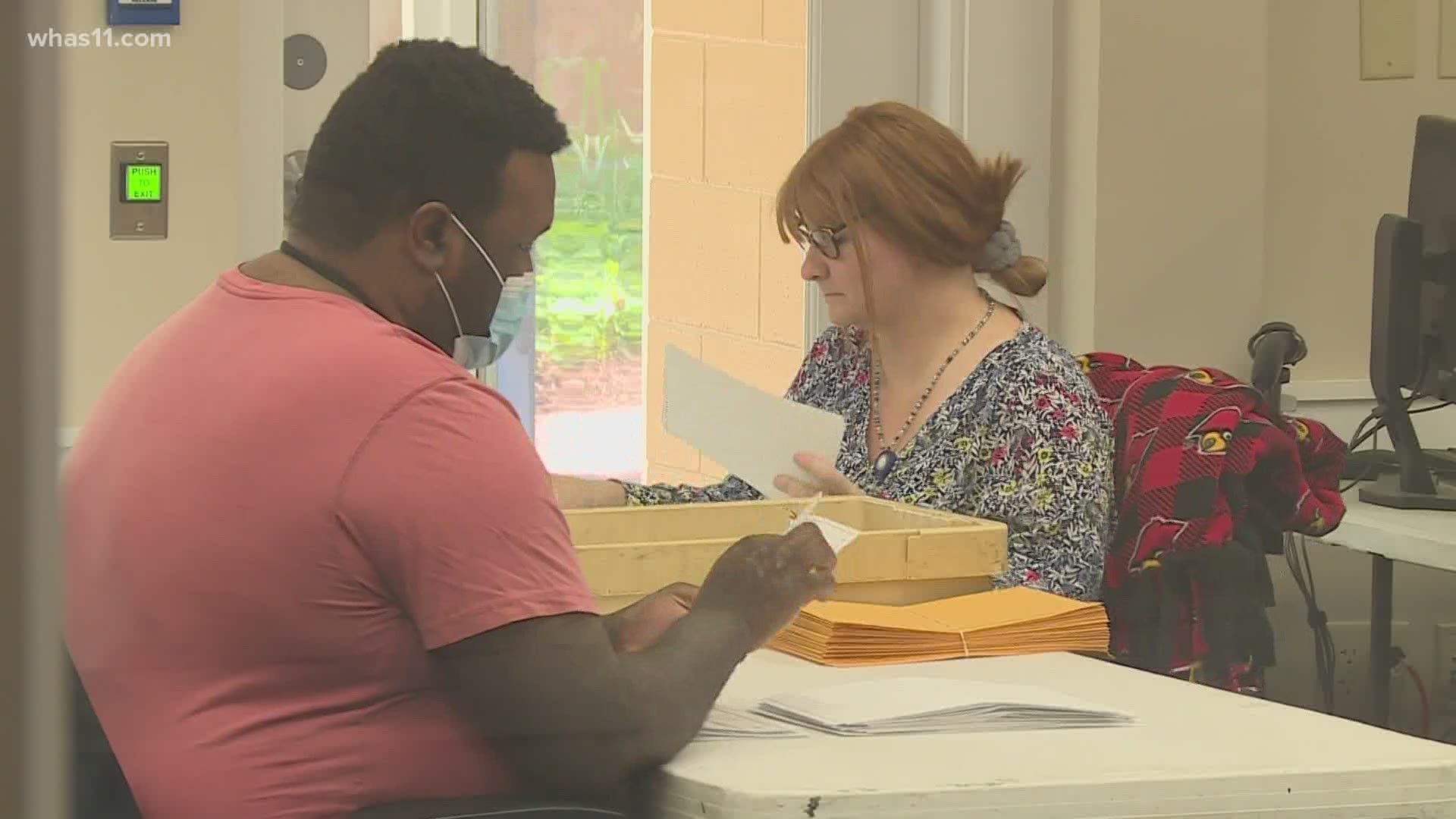 More than 681,000 absentee ballots have been returned and are being processed, According to Kentucky’s Secretary of State. A large percentage of them are at the Jefferson County Clerk’s Office.

The clerk's office confirms 160,000 have been verified with more awaiting verification.County clerks have to report final results to Frankfort by Tuesday, June 30.

Even though results are far from complete, the debate over November is well underway, questions are already being asked about expanding absentee ballots and early voting for November’s general election.

“That drove a huge turnout and I hope we can keep it permanently”, said Governor Andy Beshear. The Democrat Governor of Kentucky endorsed the new process at a Wednesday news conference.

He and Secretary of State, Republican, Michael Adams agreed to push back the date of the primary due to COVID-19. They also allowed vast new options for Kentuckians to vote by absentee ballot making the pandemic a reason to vote through the mail.

The pandemic primary results are still in the hands of volunteers. In Jefferson County, Kentucky’s largest county, volunteers are working 12 hours shifts around the clock to tabulate record turnout.

"The old way we had down to a science. It was perfection”, said Nore Ghibaudy, spokesman for the Jefferson County Clerk. “We could have a city this large, results by 9:30 to 10 o’clock on election day.This is a little bit different process in getting this. The number of bodies it takes to just to do the process of verification of signatures, of applications and then choosing a ballot or getting them in and from the portal and putting all the stuff together for a voter, it takes a great amount of man-work or person-work to do that.”

A Democrat and Republican volunteer verify voter signatures from the card residents signed when they registered to vote. For transparencies sake, a live camera is streamed around the clock and observers from campaigns are allowed to watch.

Even with the changes, and new pressures, officials say things have gone smooth although it’s been exhausting.

Secretary Adams has not jumped in on the debate for how to deal with November. Many lawmakers who supported more mail-in or early voting continue to echo those calls while others want to see how things shake out in the Pandemic Primary first.

“I commend Secretary of State Adams, the State Board of Elections, and our county clerks for rising to meet unprecedented circumstances and delivering a temporary alternative to Kentucky's traditional election day voting. They worked ceaselessly to make the best of a bad situation. However, we are hearing from many Kentuckians that they are looking forward to a shifting the focus to how Kentuckians can vote safely at the polls on election day. This may stem from the fact that many races are still undecided two days later, and we have yet to see what impact early voting will have in what is arguably the most hotly contested Senate Primary in more than a decade,” House Speaker David Osborne says.

Governor Beshear wants permanent changes, although he knows that social media posts by celebrities warning about voter suppression may hurt his chances.

Other stories on WHAS11 News.com

RELATED: Booker leads McGrath but most Kentucky votes not yet counted