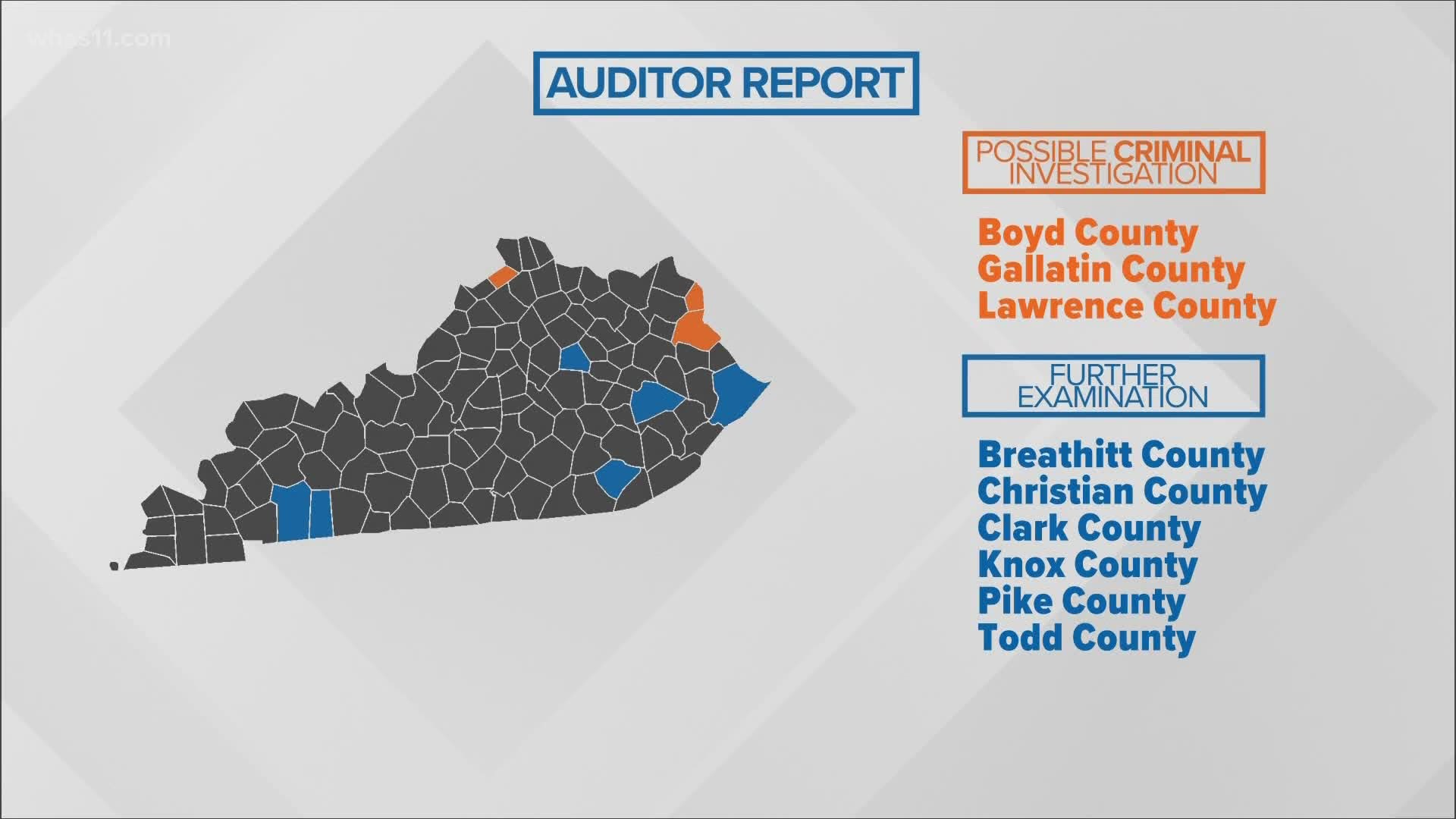 Harmon’s office completed the report that looked into certain financial operations and activities at nine Kentucky county attorney offices between July 1, 2017, and June 30, 2019.  The issues being forwarded for possible criminal investigation include Boyd, Gallatin and Lawrence County Attorney offices.

According to the report, the Lawrence County Attorney is accused of using delinquent tax fees to pay employee bonuses a total of $134,500 over a two year period. Of that, $126,500 was paid to the county attorney’s wife.

In Boyd County, auditors said they found more than $16,000 was paid to a former Child Support Enforcement supervisor in 2018 through questionable activity by the former office supervisor. A Kentucky State Police investigation led to that supervisor being indicted on 77 charges last November.

Auditors said the Gallatin County Attorney’s office paid more than $36,000 in personal expenses related to the county attorney’s private law firm, and most of that money came from the office’s delinquent tax fund overseen by the County Attorney’s wife. That money, Harmon claims, was used to pay credit card bills, a family cell phone bill and expenses for the private law practice.

Six other attorneys were selected for further examination after concerns. Those include Breathitt, Christian, Clark, Knox, Pike and Todd. Auditors did not find issues that should be referred to law enforcement in those counties.

"If we truly want to shine the light of transparency on how public funds are spent, then county attorneys must be included in the same way fiscal courts, sheriffs, and clerks are held accountable to the taxpayers," Harmon said.

"We have broken no laws and made no expenditures that were grossly, unfairly, or illegally disbursed. In fact, the salary supplement made to our Office Manager were specifically allowed by previous guidelines from the Office of Kentucky Attorney and adopted by the Kentucky County Attorneys Association," he said in a statement.

Check back here and tune in to WHAS 11 News for updates to this story.