'Without us and them, who are they?': Local bar refuses to sell Heaven Hill products while workers strike

Buffalo Wings and Rings in Bardstown will remove Heaven Hill products from its menu until the company comes to an agreement with union workers. 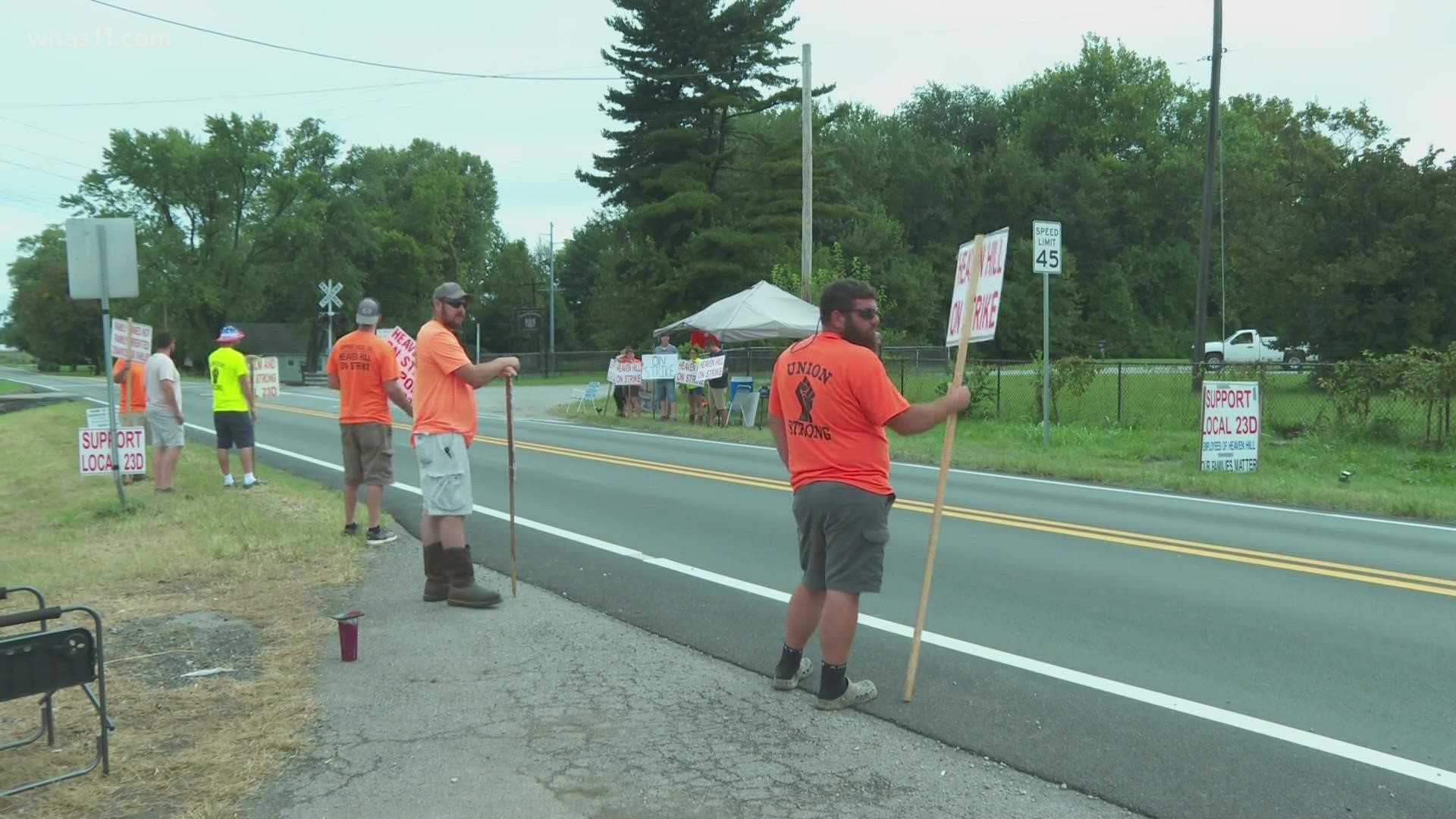 Employees at one of the country's largest distillers have been striking since Monday after 96% of union members agreed to a strike.

"I'll be out here however long it takes to get what we deserve," union member Katie Gaffney said. "I hate that we have to do this to stand up for ourselves like this. We want to come back to work."

Workers gained support from a local restaurant. Buffalo Wings and Rings will stop selling Heaven Hill products until an agreement is reached.

"What were asking Heaven Hill to do is nothing short of what we do for our customers," Buffalo Wings and Rings District Manager Jessica Raikes said.

Bardstown union members are still striking over their new contract.

Now, they have the support of a local restaurant that’s removing Heaven Hill products from its shelves. @WHAS11 pic.twitter.com/UgZWxT5Iol

Wednesday, the Bardstown business cleared the restaurant's shelves of all Heaven Hill products and replacing them with another local distiller.

Raikes counts employees of the distillery among her Bardstown family. She said many of them filled the bar Wednesday in support of the decision.

Union representatives said they have not heard any updates and Heaven Hill told WHAS11 they have no updates.

Workers on the picket line have been rotating strike shifts, taking time to pick up their kids and see their families. Priorities they said the proposed contract would have hindered.

"We made the millions, billions during the pandemic we were essential but we're not so essential anymore," Gaffney said.

They told WHAS11 they're prepared to continue striking until they reach an agreement with Heaven Hill.

"Thursday evening, the membership of the United Food and Commercial Workers Local 23-D failed to ratify a new five-year contract with Heaven Hill. Since the company was founded, the support of our employees has been a source of pride and we have had productive conversations with the union for several months now regarding components of the contract. We will continue to collaborate with UFCW leadership toward passage of this top-of-class workforce package."

Thursday, the Kentucky Bourbon Festival began in Bardstown. COO/President Randy Prasse said Heaven Hill was slated to be there, but withdrew.

RELATED: 'This is on them": Distillery workers strike in Bardstown, here are their demands