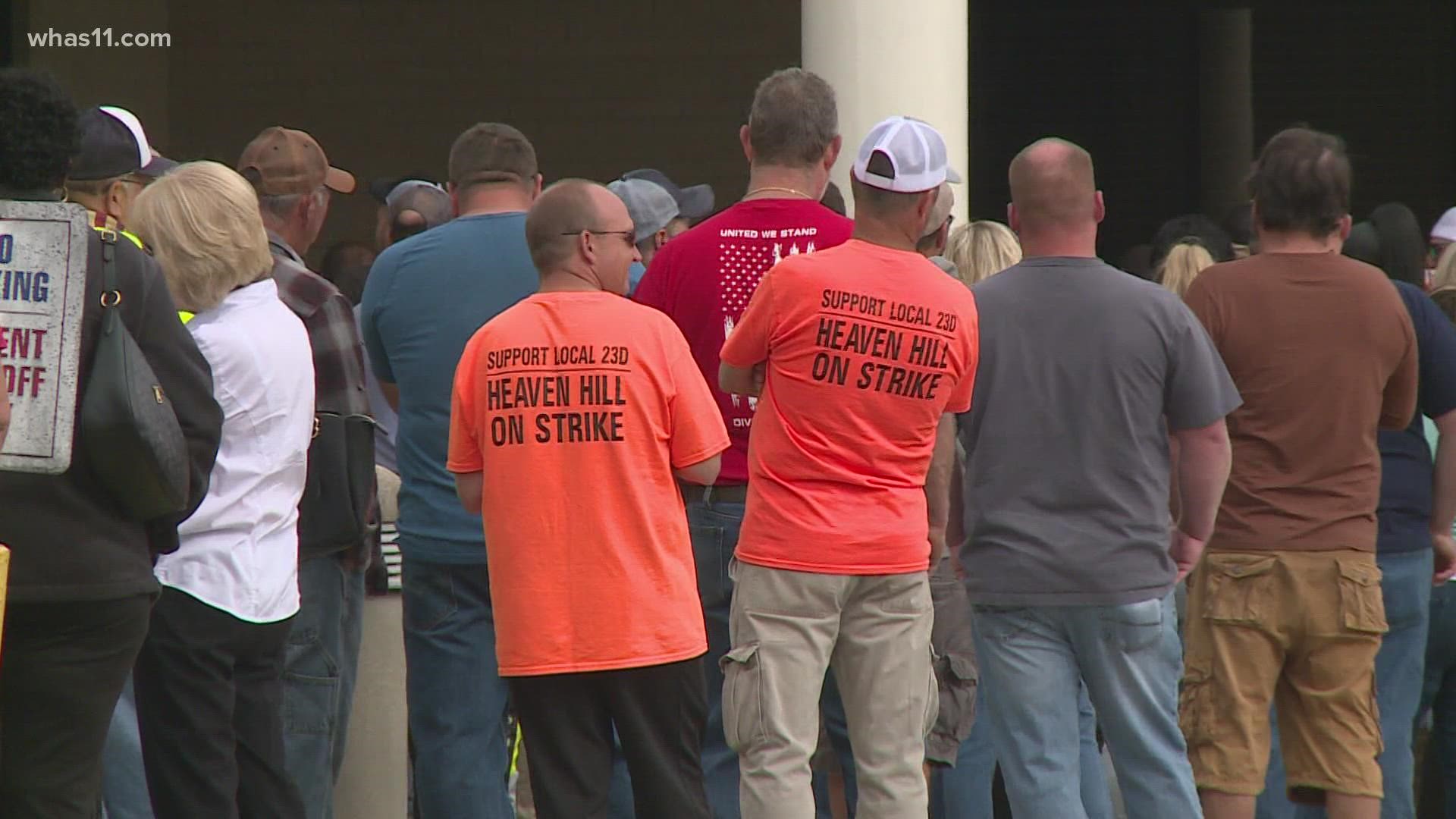 BARDSTOWN, Ky. — The union representing workers at the Heaven Hill Distillery said workers have voted yes on a five-year contract that will end a six-week strike.

Heaven Hill and UFCW 23D reached a tentative agreement Friday with members voting on the contract on Saturday.

The news comes days after negotiations hit a low point with union members arguing language in the current contract referenced traditional and non-traditional schedules which would require employees to work weekends.

With the new contract, employees are set to receive $3.09 per hour over the life of the contract, additional vacation days, overtime protection and maintaining the traditional, Monday through Friday 40-hour workweek to ensure employees aren’t forced to work weekends.

“This new Heaven Hill contract is a strong reminder of what is possible when Kentucky workers stand together to protect the good jobs that keep our economy growing and our communities and families strong,” Union President Matt Aubrey said. “Together, these hardworking Kentuckians preserved the affordable healthcare, overtime pay, and fair scheduling that enables them to balance work with supporting their families.”

Heaven Hill released a statement after the contract was finalized.

"Heaven Hill is grateful to learn the United Food and Commercial Workers Local 23-D ratified a new five-year contract with Heaven Hill. We look forward to welcoming our team members as we transition back to normal operations. The agreement continues Heaven Hill’s long-standing commitment to its team members with industry-leading health care, wage growth and increased schedule flexibility."

Heaven Hill workers voted on the latest proposal on Sept. 9 with 96% of them rejecting the contract proposal. That strike began on Sept. 11.

The final contract received about 195 no votes.

RELATED: 'Without us and them, who are they?': Local bar refuses to sell Heaven Hill products while workers strike