"Our goal is to grow this in a very impactful and meaningful way," Christopher 2X said. 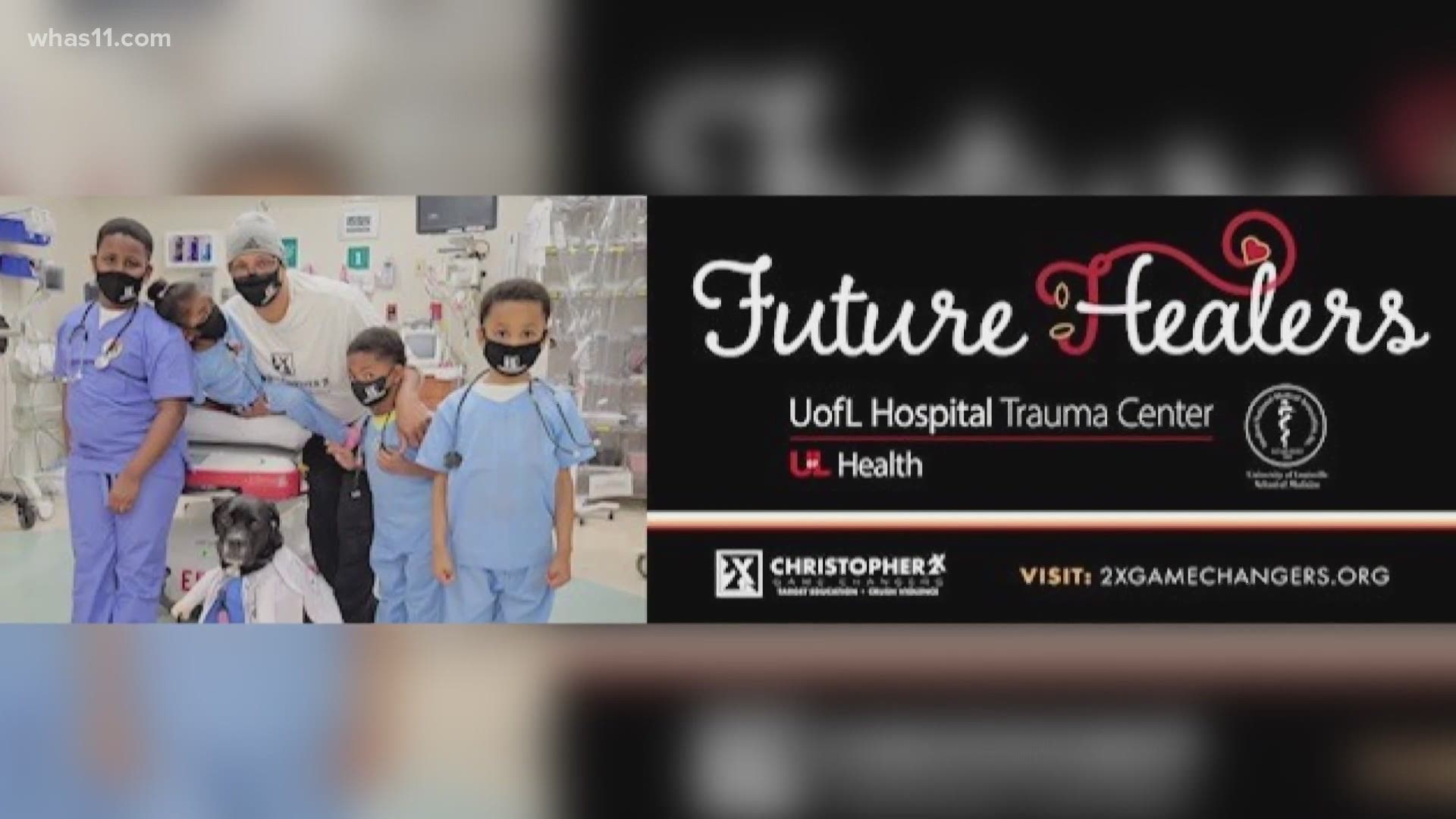 LOUISVILLE, Ky. — So far this year, 100 criminal homicides have been recorded in Louisville; 13 of them include kids younger than 18.

On Tuesday, Dr. Keith Miller and community activist Christopher 2X began discussing what they call a public health crisis and how gun violence is causing second-hand trauma to the city's youth.

To combat this, UofL Health and Game Changers are coming together to work on a pilot program called Future Healers.

"Our goal is to grow this in a very impactful and meaningful way," Christopher 2X said.

Where UofL medical students work with young kids who have been affected by gun violence and help them navigate through those feelings and build a better future for them.

The program is still in the beginning stages but is expect to help kids connect in more ways than one.