Record numbers of Kentuckians voted in 2020. Early voting was credited with allowing opportunities and it may become permanent in the Bluegrass. 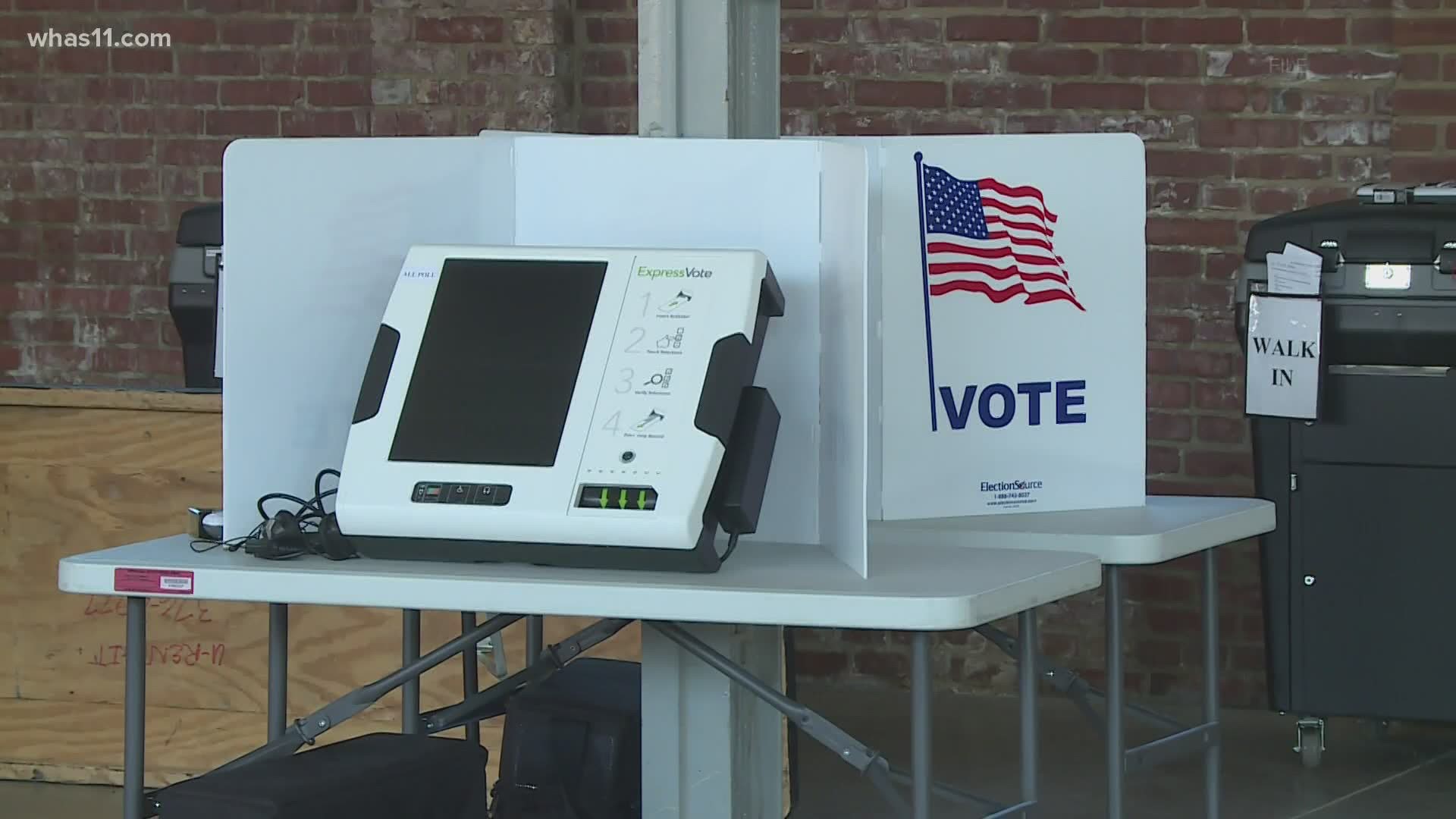 FRANKFORT, Ky. — "A mistake" to let two people make all the rules - the comment came during a hearing in which a plan to make changes to Kentucky's election laws was discussed on Monday.

This plan puts the power back in the hands of the General Assembly where lawmakers insist it has to be.

Early voting seemed to be a hit in Kentucky in 2020. It was a result of the pandemic changes pushed through by Governor Andy Beshear and Secretary of State Michael Adams.

Those two men came from two different parties to come together to pull off the election which has been used as a successful example after several states experienced issues.

A plan is now moving that would keep some early voting but nothing like 2020.

House Bill 574 would make the Thursday, Friday and Saturday before an election day early voting days. Ballots would have to be received by the end of election day and counted on election day.

This plan also allows for counties to petition for regional voting centers similar to what we saw last year.

Senate Majority Floor Leader Damon Thayer made it clear during the hearing that while he disagrees with portions of this bill he's willing to compromise, especially if it means the General Assembly puts into law that no longer could a governor and secretary of state dictate the manner of an election.

“We made a mistake last year by letting two people decide the manner in which an election takes place and I wish we hadn't done that," Senator Thayer Said. “That is the sole purview of the general assembly, that is the law of the land."

The plan sponsored by Representative Jennifer Decker also dictates that any new voting machines purchased allow for a paper trail. Representative Decker said that county clerks expect to be buying a lot of new machines in the coming year as the old ones are getting worn out.

HB 574 is expected to receive a full Senate vote on Tuesday. If it passes, it will head to Governor Andy Beshear’s desk.