While they did not gather in person, people still took part in a motorcade protesting to reopen Kentucky. 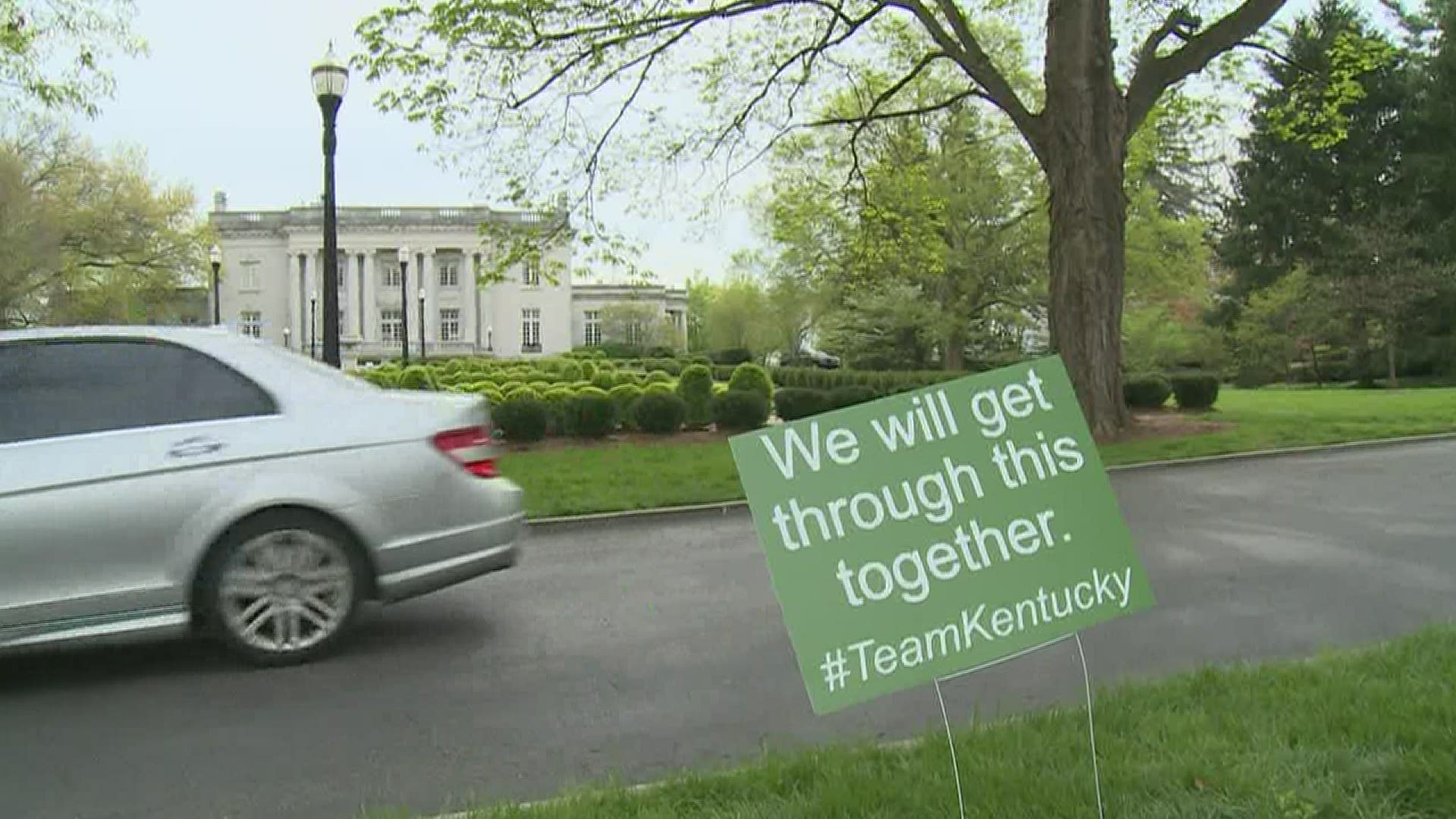 Some of the protesters had participated in the demonstration that disrupted the governor's Wednesday press conference, chanting, "We want to work" and "Reopen Kentucky."

Since that time, Kentucky Department for Public Health Commissioner Dr. Steven Stack said protests like the one Wednesday were dangerous and could result in more coronavirus cases and deaths.

"Our right to express ourselves should not expose others to danger that could lead to death," Stack said.

Instead, protesters were allowed to participate drive-in demonstrations. Kentucky State Police placed stakes in the ground and Styrofoam board insulation in the windows where the briefing takes place.

The protesters did follow state requirements, remaining in their cars. The governor said he intends to announce plans on a timeline for reopening the state's economy during today's press conference. He already announced he was joining the governors of Illinois, Indiana, Ohio, Michigan, Minnesota and Wisconsin in preparing plans.

A woman participating in the protest said she has been laid off from her health care industry job since the crisis. While she would not show her face, she said she was at the capitol because she felt the closures are putting many at risk.

The number of cars participating in the protest were between 15 and 30 at the most—much smaller than the Wednesday night crowd. Those who took part said they just hope the governor could hear.

RELATED: 'We want to work': Protesters gather at Kentucky Capitol over coronavirus lockdown