Health experts across the country say the delta variant is rapidly spreading, especially among people who have not been vaccinated. 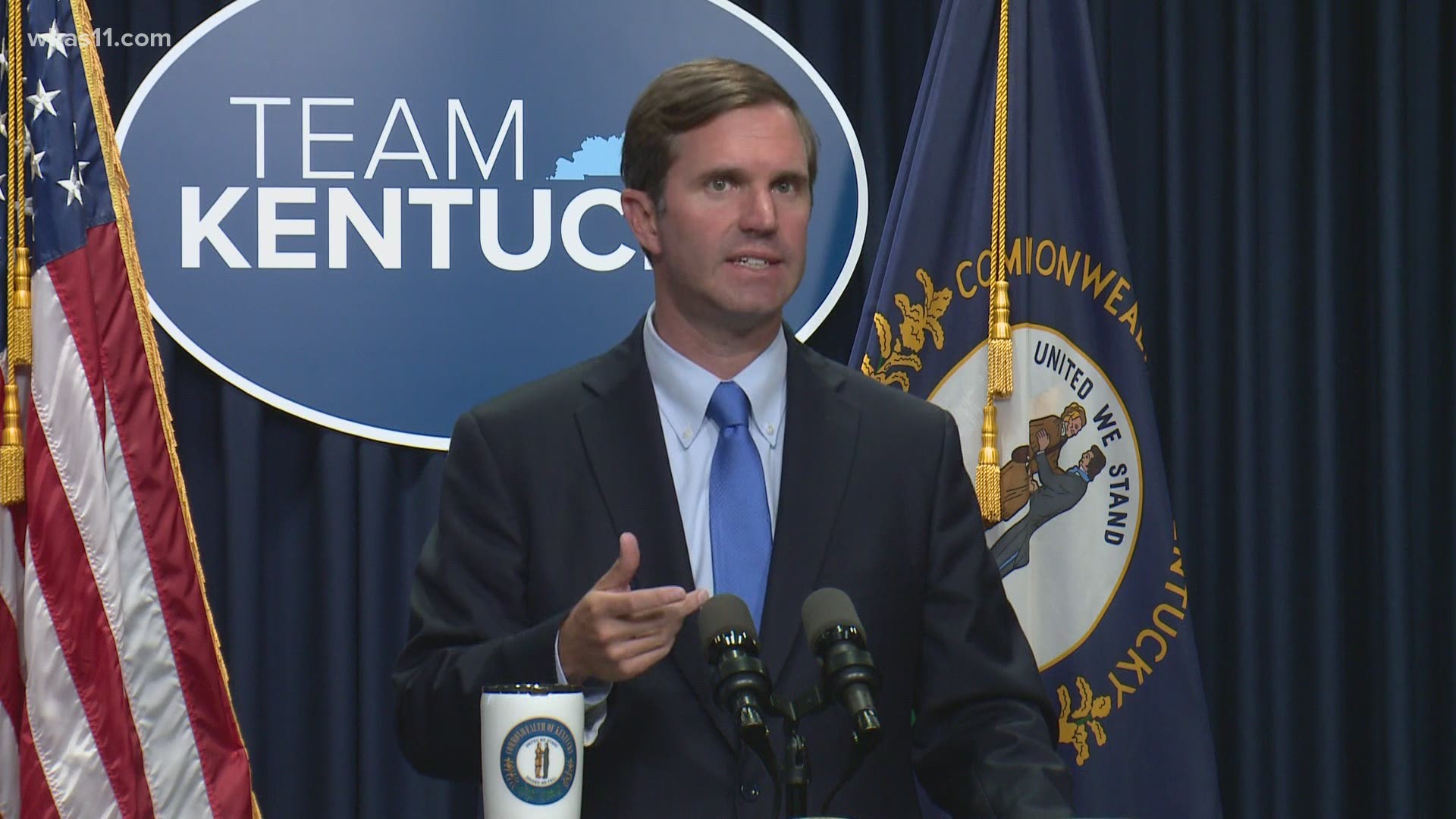 LOUISVILLE, Ky. — Kentucky Governor Andy Beshear and Public Health Commissioner Dr. Steven Stack held their first news conference in over a month to discuss the delta variant, which is spreading rapidly across the country.

Last week, data showed that Kentucky is seeing an increase in COVID-19 cases and the state's positivity rate is also on the rise, currently at 5.45%. That's after months of cases trending downward.

"Positivity rate had plummeted to numbers we had prayed for. [But] we have now had three straight weeks of increasing cases," Beshear said.

According to Beshear, the delta variant is the most aggressive variant detected so far and it may be more fatal than other variants.

"This is one that can be deadly to just about anyone," Beshear said.

Louisville Metro Department of Public Health and Wellness has confirmed at least five cases of the variant.

“It’s spreading like wildfire, particularly in the unvaccinated population,” Stack said, who says 4.5 percent of positive tests across the state have come back as the delta variant so far but calls that an undercount of the real number.

Both Beshear and Stack urged unvaccinated Kentuckians to get the vaccine as soon as possible, saying it's the most effective way to protect yourself and others from infection and serious illness.

The governor said the delta variant is already hitting the unvaccinated population harder around the state.

“Every death that occurs from this point forward, even if we get new strains beyond the delta, is probably a preventable death from COVID if they were just vaccinated," Stack said.

So far, 4.1 million doses of the vaccine have been administered in Kentucky, and 2,48,235 unique individuals have received the vaccine. Of those 18 and older in the state, 61% are vaccinated, with most of the vaccinations seen in the 50 and older population.

State officials also warned of a return of infection clusters. Based on data from health departments, there have been 34 clusters identified in Kentucky from May 31-July 16.

To protect against the spread of coronavirus and the delta variant, Kentucky shared mask recommendations:

When asked about his decision to lift the statewide mask mandate weeks ago, Beshear said it was the right decision and that they won't be going back.

For restaurants in Louisville, like Ricky B's Club Cafe, business has been on the up since its grand opening last July.

"We don't want to go back to restrictions, of course," said owner and operator Rick Bartlett.

Ricky B's is closed on Mondays, but owner Rick Bartlett remembers the look of many slow days -- something he had to fight through. He says masks coming off, clearly has brought more people in.

"I'd consider it, I'd definitely consider, but whoa that's a tough one. I don't know if I'd go all the way back there," Bartlett said about having his vaccinated workers wear masks going forward.

Bartlett tells me he'll do what it takes to make his workers and customers feel comfortable. He says if they'd like to wear masks, by all means.

On Monday, July 19, the American Academy of Pediatrics (AAP) recommended that all students wear face masks in the fall when they return for the school year. The face mask guidelines from the AAP differ from updated school recommendations the CDC announced recently.

What is the delta variant?

It’s a version of the coronavirus found in more than 80 countries since it was first detected in India. It got its name from the World Health Organization, which names notable variants after letters of the Greek alphabet.

Experts say the delta variant spreads more easily because of mutations that make it better at latching onto cells in our bodies. In the United Kingdom, the variant is now responsible for 90% of all new infections. In the U.S., it represents 20% of infections, and health officials say it could become the country’s dominant type as well.