This protest comes after calls to remove Confederate monuments across the country, and here in Kentucky. 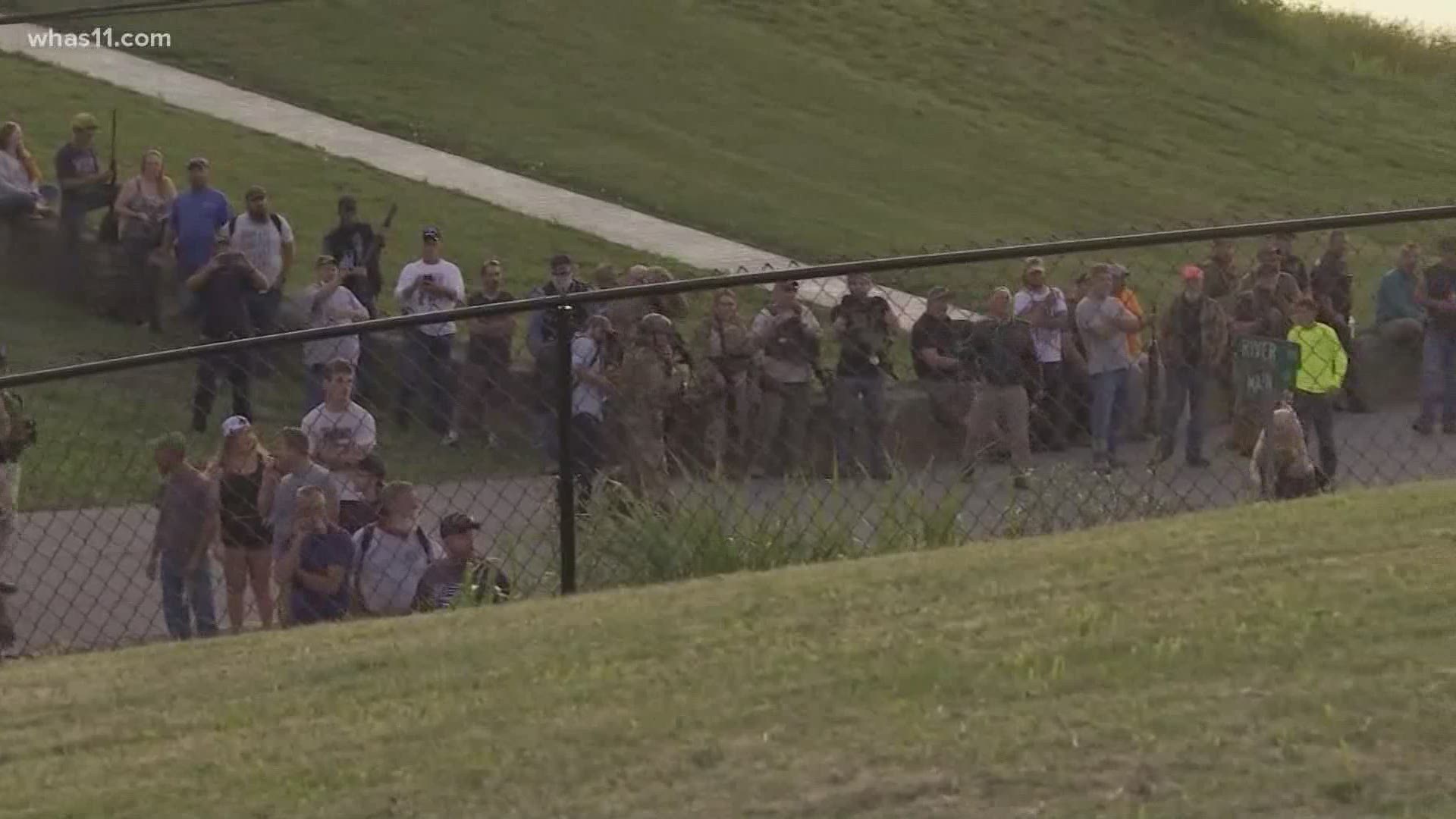 BRANDENBURG, Ky. — It was a tense scene between protestors and a crowd of people, many carrying guns, surrounding the Confederate monument in Brandenburg, Ky.

Brandenburg took the Confederate Veteran’s Monument from Louisville in 2016, after the city removed it from the front of the UofL campus, where it had been for 120 years.

A crowd of people lined up in front of the monument to keep protesters back. There were some moments of confrontation between that group and the protesters who are calling for the monument’s removal.

WHAS11 talked to Cletus Evans, a resident who said he supports peaceful protests.

“There's some legitimate groups that have very good advocating rights to protest and they do it peacefully. It's just like when Dr. Martin Luther King protested, he did peaceful protests. It's the groups that went beyond that and tear up buildings, that's when, you can't gain anything from that,” Evans said.

This protest comes after calls to remove Confederate monuments across the country, and here in Kentucky. Recently, the John B Castleman statue was removed from Cherokee Triangle in Louisville, and a decision was made to remove the Jefferson Davis statue from the Capitol rotunda in Frankfort.

RELATED: Protest planned at the State Capitol over unemployment