According to Governor Andy Beshear, more than 1.4 million Kentuckians have been vaccinated. 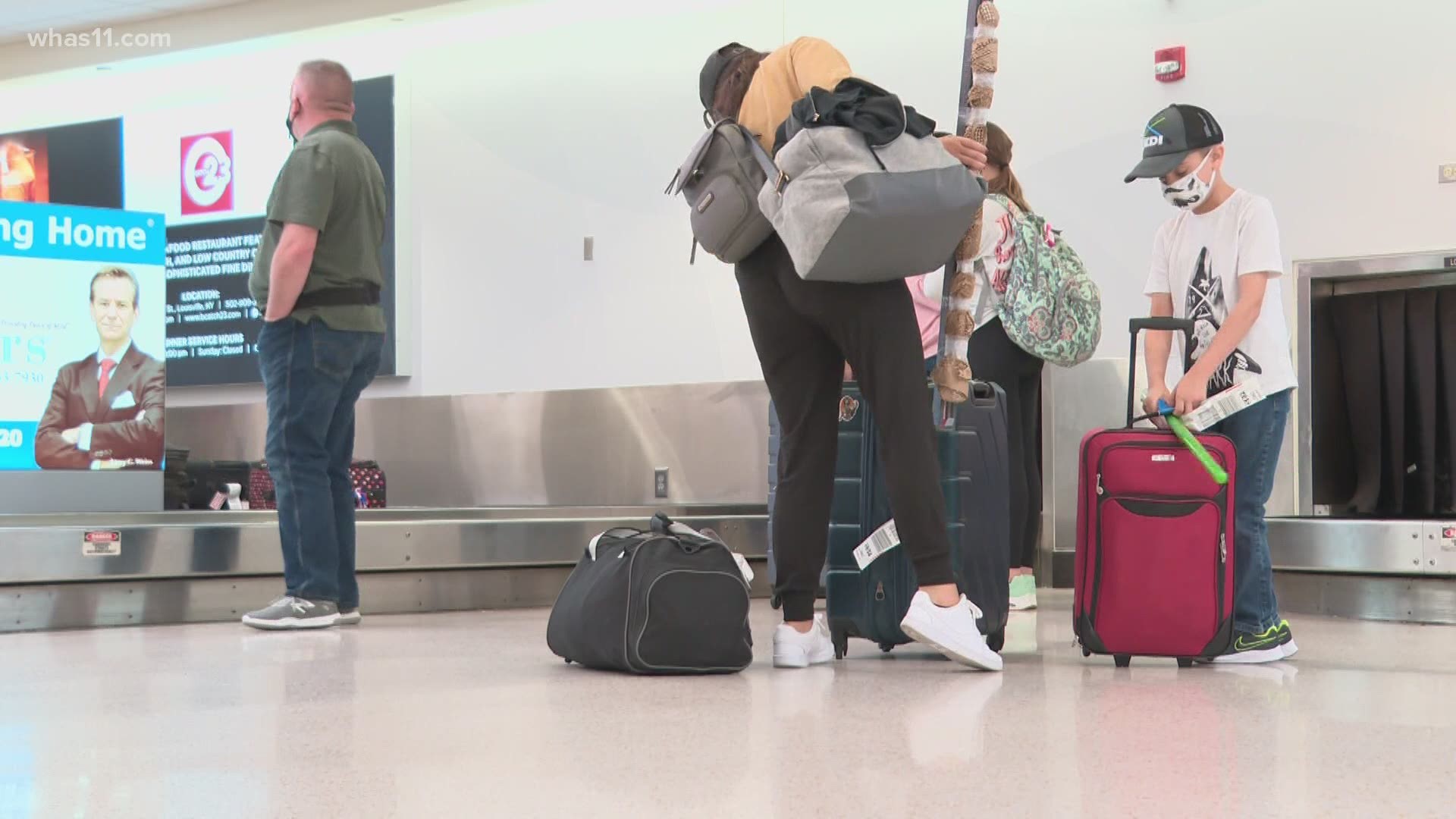 LOUISVILLE, Ky. — This is a weekly blog with daily updates on COVID-19 numbers, COVID vaccine and other related content across Kentucky for the week of March 29, 2021.

There are currently 368 Kentuckians hospitalized, 89 in ICU and 50 on ventilators.

According to Governor Andy Beshear, more than 1.4 million Kentuckians have been vaccinated.

There are currently 411 Kentuckians hospitalized, 92 in ICU and 45 on ventilators.

JCPS announced a COVID-19 vaccine site will open at Whitney M. Young Elementary in West Louisville. The district is working with the Humana Foundation, Norton Healthcare, Louisville Metro Public Health and Team Kentucky to provide the clinic, which will run for several weeks.

Governor Beshear announced the opening of the largest drive through vaccination clinic in Kentucky at Cardinal Stadium which will be operated by UofL Health. The site will operate for seven weeks, starting on April 12. Those eligible may register for a vaccine at this site starting March 31 by phone at 502-681-1435 or by visiting uoflhealth.org.

So far, 1,352,447 Kentuckians have received at least their first dose of the vaccine.

“We are on a positive trajectory – we are leading all of our seven border states in administering at least one dose of the vaccine and our positivity rate continues to decline –  but we need to keep working hard and not give up,” Gov. Beshear said in a release.

About 40% of Kentucky adults have been vaccinated so far.

“We need every eligible Kentuckian to join the team and get the first vaccine available them," Beshear said.

Kentucky continues its downward trend of new cases of the COVID-19 virus for an 11th consecutive week, according to Gov. Andy Beshear.

Kentucky has reported 310 new cases and 11 deaths associated with the virus.

Eight counties in the commonwealth are in the red zone, the governor said.

Beshear is urging people to get vaccinated as 41 variant cases of the virus have been found in the state. Eight of those cases were found in Jefferson County.

"We have to get enough people vaccinated before this thing mutates further and before the B.1.1.7. -- that's the UK variant becomes the dominant strain in Kentucky because it spreads faster," he said.

Credit: Office of the Governor
Gov. Andy Beshear says 41 variant cases have been found in Kentucky.

So far this week, Kentucky has vaccinated 115,820 people with two more days of reporting to go, Beshear said.

An estimated 1,319,323 Kentuckians have been vaccinated; 93% of all first doses used while 82% of both doses have been used. This also translate into 40% of those 18 and up who have received the vaccination.

Beshear said 70% of the Commonwealth’s 70 and older population have received their first shot of hope.

Since Sunday, March 28, Kentucky has recorded 425,024 positive cases and 6,031 deaths associated with the virus.

Hospitalizations continue to trend downward with 381 reported, 96 currently in intensive care and 39 on a ventilator.

Overall, Kentucky has reported 425,024 positive cases and 6,031 deaths associated with the virus.

RELATED: Survey: 91% in Jefferson County would get a COVID-19 vaccine if available