Bullitt County property owners along Blue Lick creek were upset after finding 41 truck loads worth of sludge dumped by a contractor killed wildlife. 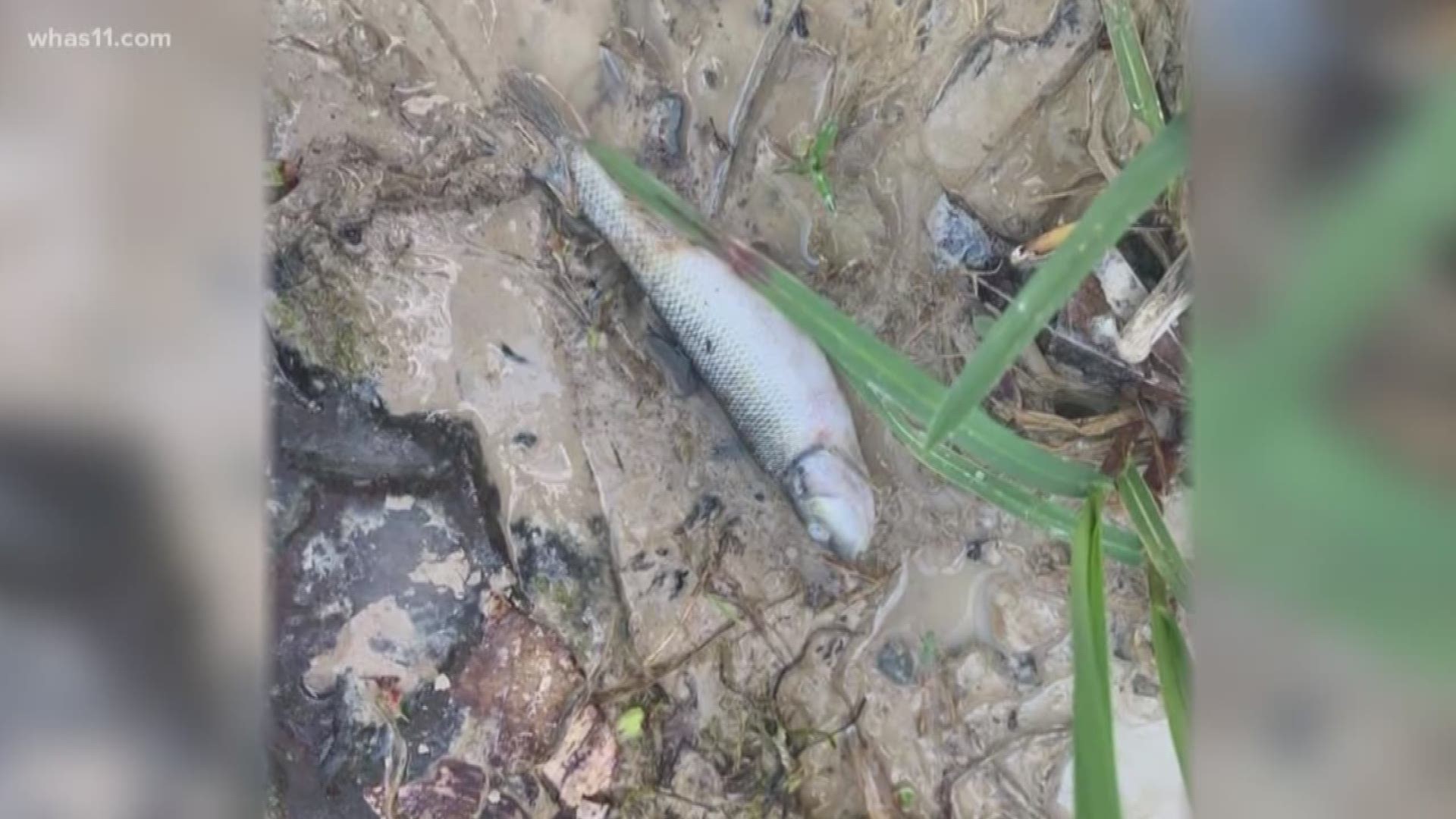 SHEPHERDSVILLE, Ky. — For over two miles of Blue Lick creek in Bullitt County, a thick sludge runs along with the water.

"Everywhere, everywhere. Some places worse than others," Rhonda Gribbins said.

Some spots along the creek are more than a foot deep of slurry, a liquid formed from diamond-grinding. It is a process of cutting concrete during pavement work.

Gribbins posted pictures of the waste and deceased wildlife to her Facebook page, in a post that's been shared over two-thousand times.

The concrete waste traces back to Bluegrass Contracting, a company working for the Kentucky Transportation Cabinet to do pavement work on Poplar Level Road.

"It's a violation, it's a serious issue," John Mura said.

Mura is the director of communications for the Kentucky Energy and Environment Cabinet.

He said there are 41 truck loads, with over 4,000 gallons each, that have been dumped.

Clifford said Bluegrass Contracting's sub-contractor had permission from a property owner to dump the concrete waste on their land.

"It's just sad, it's really, really sad. We work so hard to protect the environment, and someone is just this reckless with it," Gribbins said.

The Kentucky Energy and Environment Cabinet, along with several other agencies are investigating the site. Gribbins said she has spoken with the federal EPA and the Army Corps of Engineers out on site as well.

"This won't all be cleaned up in the next few days, it'll be stretched out to, my guess is weeks," Mura said.

Mura said the biggest priority right now is to quickly contain the slurry, so it doesn't spread. He said the concern is that any rain will cause the waste to spread farther.

From there, Mura said the plan is to remove the slurry and then restore the stream back to fully-functioning form.

"And how they're going to get it out? I have no idea," Gribbins said. "What a waste."

Gribbins says she's concerned about her grand kids who play in the creek,her family's pets that drink from the creek, and all of the wildlife harmed by the murky water.

"I just want to get it fixed and cleaned up and hold the people accountable that should be," Gribbins said.

WHAS11 reached out to Bluegrass Contracting. It said the company has no comment at this time.