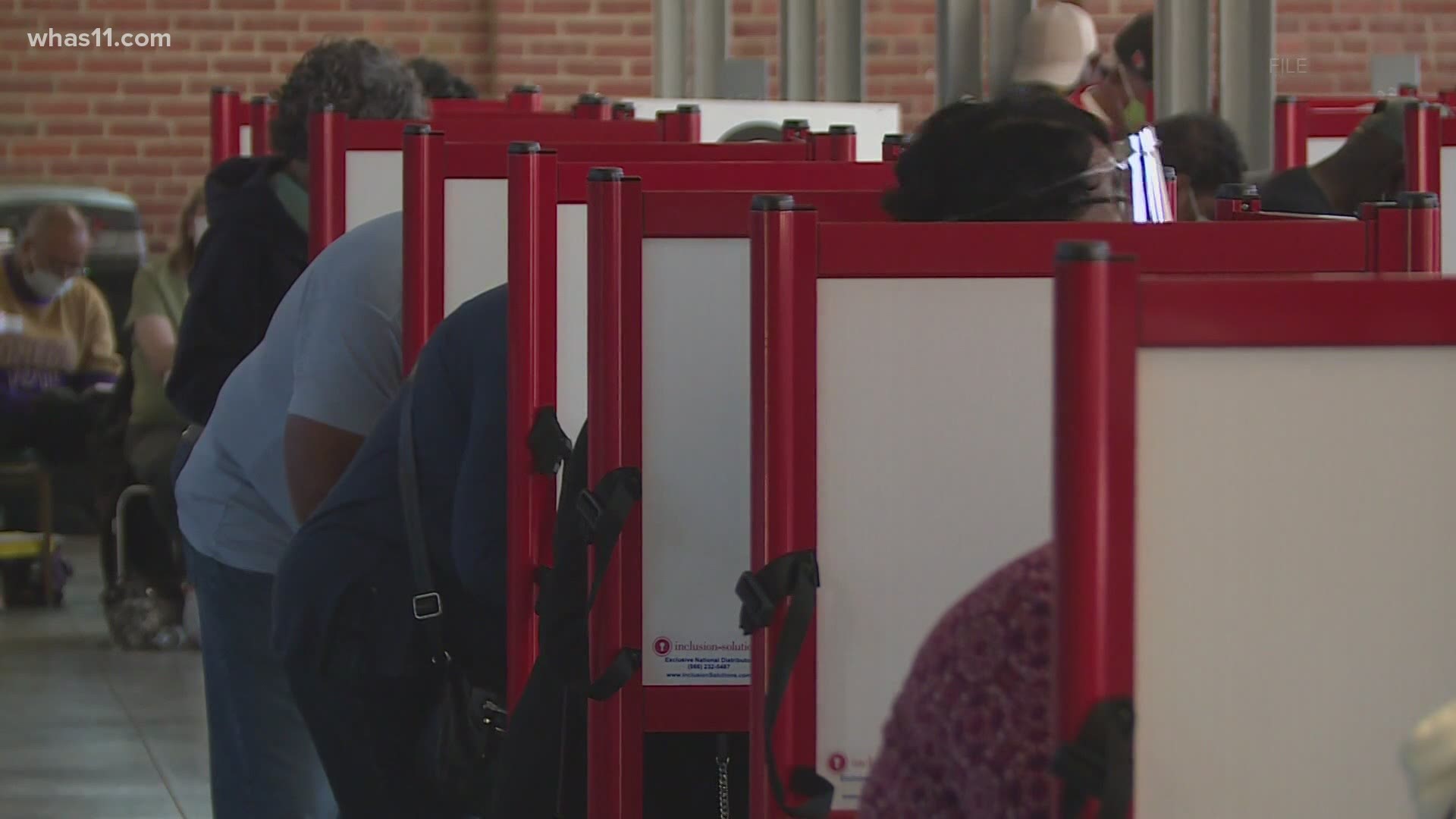 LOUISVILLE, Ky. — Thousands of Jefferson County voters headed to the polls during the first week of early voting. According to the Jefferson County Clerk’s Office, 29,268 people already casted votes at the four voting sites by the third day.

Even with the growing turnout, community leaders are still pushing neighbors to go and vote.

Findley hosted a ‘Rock the Vote’ event on Friday at Petersburg Park in the Newburgh neighborhood, using live music and performances to remind people they need to vote.

“It's about realizing it's more than just a presidential election. There are resources that are divvied up and if you don't have the right elected officials in those positions, many times our neighborhoods are missing out,” he explained.

On Tuesday, a trail of cars drove voters from the Louisville Urban League to the African American Heritage Center voting site. Findley said he'll be there when they do it again on Saturday.

“I think it's history. I love seeing people who are coming out to vote who have never voted before.”

Almost 175,000 absentee ballots have been sent out in Jefferson County.

Early voting polling places are open Monday through Saturday, 8:30a to 4:30p.