“There is nothing more serious than how we show up for, respond to and address the health and safety of our communities...,” Gov. Beshear said. 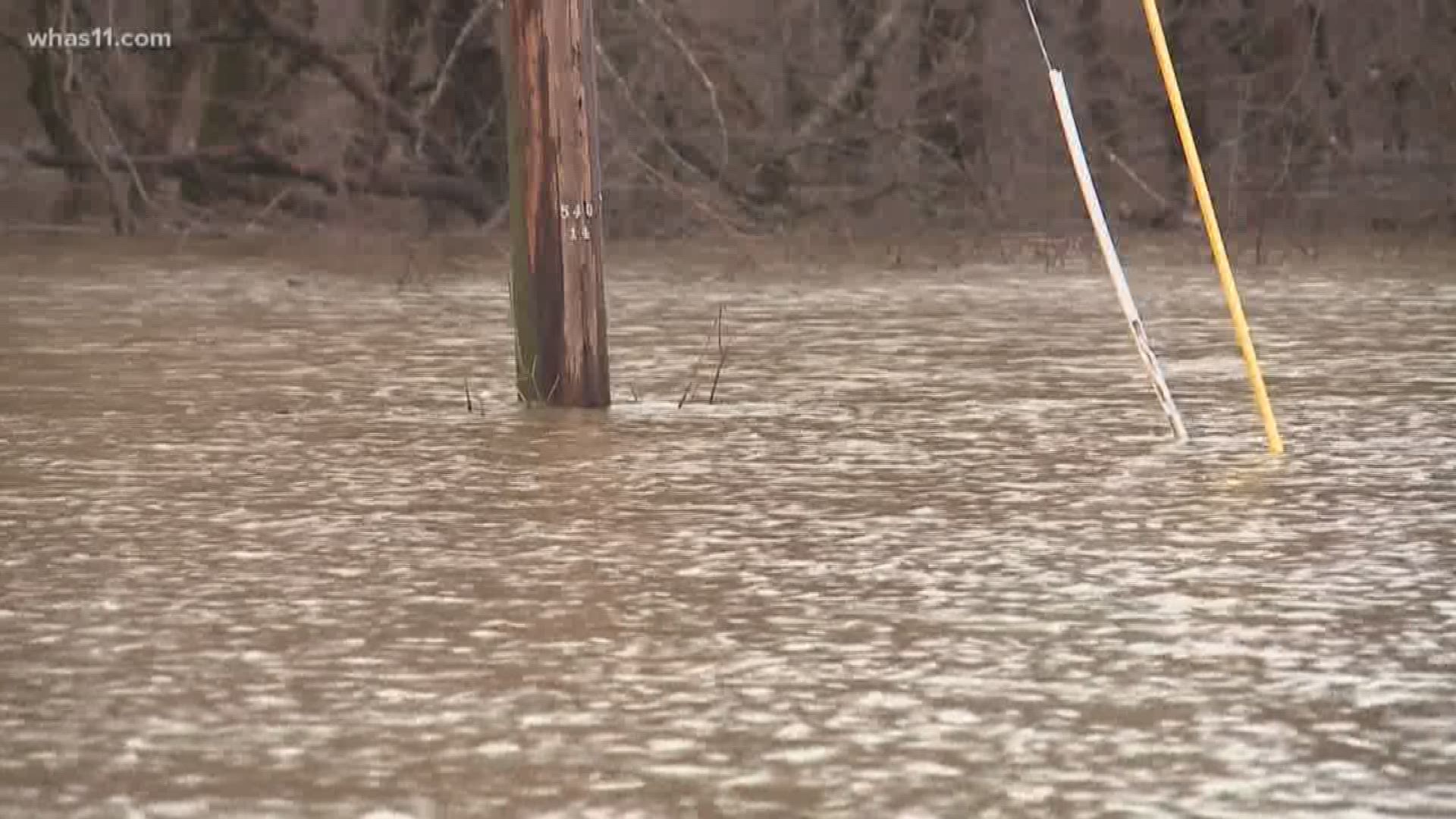 “There is nothing more serious than how we show up for, respond to and address the health and safety of our communities, especially in a time of need,” Gov. Andy Beshear said. “We are in constant contact and coordinating the response with local, state and federal emergency management officials to protect our people in Southeastern Kentucky.”

WHAS11’s Senait Gebregiorgis and Photojournalist Steven Peake are in Knox County, which is one of the areas hit the hardest.

Officials there measured the nearby Cumberland River at its highest peak since the flood of 1977. It is expected to rise to 26 ft. by 10 p.m. tonight, according to the county EMA director. Floodwaters are expected to recede in a couple of days.

In the meantime, crews are handing out cleaning supplies through next week.

Barbourville residents are beginning cleanup once again, after dealing with flooding last week. Officials said they made 31 rescues since last week and around 50 homes had a few feet of water inside.

"We've been stuck behind the water for probably four or five days. When I walked down in the basement there was water coming through the walls. I spent like 24-26 hours straight down there with shop vacs and push brooms. I had to get another sump pump out to pump it. It's just been terrible out here,” one resident said.

Gov. Beshear said many have stepped up to help with relief efforts, including the U.S. Army Corp of Engineers and the American Red Cross. He said many state agencies are also responding to flooding needs, such as the Kentucky National Guard, Department of Public Health, Transportation Cabinet and Kentucky Energy and Environment Cabinet.