Cicadas are on their way in Kentucky; should you protect your trees?

The cicadas known as Brood X usually stay around for six to eight weeks before they head back underground for another 17 years. 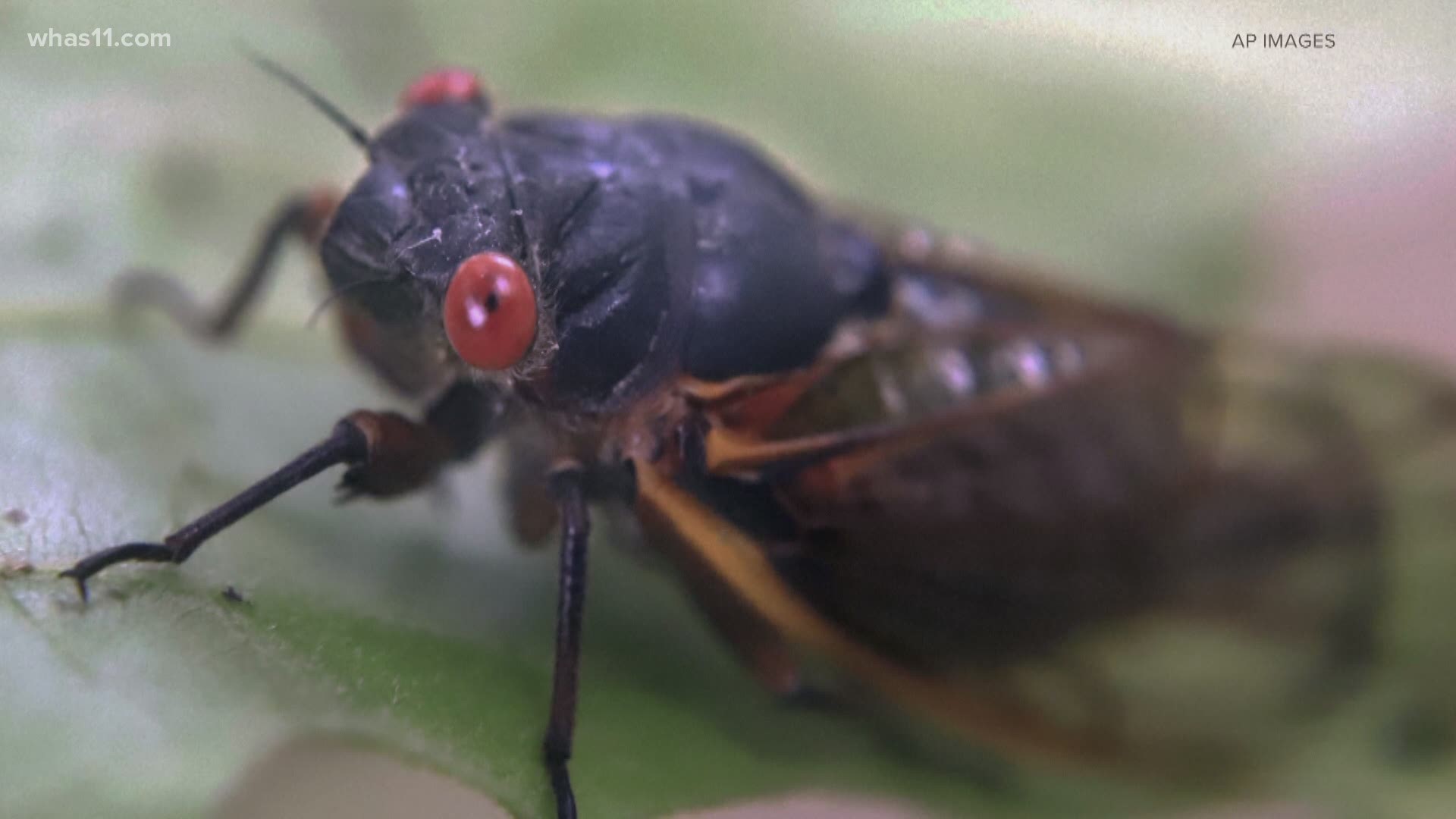 LOUISVILLE, Ky. — The skies will soon be filled with the buzz of cicadas with the red-eyed flying bugs expected to make their appearance any day now.

"It's a beautiful celebration of nature," University of Kentucky extension entomologist Jonathan Larson said. "It is life and death and poetry all at once. They come out, they sing their songs, they mate and then they all perish."

The cicadas, labeled as Brood X, are found every 17 years on the eastern side of the United States. Larson said this phenomenon is not found anywhere else in the world and the cicadas will usually stay around for six to eight weeks.

While many may get squeamish at the thought of tons of bugs flying around, Larson said they are mostly harmless when it comes to people.

RELATED: Trillions of cicadas about to emerge: What you need to know about Brood X

"Cicadas are not stingers. They're not biters," he said. "They do have little tiny claws on their feet that can sometimes grip onto you if you're trying to play with them and pick them up."

Larson said cicadas also do not have any interest when it comes to pets or garden plants, but he said the bugs are known to cause some damage to trees.

"The only problem that we really see with them is when the adults mate, the female wants to lay her eggs and she does that in the twigs and branches of trees," he said. "And when she lays those eggs, she slices a thin slice into the bark."

In the most extreme cases, this can lead to trees dying or having their growth stunted, though Larson said this does not happen often and usually affects fruit tree farmers the most.

While big trees will likely be able to recover with no issues, Larson said people can protect their young trees that have been recently planted with a net.

"It's netting that has holes that are smaller than half an inch and that means that the female cicada is excluded from the tree," he said. "She can't get through and lay her eggs anymore."