While 4,000 doses per day was the original goal for the mass vaccination site, it's only hit about half that. 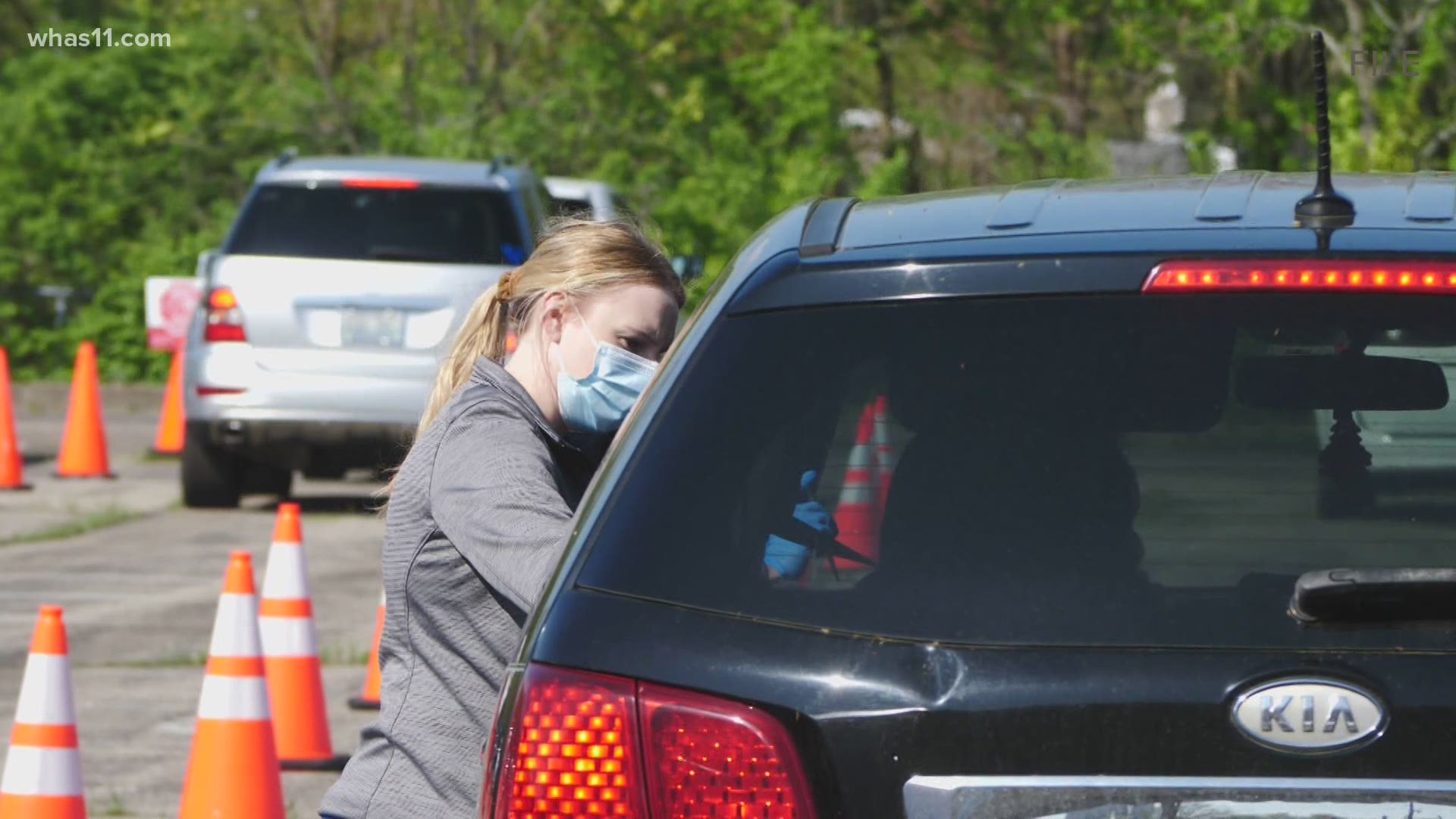 LOUISVILLE, Ky. — With 28 lanes available and ready, only three were in use Monday afternoon as the Cardinal Stadium parking lot sat filled with cones, but mostly empty of cars at the city's massCOVID-19 vaccination site.

"We'd love to see up to 4,000 to 5,000 people out here every day getting vaccinated," Associate Chief Medical Officer for UofL Health, Dr. Hugh Shoff, said.

While 4,000 doses per day was the original goal for the mass vaccination site, it's only hit about half that. During its first week in operation, UofL Health said it gave out about 11,000 doses.

"That's 10,000 more people than were vaccinated the week before so that's really exciting," Dr. Shoff said. "Right at first we saw a good number of people coming through Monday through Wednesday. And then we had a little bit of a drop off Thursday and Friday."

"COVID is not on everyone's' minds as much anymore. Our positivity rate was going down. I think people just weren't as aware of it as much," Dr. Shoff said. "I think people don't feel the urgency that we really need to feel."

He said it may also be due to some hesitancy in getting the vaccine, or a lack of urgency to get it from those who haven't sought out a shot.

"I'd love to see people that are hesitant kind of get over that hump feel safe," Dr. Shoff said. "I am a little worried as we get into the summer months what it might look like. We saw that last year with some of the waves that came through. Let's hope we don't see that and more people get vaccinated."

During his afternoon COVID-19 briefing on Monday, the governor said at this rate, the state may not hit its goal of 2.5 million people vaccinated until the end of May or beginning of June

"For Louisville itself, I still think that we're still seeing people come out," Dr. Shoff said. "We just want to see more."

With thousands of appointments still available for the Pfizer vaccine this week at the site, UofL health announced Monday it will extend the site's hours. It'll now be open for appointments from 9 a.m. to 8 p.m. this Wednesday through Friday.

In an email, UofL Health Spokesperson, Carolyn Callahan, wrote, "This extension is because we know a lot of people want to come after work so we want to accommodate that need."

The Cardinal Stadium site will also accept walk-ups, so you don't have to make an appointment to get the vaccine.

"Now's the time to do it," Dr. Shoff said. "We want people to get vaccinated. We don't need to wait and just because availability is here, doesn't mean it's always going to be here."

Dr. Shoff said the vaccination site can't stay at Cardinal Stadium past May 28 due to "logistics" with the parking lot. He encourages anyone wanting a shot to go out now, with the total time to get through the site taking roughly only 18 minutes.

"It's easy and we're here all the time," Dr. Shoff said. "I really just want to reassure people this is a good thing. We're all here to try an end this pandemic."