Tuesday night's attendance was the highest the fair has ever seen. 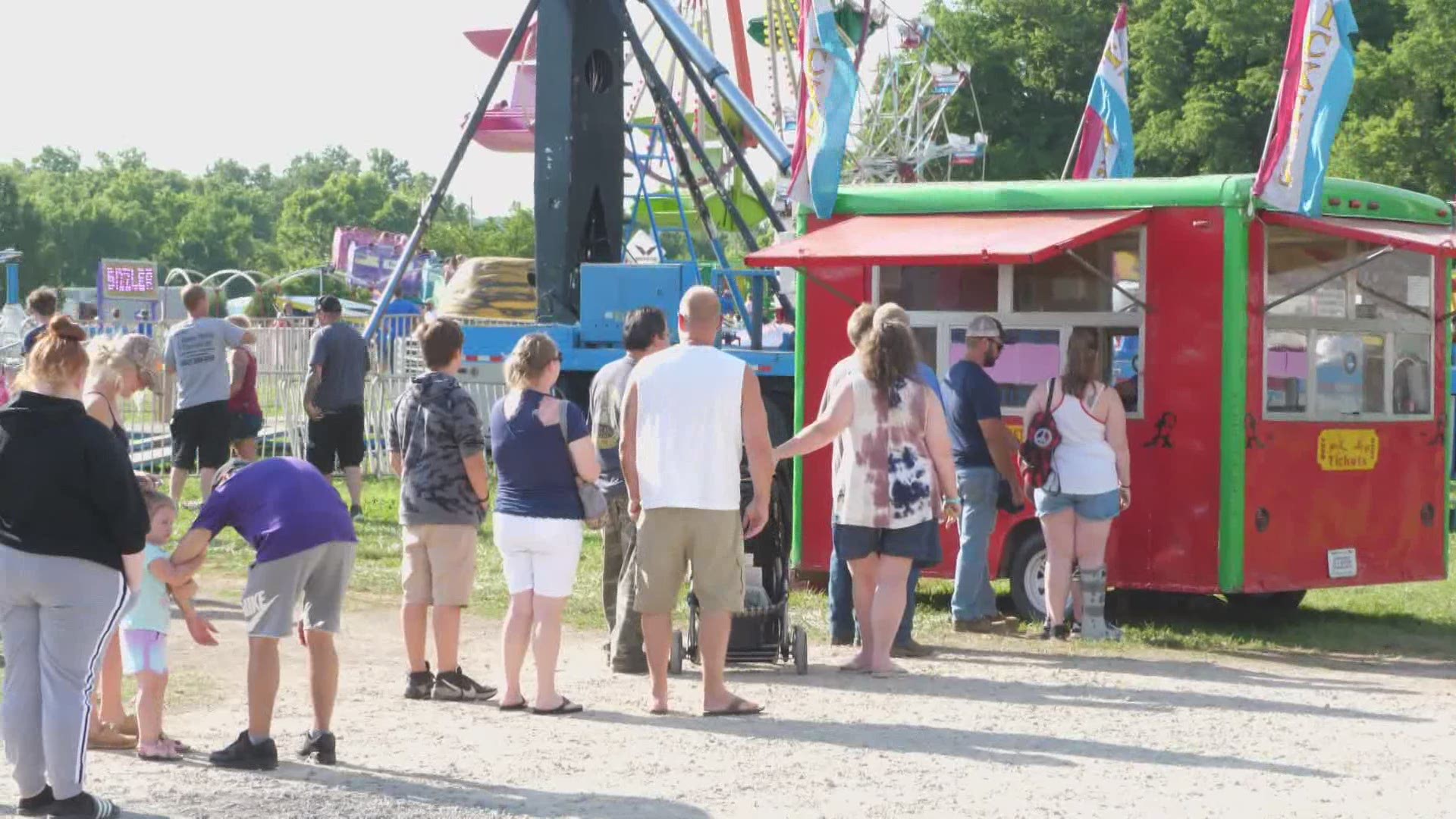 BULLITT COUNTY, Ky. — After a year of virtually no events, crowds are filling back up at county fairs. Bullitt Co. is already drawing record crowds as its fair has re-opened its gates for the first time since 2019.

Tuesday night's attendance was the highest the fair has ever seen. Anderson said the fair averages about 20,000 people.

"Everyone's been inside. It's just like any other event where people are cooped up. This is something where it's kind of like the first of the summer," Anderson said.

Crowds may be up this year, but the fair size is down, with fewer rides and vendors.

Kellen Buckman's 'Knock-Out Dogs' stand is one of only four food vendors. The fair usually has up to 15.

"This is my first year trying this at the fair," Buckman said.

Originally from Shepherdsville, Buckman said he just started his stand in the last few months and wasn't sure how the fair would go.

"I was expecting there to be a lot more people just based off the past and then with COVID just ending, I thought everyone would've flooded in," he said.

Anderson said vendors either didn't show up or sign up.

"They may not be in business anymore. That's happened to things like this," he said.

But less options for fairgoers- means more money for the ones that did.

"Less competition and more customers, so for me it's good but for people that are hungry it's not so great," Buckman said.

"I wish there was a little more food vendors but I understand. It's probably been a challenge for people to stay afloat with not working last year but were making do," Fairgoer Shane Borel said.

Those in lines Wednesday night said they're worth the wait, for the experience of just being back at the fairgrounds.

"You're actually socializing with people. It's sort of like a feeling of freedom," fairgoer Tom Punjack said.

The fair runs through Sunday night this week. For more information about hours or tickets, visit their website.