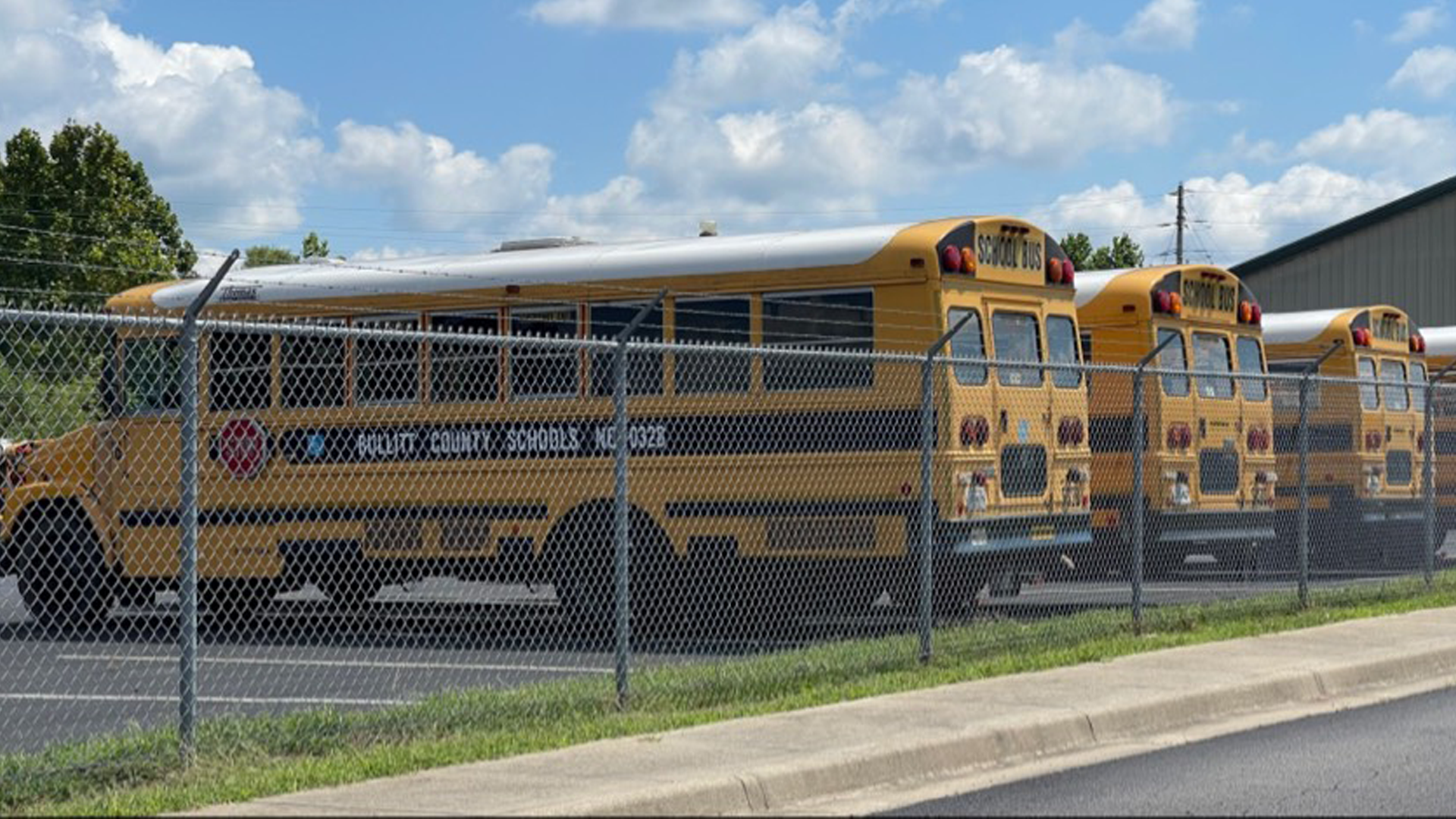 SHEPHERDSVILLE, Ky. — Bullitt County parents are frustrated after getting last-minute notice about a bus driver shortage.

The Kingrey's ended up driving the kids themselves after realizing the district posted around 6 a.m. there would be delays.

In a Facebook post, the transportation department said it could not guarantee bus service to all students due to not having enough drivers.

"We've never been this short-staffed," the post said. "We've lost numerous drivers since yesterday. Bus service will be sparse at best."

Bullitt County Public Schools Superintendent Jesse Bacon said the district has about 100 bus routes. Friday, the department was short drivers for 16 of the routes, and what made things more difficult is those routes were mainly in one area of the county.

"Today's issue happened mainly in our central area," Bacon said. "It affected four schools and, a lot of times, if those outages are across the district then we're able to manage that better with other drivers and get kids to school on time."

The transportation department has been posting about staffing shortages throughout the week, saying the situation was "critical" and urging parents to have patience as it worked to find solutions.

On Wednesday, the department shared a post saying it had a small group of drivers in training, but the lack of drivers would likely be "the norm" until more people were hired.

If you'd like to apply to work as a bus driver, you must have a high school diploma or an equivalent and will need to get a CDL license, but the district said it will pay for the training.

Starting pay for bus drivers is $16.92 an hour and employees are eligible for health benefits and insurance.