Both lanes of I-75 on the Brent Spence Bridge were closed early Wednesday morning after two semis struck one another. A fire has caused 'significant' damage. 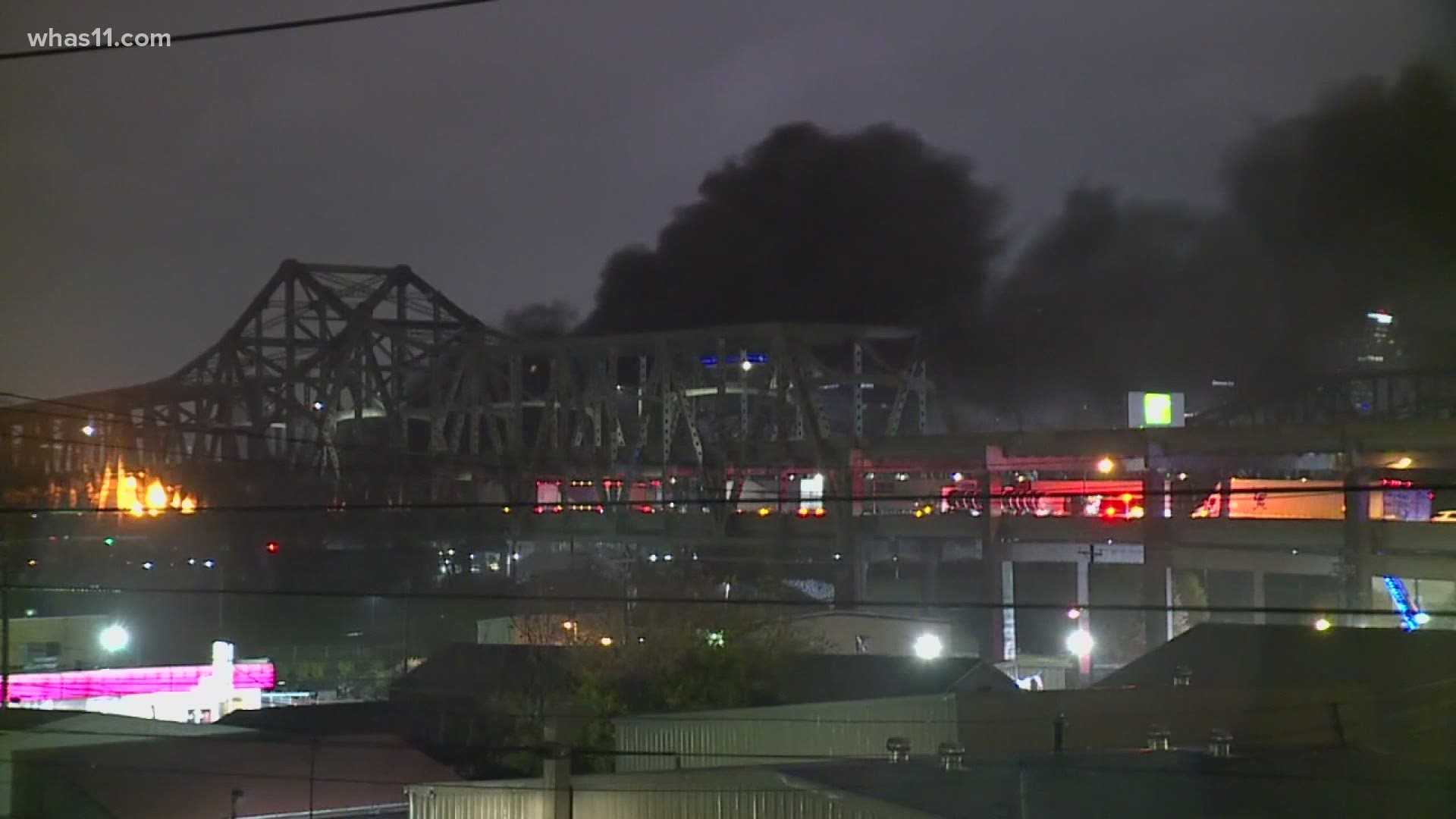 CINCINNATI — The Brent Spence Bridge, which connects Covington, Ky. to Cincinnati over the Ohio River, was shut down Wednesday morning after a crash and fire.

In a news conference, Kentucky Governor Andy Beshear said the bridge will be closed "at best" for several days as engineers inspect the bridge for damage. Due to the extremely high temperatures of the structure, inspectors will have to wait to give an assessment of the damage.

"It is to premature to speculate the damage the fire has had to the bridge," Beshear said.

The governor said to be prepared for significant more disrupt to come as inspectors examine the damage.

"We in Kentucky are working closely with our colleagues at the Ohio Department of Transportation, federal highways administration and I've called Governor DeWine, who I've worked with closely on so many different thing, we'll be talking to Transportation Sec. Elaine Chao later today," Beshear said.

Although crews are expected to begin work sometime today, Beshear went on to say several weeks of work could be possible.

"Several days is optimistic, it's not outside the realm of possibility that it could be weeks," Beshear said.

Covington Police Captain Justin Wietholter said two semis crash on the lower deck of the bridge, causing a fire, according to ABC-affiliate WCPO in Cincinnati. One of the trucks involved in the crash was carrying chemicals and diesel fuel spilled onto the roadway.

Both decks of the bridge had to be closed due to the fire and smoke. The report from WCPO said no one was injured in the crash and the cause of the crash is still under investigation.

The fire has been put out, but the bridge and both lanes of I-75 could remain closed for at least 12 hours, according to KYTC.

Early reports from the KYTC bridge inspectors show there may be structural damage on the bridge, but a full inspection cannot be completed until police finish clearing the scene. If the bridge is damaged, it could be closed all day.

KYTC said traffic is being detoured onto I-471 and I-275 until the bridge is reopened.

According to KYTC, the Ohio River near Cincinnati is closed until further notice. The Coast Guard has been alerted and is responding to the Command Post.

1 / 7
AP
Covington Police and Covington Fire departments work an accident and fire scene on the Brent Spence Bridge Wednesday, Nov. 11, 2020, in Covington, Ky. A fiery crash on the bridge linking Ohio and Kentucky could force the span to remain closed for days as intense heat from the blaze delayed inspections of the bridge that serves as a crucial link for interstate commerce, Kentucky's governor said Wednesday. (Albert Cesare/The Cincinnati Enquirer via AP)