'This is on them": Distillery workers strike in Bardstown, here are their demands

Employees at one of the country's largest distilleries are on strike. The picket line formed outside the company's Bardstown facility before the sunrise. 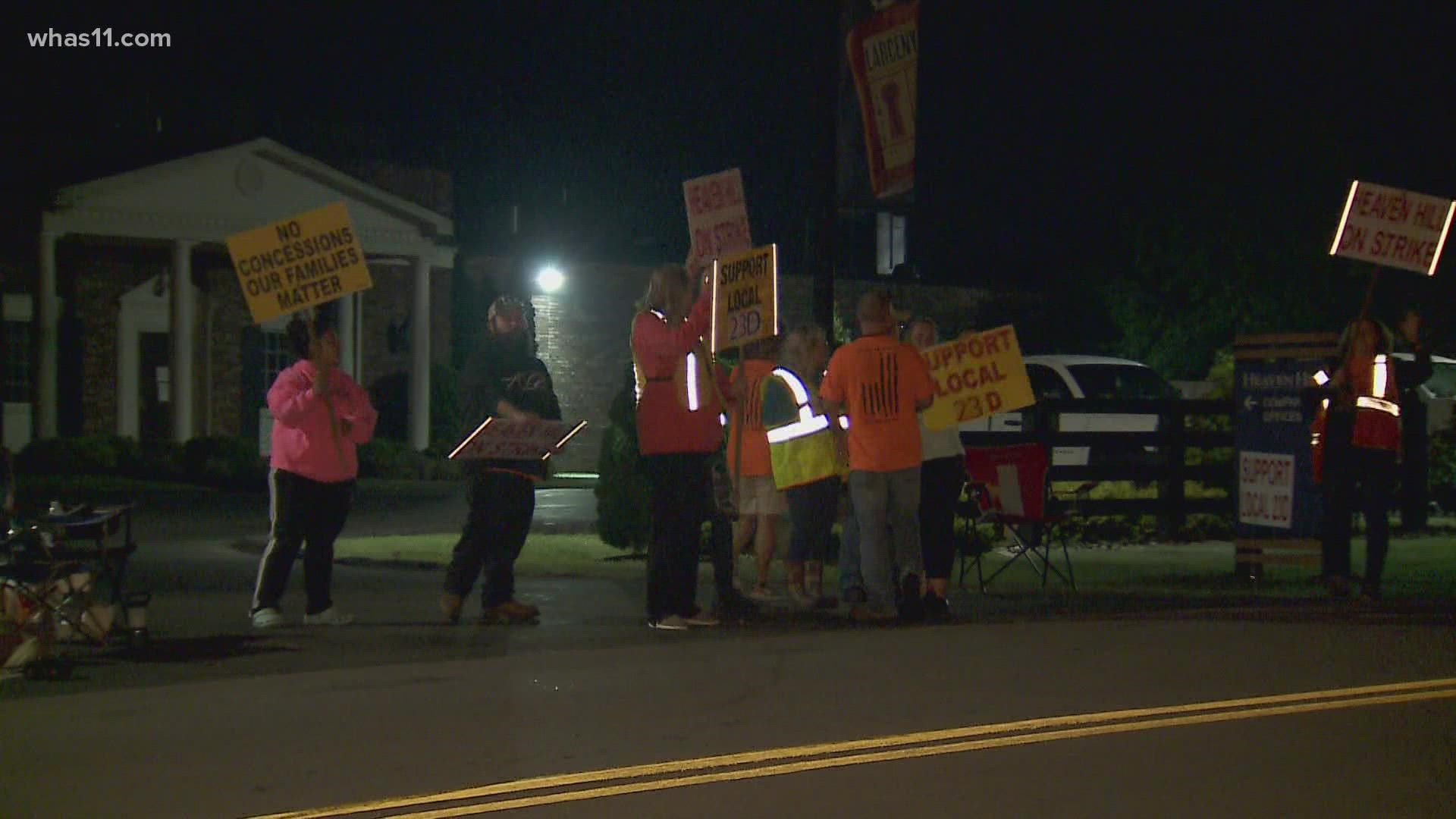 LOUISVILLE, Ky. — Employees at Heaven Hill Distillery in Bardstown decided they were going to take a stand. They stood in the dark Monday morning, picket signs in hand.

The Food and Commercial workers of local 23-D have been in contract negotiations with Heaven Hill for months now. "They're going to take away people's overtime and it's going to eat into a lot of pay for a lot of people," said Mattingly.

The union voted and 96% of its members agreed to strike, including Ryan Wheatley who's been with Heaven Hill for 18 years, "Nobody really knows what the schedule is going to be and it's a gray area."

Their major issue is the reference of traditional and non-traditional schedules. Many believe that means they'll be required to work weekends with no additional pay.

"You know we all have families, jobs and bills to pay. We don't want to be out here on this strike, but this is on them, okay?" said Mattingly.

In a statement, Heaven Hill said employee support is a source of pride and that they've had productive conversations for months now, and look forward to passing this package. The new-five year contract would go through 2026.

But members say they'll be out here until they're heard. "I hope it lasts until it needs to last to get what we need to get," said Mattingly.