The Cabinet of Health and Family Services has investigated the Little Angels Primary House four times in the last three years. 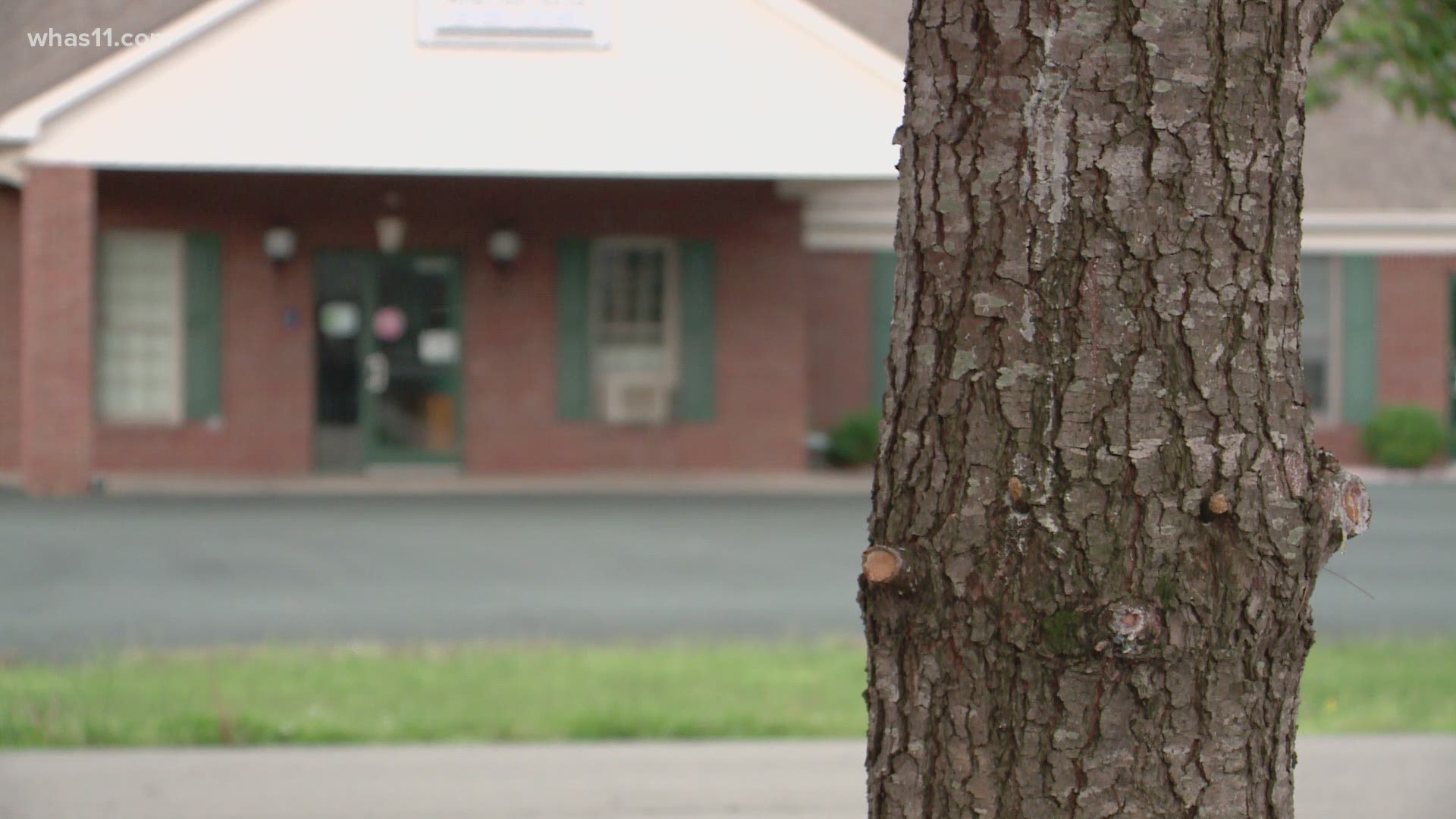 BARDSTOWN, Ky. — A day care worker is facing charges after a video posted to social media spraying something at a 2-year-old.

One day after April Tonge stood in protest outside of the Little Angel’s Primary House, police took 35-year-old Heather Jent into custody.

In the video, Jent is also allegedly yelling at Tonge's foster child.

Tonge said she was made aware of the video on Apr. 28 but notified police a day after. She gathered outside of the center, owned by former Bardstown Mayor John Royalty, to make sure others know what happened, to see the worker arrested and to get the center shut down.

The Cabinet of Health and Family Services has investigated the facility four times in the past three years.

The investigations found staff did not have proper immunization records for their children, some rooms were kept below the minimum temperature of 65 degrees, and one former staff member forced children to hold paper towel rolls above their heads when they were in trouble.

Royalty was quoted by the Kentucky Standard, saying the Jent was terminated. He said the solution in the bottle was just water but “that’s not what we do to kids.”

Tonge said it should be a reminder parents can’t be too careful with those who take care of their kids.

Jent was booked at the Nelson County Jail on a fourth-degree child abuse charge.

Bardstown police said the case is ongoing and could result in additional charges.

Anyone can access similar records for their own child care location by going to kynect.ky.gov.