“I wasn't even thinking about my life in that moment. I was thinking about everyone else that was around which is why I drew my weapon back,” said Robin Ash. 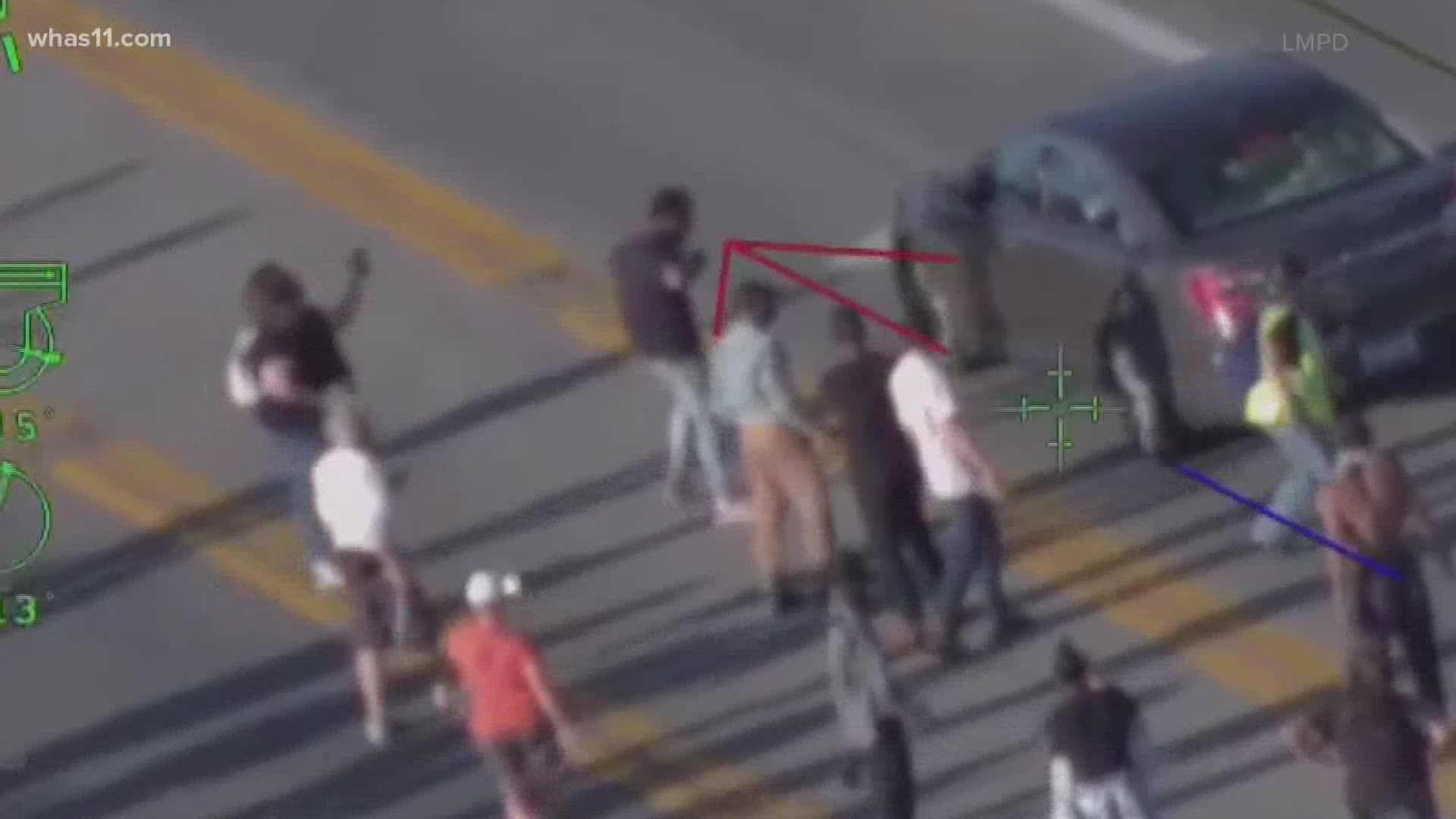 “I wasn't even thinking about my life in that moment. I was thinking about everyone else that was around which is why I drew my weapon back,” said Robin Ash, who was arrested Friday during a protest aimed at the Kentucky Attorney General’s Louisville office, in regards to continued calls for justice in the Breonna Taylor case.

She argued on Monday that the video shared on LMPD’s Facebook page over the weekend did not show the entire truth and claims the person inside the vehicle showed their gun first.

“His gun was pointed directly at me,” she described. “It was like I walked up and his gun was specifically for me, is the way I felt in that moment.”

Police described individuals as 'surrounding and inflicting damage on a vehicle' during protests in the area. The post said that Ash pointed a handgun at the man inside the vehicle, placing “him and others in extreme danger.”

Video captured on a cell phone by a live streamer just feet away showed the driver pointing a gun at the crowd from behind his car window. He eventually gets out of the car, with his gun in his hand and checks the damage, pointing to a dent telling the crowd ‘you did this to my car.’

RELATED: Protesters push back against LMPD video, calling it 'incomplete'

Ash's attorney, David Mour said he's going to sue the officers involved in the case “for malicious prosecution of this lady, I'm going to sue them for slander, and for defamation,” he explained.

When WHAS11 News asked police about the driver, Sgt. Lamont Washington said he will not be arrested because he was the victim in the incident.

LMPD released the video to show the whole story," Washington said. "A still photo or single angle often doesn't do that. No charges are expected of the driver whose name will not be released since he was the victim.

Although there were no charges, the man’s employer decided to fire him. A statement from American Air Filter Flanders Company said “AAF Flanders supports the right to peacefully assemble as an expression of free speech. In our view, the actions of this individual show poor judgement and are inconsistent with the core values of our company. As such, this individual is no longer with the company.”

Ash was charged with wanton endangerment, criminal mischief and for being a convicted felon in possession of a handgun.

She argues she was pardoned by the governor in 2015 and that her civil rights were restored.

Mour says he will fight to get her charges dismissed.