A house fire separated a grandmother from her six kids. Here's how you can help.

“My kids have always been my life,” she explained. “They're more important to me than the whole world over.” 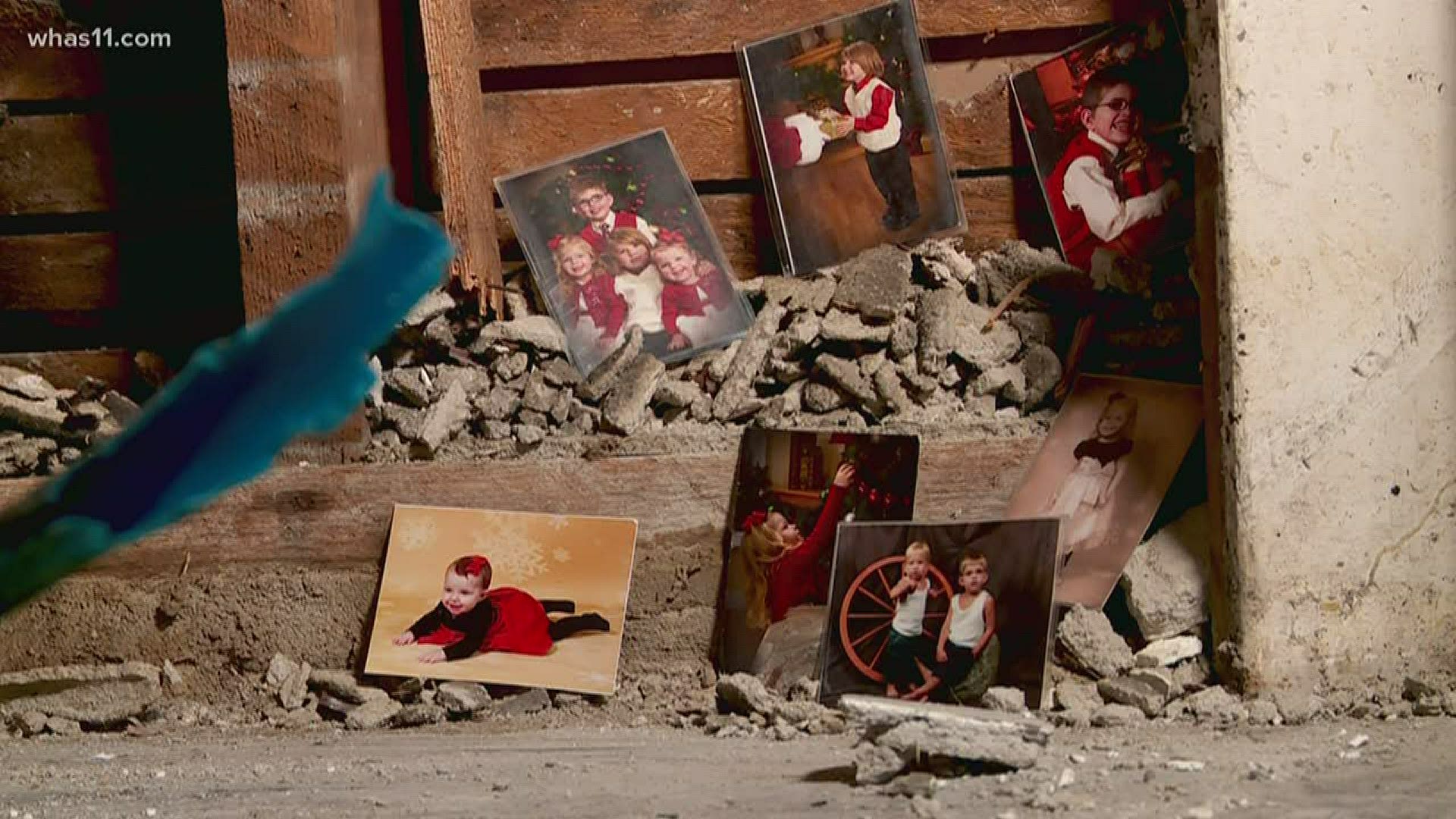 LOUISVILLE, Ky. — A house fire on Arcade Avenue destroyed the home of Gail Pierce on April 28, ultimately separating her from her six grandchildren.

Pierce has raised the kids as her own over the last 17 years.

“My kids have always been my life,” she explained. “They're more important to me than the whole world over.”

Around 11:00 a.m. that Tuesday, she said one of the younger kids complained about the floor being hot.

The kids escaped, but when Pierce tried to get back in, flames met her at the door.

“There was no way that I was getting back in that home. It hit me in the face like you would not believe.”

In less than five minutes, the family watched as their home of 15 years went up in smoke.

“I really just kind of feel like I lost everything, you know?”

The kitchen she loved so much was scorched. The bedrooms with new carpets, and a bathroom with only year-old renovations were ruined.

The fire also got to her washer and dryer, which was the last gift she ever received from her late husband.

She also does not have homeowners insurance.

“All you can do is cry, really, I mean, there's nothing you can do,” said Pierce.

Pierce is a breast cancer survivor, but the fight she’s pushing through now might be one of the worst. Her kids must live elsewhere while she finds a new home for all of them.

She did not want to go to a shelter with all of her children during the pandemic.

“I just really want my kids back together with me. We’ve been apart for two weeks.”

They’re currently scattered across the state. Four of the kids are staying with family in Owensboro, while the other two are with family in Louisville.

Pierce is sleeping in her van so she can keep and eye on her house, and start saving up.

“I've never felt homeless in my life but that's the way I feel,” she explained.

She said it's been tough to find a home that will fit her large family, and her budget.

“Nobody wants to rent to six kids, and the houses that accommodates six kids, you're talking five or six bedrooms, it's impossible for anybody to pay rent.”

Gail says what she wants most is to get rid of the rubble and reunite under their own roof.

Before they can rebuild, the house needs to be cleaned out.Harkins is hoping volunteers will help, and they’re working on scheduling a date and time.

“If I have to move back into my house with one couch, I will survive that. I will not survive my kids not being here with me. I will not.”

There is also an effort to try and rebuild her home. If plumbers, electricians, roofers, construction workers or contractors are interested in donating time or supplies, email helpPiercefamily@gmail.com.

Her story was shared on social media almost 3,000 times.

“I would like to hug them when all this corona is done with I guess,” she said.

She said she’s overwhelmed by how many strangers have offered to help take care of the woman whose always caring for everyone else.