'Heads have to roll for this.' | 15 Kentuckians wrongfully told they passed the bar exam

Andrew Skomorowksy, who has taken the exam three times, called the error “a gut punch.” He had already shared the news with loved ones and updated his resume. 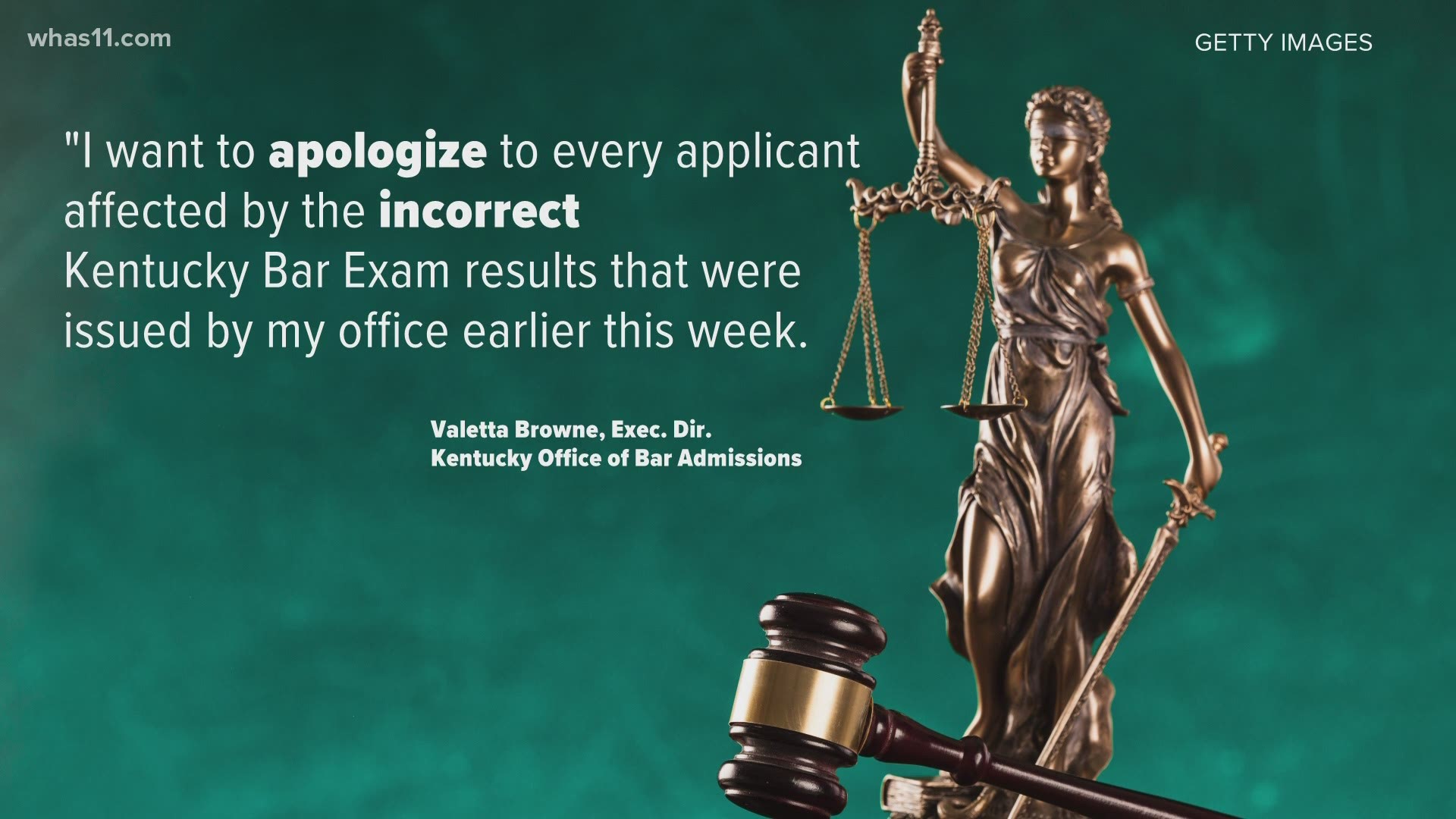 FRANKFORT, Ky. — Days after receiving an email saying they had passed the bar exam, more than a dozen aspiring attorneys in Kentucky found out it wasn’t true.

Executive Director Valetta Browne shared a statement on the Kentucky Office of Bar Admissions website Friday morning, apologizing for the incorrect results and pointing to an error in data entry.

“I know that no apology can undo the anguish and disappointment that these Bar examinees and their families have endured. We sincerely regret this mistake,” Browne’s statement said, in part.

Kentucky State Representative Jason Nemes took to Twitter to express his concerns: "Heads have to roll for this. It is incredible and unacceptable," he wrote.

“There was a human being that was entering the information on a spreadsheet. I think they maybe double entered, or something like that. Once they mess up one of the fields, then every field below that is going to be affected,” State Rep. Nemes told WHAS11 on Friday.

He wants to hold a hearing and discuss the serious mistake.

Andrew Skomorowksy, who has taken the exam three times, called the error “a gut punch.” He had already shared the news with loved ones, updated his resume and paid to obtain a Kentucky Bar Association license.

“To have come this far and get so close, literally close enough that I held in my hands a piece of paper that said I'd passed, and to be told, nope, sorry, that's not the case, it's a gut punch,” Skomorowsky said.

Skomorowsky said he worked as a paramedic for 15 years and was a first responder in New York City on September 11, 2001. He wanted to take on a new challenge and continue helping people through law.

“I’m pretty hurt by this. This was a big deal,” he said. "I'm okay with failing the exam, it's the way that this matter got handled with which I take such umbrage."

KYOBA said the Board of Bar Examiners and Supreme Court have waived all application fees for the February bar exam for the fifteen applicants who were informed that they did not pass the October bar exam.

Skomorowsky isn’t sure if he will take it again.

"I probably will, but I don't know that for sure," he explained. "This has been a pretty disheartening experience. I'm still reeling with the sensation that I was walking along and having a great week and then someone dropped a piano on my head."

"This is very serious. It affects people's lives in a very profound way, and it's a very serious mistake and there needs to be accountability, and I'll let the Supreme Court take the first effort in seeing what that is," State Rep. Nemes said.

He believes there are wrongs that need to be made right, and said that includes offering free tutoring to those incorrectly told that they passed the exam.