Cyrus Bivens hopes his plea will plant a seed in the minds of those flying through the backroads this fall. 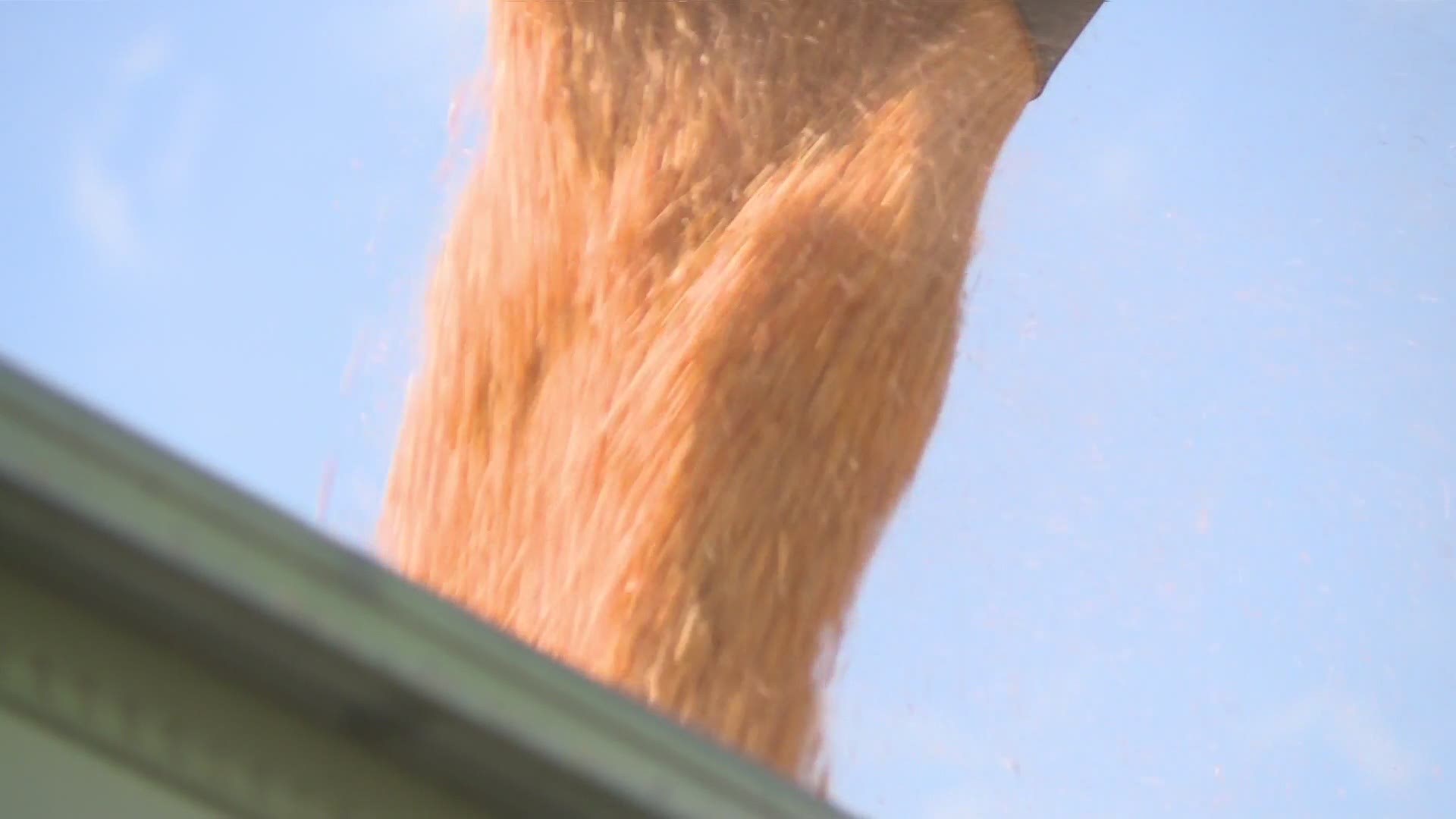 LARUE COUNTY, Ky. — They are harvest gold at Fresh Start Farms – 3,000 acres of corn that will make your bourbon or their winter wheat harvested months ago fill your McDonald’s biscuits.

As the harvester stalks its prey and dust fills the air, there is concern on the country road bordering this fertile land in LaRue County.

Twelve-year-old Cyrus Bivens has been driving a grain wagon and has hopes of following in his father Ryan’s footsteps.

“Well, I’ve learned it from my dad and my dad’s helpers – they’ve trained me to drive this thing over time. I eventually got the hang of it,” he said.

He pushes 100,000-pounds of steel and grain through the maize behind his father. He can drive on certain areas but not on the roads just yet.

“We’ve had cars lock their brakes up before because of distracted driving. We’ve had cars clip mailboxes – we’ve clipped mailboxes,” Ryan Bivens said.

Credit: WHAS-TV
Cyrus Bivens, 12, is following in his father's footsteps by driving a grain truck on his family's LaRue County farm.

It’s the harvest hazard that hurts and kills farmers and drivers every year when the green machines go from field to field.

Cyrus admits it gives him an uneasy feeling.

“It’s always nervousness me because there's a possibility of a chance that one of them could get injured or an accident could occur,” he said.

He hopes his plea will plant a seed in the minds of those flying through the backroads this fall.

“Well I would tell them to keep safe on the road. When you see a farm machine coming down the road with their flashing lights, please be nice enough to move out of the way let them pass on,” Cyrus said. “The place you may be going is important but we're trying to get our work done.”