University of Louisville said in a statement that it will respond to the new amendment after a thorough review. 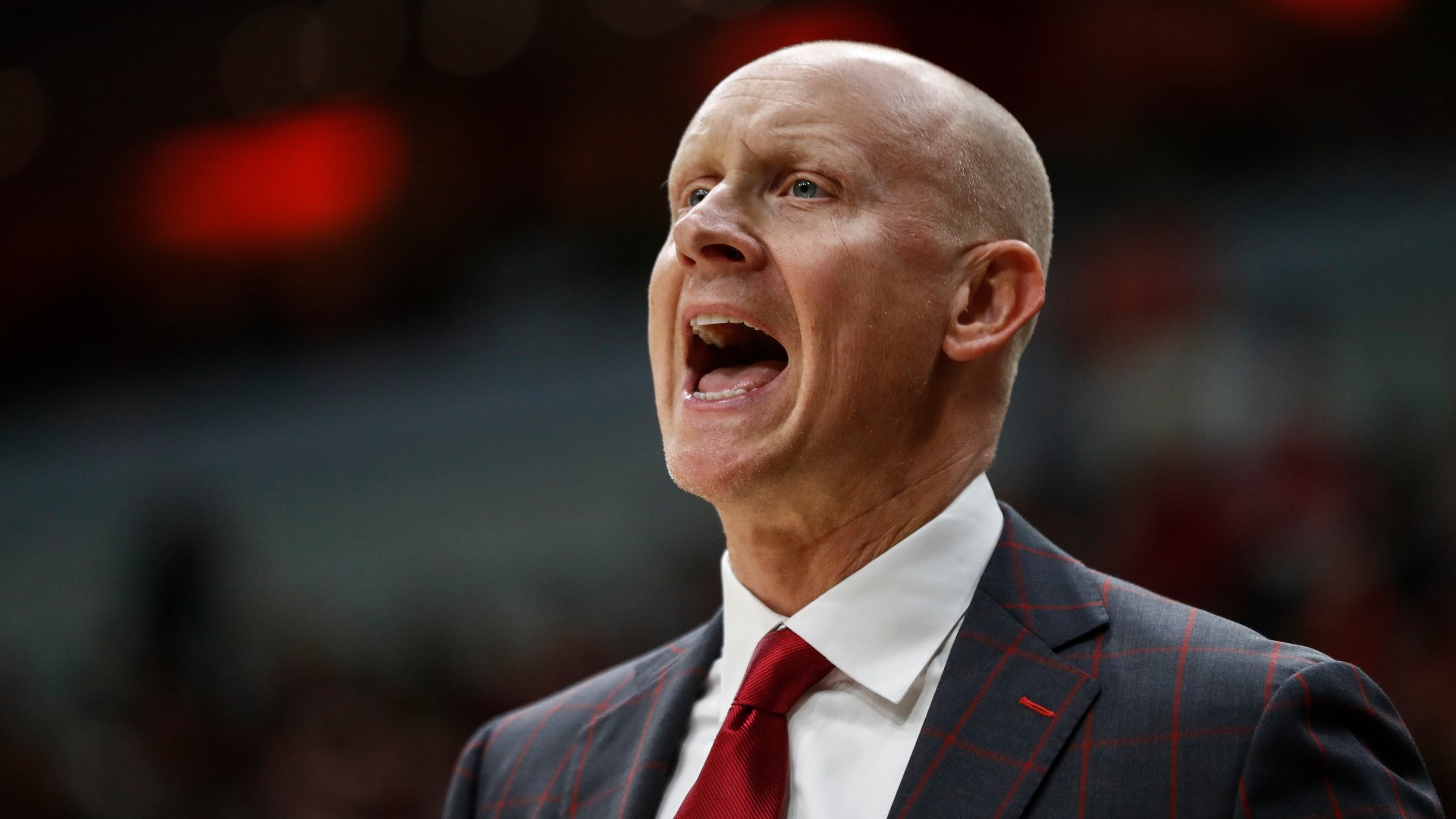 LOUISVILLE, Ky. — The NCAA has amended its Notice of Allegations against Louisville, adding additional violations committed by the men’s basketball program that include impermissible activities and accusations coach Chris Mack did not promote an atmosphere for compliance.

Already under review by the Independent Resolution Panel (IRP) for violations related to a college basketball corruption case detailed in a May 2020 NOA, the school received the amendment on Thursday from the governing body’s Complex Case Unit.

— Produced, showed and personalized recruiting videos to prospects including their names and likenesses;

— Presumed Mack responsible for both allegations. The amendment adds that Mack did not rebut presumption of responsibility.

Each of the allegations are all Level 2.

Louisville said in a statement that it will respond to the amendment after a thorough review:

Louisville's amended Notice of Allegations can be viewed here, which now includes what Dino Gaudio was mentioning in his extortion attempt: https://t.co/g5Oy1JyPAz pic.twitter.com/Nie9cd7VZT

The latest development for a school that has endured a series of recent scandals comes after Louisville suspended Mack six games on Aug. 27 for failing to follow procedures handling an extortion attempt by former assistant Dino Gaudio after his dismissal last spring. That same day the ex-assistant received probation and a $10,000 fine following his guilty plea this summer to a federal charge of attempted extortion.

During a March 17 meeting with team personnel, Gaudio said he would expose alleged violations by the team “in its production of recruiting videos for prospective student-athletes and in the use of its graduate assistants in practices,” a federal charging document stated.

Gaudio had been told his contract would not be renewed and he threatened to go public with the allegations “unless he was paid a significant sum of money,” the document said. Authorities said Gaudio demanded 17 months’ salary or a lump sum payment.

Though the school acknowledged Mack was the victim of an extortion attempt, athletic director Vince Tyra said the fourth-year coach “failed to follow university guidelines, policies and procedures in handling the matter.”

Mack accepted the suspension and said he “could have handled matters differently.” Mack's contract with Louisville states he can be fired for cause if he commits a serious violation.

The school said they are preparing for the process to continue through the spring 2022.