Police said Wood cut off his GPS ankle monitoring device just hours after leaving court on Oct. 15, 2017. He is now a federal fugitive. 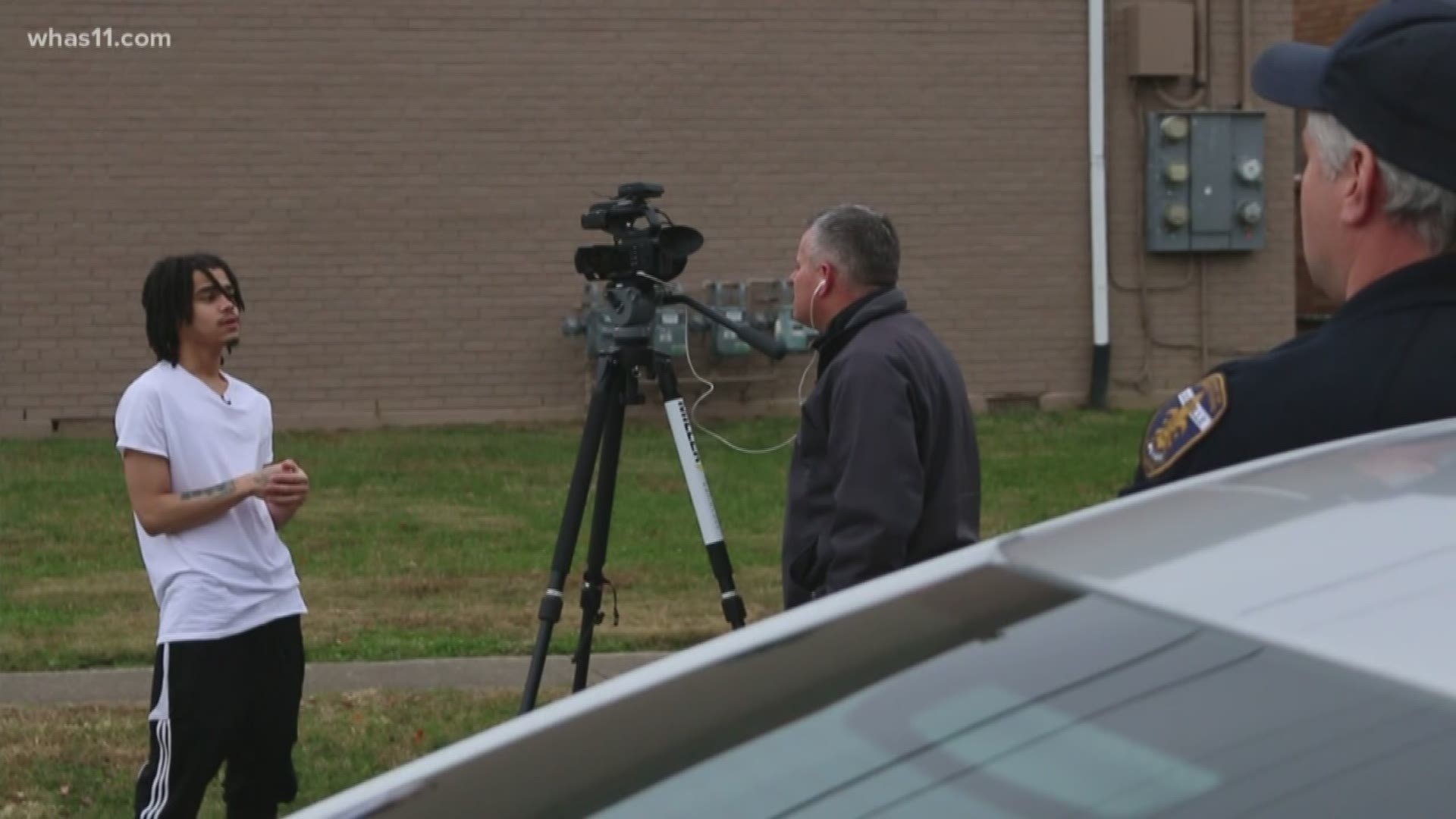 LOUISVILLE (WHAS11) -- Facing down the barrel of a handgun, waiting for your attacker to fall asleep only to find there is no escape. Doors dead bolted shut. Metal mesh over the windows. Trapped.

The only escape, jumping out of a two-story window, breaking a leg and stumbling to Waste Management workers for rescue.

This is one woman’s experience that landed James Terry Wood behind bars in 2017.

Woods is currently a federal fugitive.

Based on the woman’s account Wood was charged with wanted endangerment, unlawful imprisonment, assault, and terroristic threatening.

When police arrived at Wood’s house in the 600 block of Louis Coleman Junior Drive, another man, Jarrell Wood started throwing kilos of suspected heroin out a second-story window--the same room where the woman was held captive, according to police.

Police obtained additional search warrants to search the home as well as a few other locations.

Inside the home, police found heroin packaged for sale, a vacuum seal machine, digital scales, and a kilo press, all materials commonly used to traffic drugs.

Police removed some ceiling tiles and found a handgun. Both men are convicted felons and barred from having guns.

LMPD 9th division detectives said they also seized more than half a million dollars in cash and five luxury vehicles including a Hellcat, valued at $800,000.

Wood was released on home incarceration while awaiting trial and sentencing but after the sixth release, he ran.

The woman’s nightmare is not over and the safety of the public and police are in danger.

Fraternal Order of Police President, Nicolai Jilek said Wood had no business being out on home incarceration.

“The criminal justice system, that I think a lot of folks feel, that it is broken and that those kinds of things are exactly what people are talking about,” Jilek said. “The general public deserves to have some basic level of common sense applied to these decisions.”

“You got to look for the guy again and this guy now knows what's coming to him,” said Jilek.

Jilek describes a level of frustration from officers having to re-arrest offenders.

“This is somebody who now has an extra reason to run. There's a certain element of added risk now for those folks, how bad do they want to stay free? There will be some law enforcement officer, somewhere that will be their job now, added to what they already had to do, is now having to find this guy and bring him back in,” Jilek explained. “It would not have passed most folks’ common-sense test to let this guy out.”

This is part three of a four-part series from the WHAS11 iTeam called UnArrested.