'The verbal abuse is horrid': School bus driver for 20 years says students behavior could be driving the shortage

Across Kentucky, school officials have estimated we need more than 1,500 bus drivers. 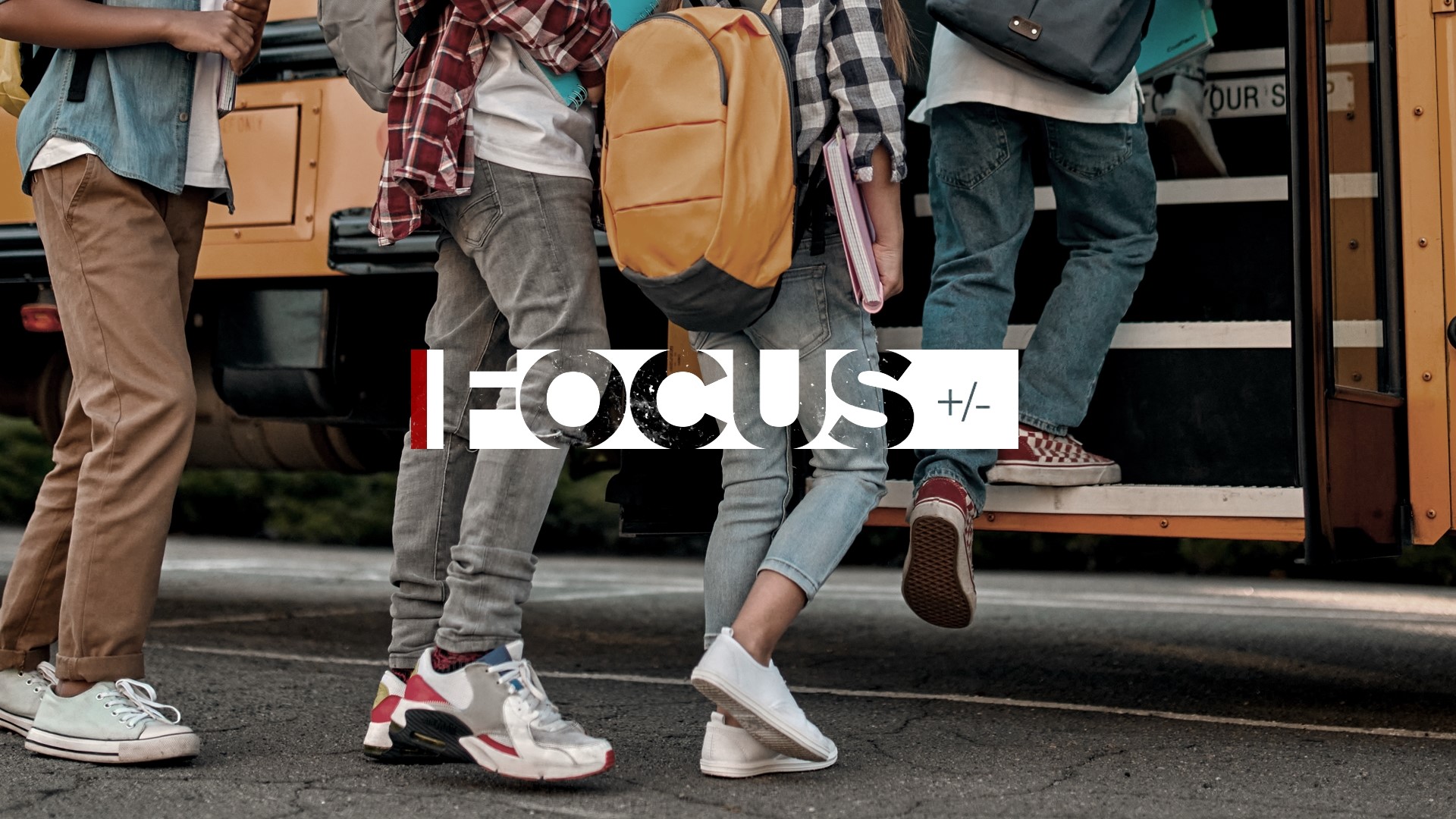 KENTUCKY, USA — Around the country and here at home, we’ve seen bus drivers complain about the same problems: being overworked and underpaid.

“We are trying the hardest we can try," said Bob Sageser, another Bullitt County bus driver.

Now one veteran bus driver with Jefferson County Public Schools tells us she’s willing to risk her job to explain why, exposing what she says no one else is talking about.

“I get emotional sometimes thinking about it," said Dawn Allen, a JCPS bus driver.

“I have physically been assaulted… had a student knock my tooth out," said Allen.

On most days, she said, she feels unappreciated and unwelcome.

“Do you think that part of the reason for this critical shortfall we have of bus drivers is because they're facing this abuse on the job?” asked FOCUS investigative reporter Paula Vasan.

Across Kentucky, school officials have estimated we need more than 1,500 bus drivers.

“It's a difficult job," said Allen.

But it’s a job Allen has stuck with for nearly 20 years.

“It's a stressful job. It's not for everybody," she said.

She said abuse among students on the job has worsened.

“The verbal abuse is horrid… I had an elementary kid, cuss me for 30 minutes," she said.

But she said kids are getting away with it, knowing it’s unlikely they’d be suspended. The school district often handles suspension as a last resort.

“The kids know this. And they’ll tell you it to your face," said Allen.

We requested surveillance camera footage from inside buses. Drivers told us it would reflect the typical violent and insubordinate behavior they experience. But school officials said the footage would compromise student privacy, denying our request for evidence.

“But we endure it every day," she said.

So we dug into the data. We analyzed the district’s student disciplinary records over the past 5 years. The records revealed what many bus drivers deal with daily. Among the most prevalent problems: students not responding to questions or requests from the driver, failing to stay seated, profanity, and fighting.

“We have found butcher knives. The blade was about this long,” said Allen.

“We’re alone. There’s nobody to help us," she said.

Allen said verbal and physical violence is causing many of her colleagues to seek work elsewhere.

“A lot have went to UPS, or driving for FedEx because they’re like I can listen to bottles rattle behind my head," said Allen.

“So it's not for everyone. Absolutely," said Chris Perkins, chief operations officer with JCPS, Kentucky's largest school district.

Perkins said drivers have to speak up.

“Well, if there's an issue, it's up to the driver to bring that to the school's attention," said Perkins.

And he said fewer drivers are speaking up, likely because they’re safer now than they’ve ever been.

“We've been very purposeful and intentional about providing additional training support to our drivers to better equip them to respond to behaviors on the bus," he said.

A spokesperson with JCPS says while JCPS has hired several bus drivers since the start of the school year, almost the same number have left. They have used increased pay and incentives to JCPS employees who work other jobs to encourage applications.

In an email, a JCPS spokesperson wrote: “JCPS employs a progressive discipline model, using suspensions as a last resort for elementary students. But if, for instance, a student brings a gun on a bus or assault another student, they are going to be suspended from riding the bus.”

Data we’ve analyzed within his school district show disciplinary issues among students on buses have decreased substantially: by more than 50 percent between the first 10 weeks of the 2019 and 2021 school years.

But Allen believes many problems are likely going unreported.

“We can't control this," she said.

She said drivers feel it’s a waste of their time to report problems because nothing will be done.

“We're thinking we can't do anything," she said.

She said that until drivers feel empowered, recruitment of new drivers will be a challenge, and those on the job will continue feeling stretched.

Yet, she’s sticking with it, with only a year and a half left until retiring with a pension.

“I'm too old to start into another profession," said Allen.

And she’s sticking with it for those who appreciate her.

If you’re interested in a bus driver position or another position with Jefferson County Public Schools, you can apply here.

Other FOCUS stories to check out