Ronnie Long finally walked out of prison a free man — he spent 44 years behind bars proclaiming his innocence. 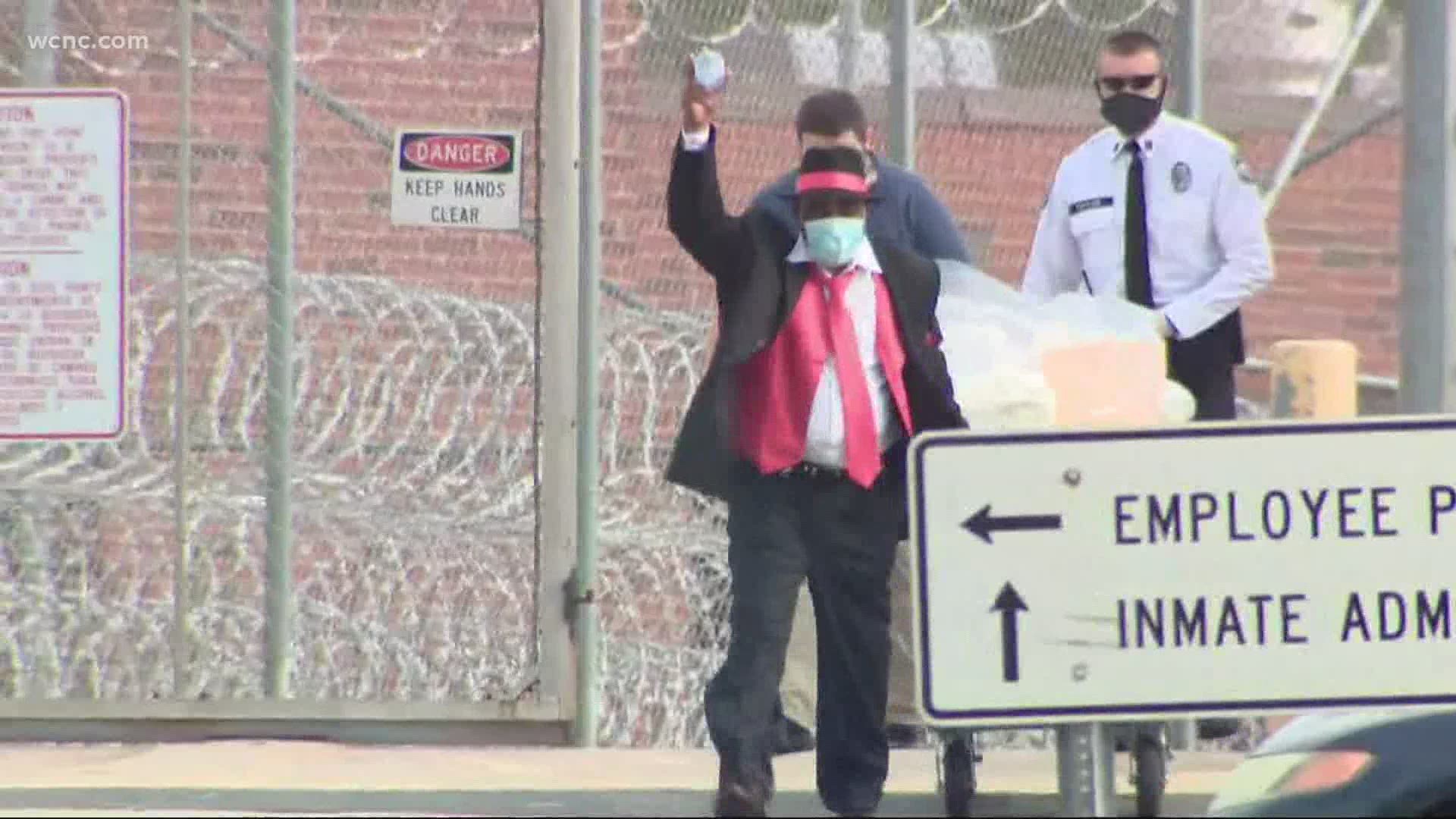 CONCORD, N.C. — Ronnie Long, a Concord man who has been fighting for his freedom for over four decades, is now a free man after he walked out of prison Thursday afternoon.

WCNC Charlotte talked exclusively with Long by phone hours before his long-awaited release.

“I asked her are you serious?" Long recounted to WCNC Charlotte's Michelle Boudin after learning he would finally be freed. "She said, 'Yeah you’re gonna go home, you’re gonna come home."

Click here to watch as Ronnie Long walks out of prison for the first time in more than 40 years.

Long finally walked out of prison, where he has spent 44 years behind bars proclaiming his innocence. The State of North Carolina, which put him there and kept him there, finally agreed earlier this week when they filed to vacate Long's 1976 rape conviction.

Long said he and his attorneys have been fighting for this exact moment for over four decades.

In his first interview since his release from prison, Long said he was just glad all of this was over.

Long said he is excited to meet all of the new family members who were born while he was locked up in prison.

While in prison, Long said he never lost hope that one day he would be freed. Now, he plans on enjoying his time as a free man.

"Every minute I can enjoy. Every time I have left in my life, I'm gonna try to enjoy that first," Long said.

Long left the interview with one clear message:

"They will never ever ever... lock me up again," Long proclaimed.

"Ronnie Long suffered through 44 years of injustice. I can't imagine the strength he and his loved ones needed to endure it. I am elated that he will soon be free."

Ronnie long to walk out of prison this afternoon. We spoke wirh him by phone and will be there when he gets out @wcnc

In the state's filing Wednesday, the Fourth Circuit Court of Appeals was asked to issue the mandate immediately.

Three of the judges with the federal appeals court said Monday they believed Long was innocent and had had his rights violated.

Those judges said the case should be closed based on what they saw as “extreme and continuous police misconduct” — that included lab tests that show Long was “not linked to the crime scene in any way.”

1 / 18
WCNC
Ronnie Long finally walked out of prison — he spent 44 years behind bars proclaiming his innocence.

Jamie Lau, Long's attorney from the Innocence Project, announced Wednesday the State of North Carolina filed a motion with the Fourth Circuit asking them to immediately issue the mandate in Long’s case.

"He was emotional," Lau said. "You could hear the happiness through the phone, he was laughing a little bit with disbelief."

An all-White jury heard the case back in 1976, at a time when racial tensions ran high in Concord.

Lau said their appeal was based largely on Concord Police detectives hiding evidence that pointed to another suspect.