For the first time, former officer Johnny Burgraff explains his discrimination lawsuit against LMPD in an exclusive interview. 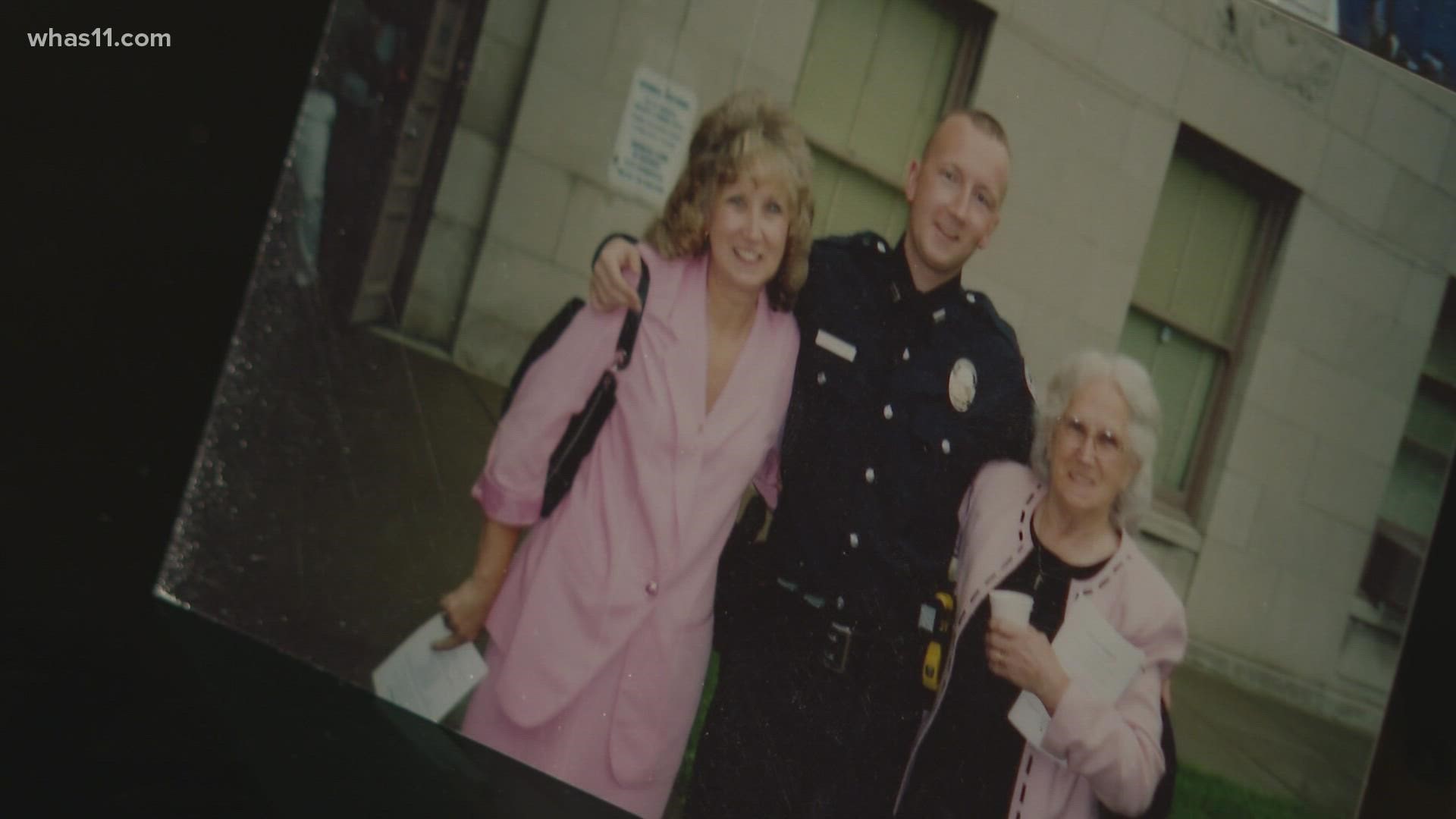 LOUISVILLE, Ky. — Johnny Burgraff, an openly gay man, served with the Louisville Metro Police Department (LMPD) for decades before retiring earlier this year. In 2019, he sued the department for discrimination and he's now sharing his experience with WHAS11 News.

From his home in Jeffersontown, Burgraff walked us through the memories of his career.

"That right there is the mayor’s performance innovator award," Burgraff said, pointing to pieces of a uniform he hasn't worn in weeks.

Burgraff served as the LMPD's LGBTQ Liaison Officer starting in 2015. He worked in the LMPD Community Policing Unit as well as with the department's Youth Police Advisory Council.

His lawsuit, and his decision to leave, all go back to when he introduced himself at a Youth Police Advisory Council Meeting on December 4, 2017.

”I said my name and I explained to the Youth Advisory Committee that the chief has three advisory committees," Burgraff said. "He has a youth, he has an adult, and he has an LGBTQ. And I also serve as their liaison."

Those words, and how people perceived them, sparked a months-long investigation involving three sergeants, two lieutenants, and Burgraff.

WHAS11 News obtained the complete investigation, including transcripts of each interview. Here is what we found:

Former Public Information Officer Lieutenant Phill Russell was Burgraff's boss at the time. After that meeting, he called Sgt. Corey Robinson and asked what he thought of what Burgraff said. According to the lawsuit, Russell did not approve of Burgraff introducing himself as a gay man at the event.

The lawsuit reads: "[Russell] claimed his remarks were not appropriate for a youth event and that Officer Burgraff was looking at a young male inappropriately."

Robinson brought the issue to command staff, including Lt. Jill Hume who said she thought Russell’s comments were “horrible.” She told Burgraff what she’d heard, and to “be careful.”

In the meantime, Burgraff asked to be moved.

"My anxiety is through the roof, I’m not sleeping well. This really has me bothered," he said. Instead of moving him away from Russell, Burgraff said the department transferred Russell to the chief's office, and then to training.

Investigators determined Lt. Russell did not break LMPD’s Standard Operating Procedure Rule 5.1.20 which stated at the time “Members shall not express any prejudice concerning an individual’s actual or perceived... sexual orientation.”

The case was closed, but Burgraff didn’t find out about the findings of the investigation for months.

“Eight months go by and they never told me anything," he said. The lawsuit states Burgraff learned about the actions taken by the department when he was contacted by a reporter about the investigation.

The department found Lt. Russell’s questions were appropriate, and it was Lt. Hume who “wrongly and inappropriately shared [his] concerns” with Burgraff. No one was disciplined.

Then, Burgraff and his attorney Thomas Clay filed a lawsuit.

"The law was not followed, it was violated," Clay said. "And so we are hoping to put this in front of a jury of our peers, make a decision as to whether LMPD did what it was supposed to do or whether it violated our laws against discrimination.”

The suit has remained in discovery for the past several months, due to COVID-related delays. Clay hopes to bring it to a jury in 2022.

”I wish I could say I’m surprised," Chris Hartman said. As director of the Fairness Campaign, Hartman works with LMPD to promote equality in the workplace and how they treat the public. He said issues like this are not new.

”Unfortunately, when you are a trailblazer like that, when you’re a pioneer in an institution," he said. "You can also become a target.”

Hartman pointed to another officer in Louisville - Kile Nave. Once a sergeant for Audubon Park PD, he sued that department, saying they wrongfully fired him for being gay. Louisville’s Human Resources Commission agreed, and Audubon Park settled with Nave out of court.

”That’s the unfortunate reality," Hartman added. "Sometimes a lawsuit is the only thing that makes something be taken seriously.”

WHAS11 News reached out to LMPD, to give the officers named in their investigation and this lawsuit a chance to respond. A Public Information Officer said the department does not comment on pending litigation.

The full lawsuit can be read below: