It looks like EY has much more work to be done with its nearly $7.6 million state contract set to expire on July 26. 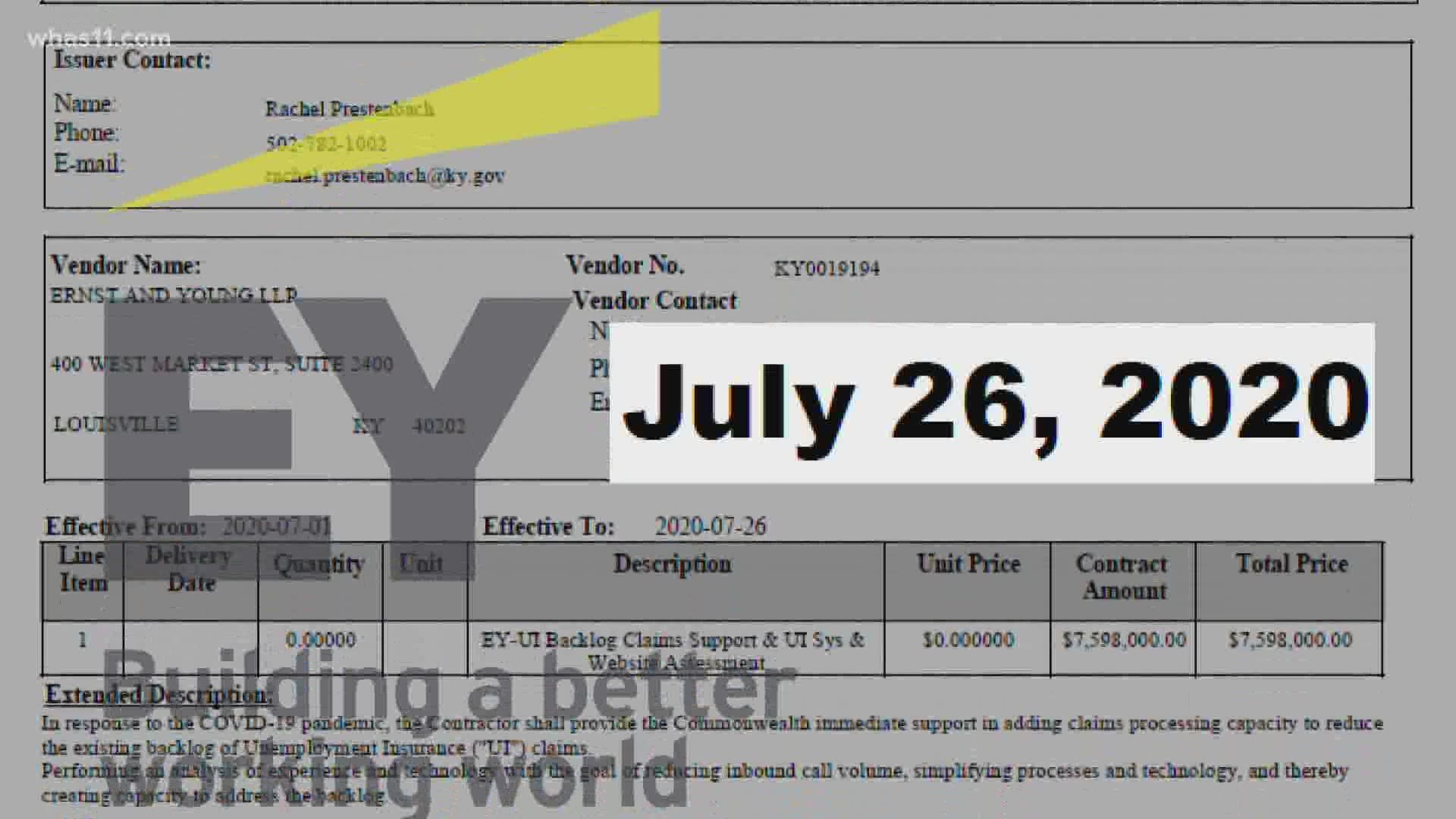 FRANKFORT, Ky. — On June 30, when he announced that he brought in Ernst & Young (EY) to help with unemployment, Gov. Andy Beshear said he expected the global accounting firm would get Kentucky close to caught up with claims.

The governor said Tuesday that EY has been able to process over 29,000 outstanding claims which just need to be signed off on.

But according to the numbers the state’s Labor Cabinet provided to FOCUS, it looks like EY has much more work to be done with its nearly $7.6 million state contract set to expire July 26.

If the firm lives up to the expectation that it will be processing 4500 claims per day until the end of the week, with another 1500 claims on Saturday, our math shows that there would still be 22,909 claims left in limbo.

“Originally EY estimated that they would be able to help process 50,000 claims,” Gov. Beshear said. “I believe that they will hit that number.”

Will that require a contract extension?

“I think that there is certainly a possibility that we extend it because remember we still have so many new claims being filed,” Gov. Beshear said.

It’s probably a given what most folks, who are still waiting for unemployment benefits for months, think about an extension.

“I think it should be extended,” Valerie Holmes, 68, of Louisville said.

Holmes claims since she filed in April she received a couple of payments early on and nothing since.

She says the UI online system shows that she is supposed to receive $7700, but it also shows zero for the amount paid out.

Her thoughts on Kentucky getting caught up on claims by the end of the weekend, Holmes said, “Not when you’re talking that many claims out there.”

RELATED: 'It's starting to get really, really depressing': Southern Indiana man struggles to get unemployment benefits

RELATED: Indiana unemployment chief: 'We're certainly not out of the woods yet.'

RELATED: With COVID-19 cases rising in some states, fear of reopening roll back grows in Kentucky