LOUISVILLE, Ky. (WHAS11) -- Home buyers have the option to test for radon; many do, and many don’t.

Schools also have that option, but most across our area, in both Kentucky and Indiana, are failing to take that test. 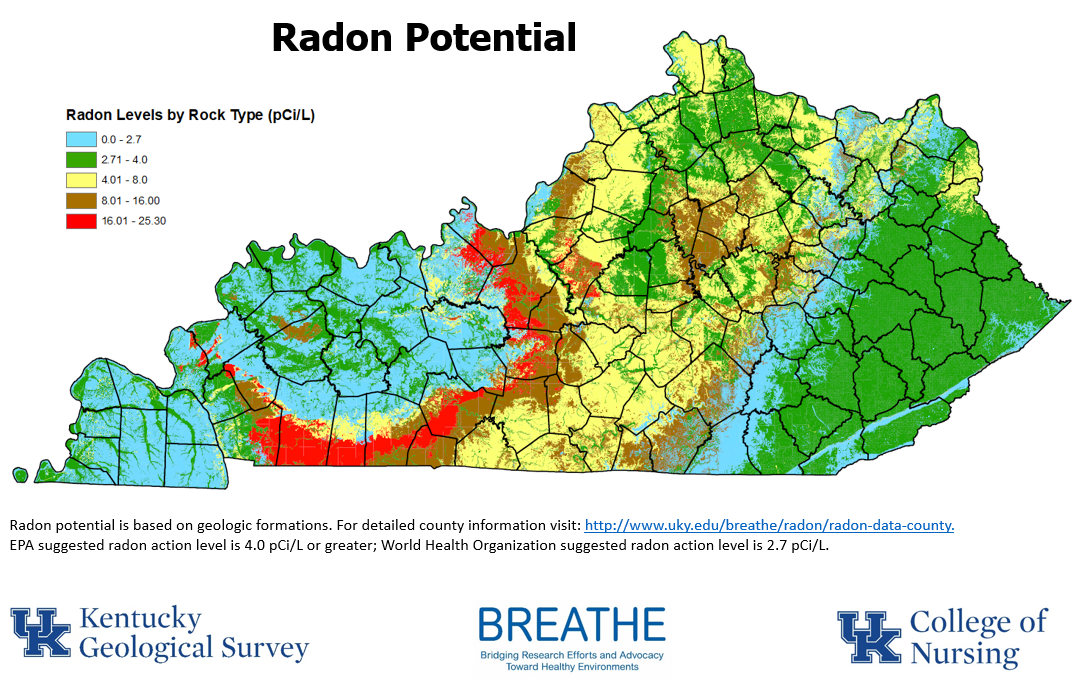 Radon is the second leading cause of lung cancer behind smoking. It’s a double-whammy for smokers and those exposed to secondhand smoke.

“Whether you’re a smoker or live with a smoker or work with a smoker and you’re exposed to radon, you’re ten times more likely to get lung cancer,” Dr. Ellen Hahn, head of the BREATHE research team at the University of Kentucky, pointed out.

How does your school score?

We have broken down and summarized information specific to each area, posted data we collected from open records request and provided additional information.

Radon is a byproduct of uranium. So, it’s radioactive.

However, in both Kentucky and Indiana, school districts are not required to test, even though state geologists say the potential for high radon exposure is widespread in both states.

“Our most populated cities are actually in high radon areas,” Bethany Overfield of the Kentucky Geological Survey said. “The populated places like Louisville and Lexington and say Bowling Green have a higher potential.”

QUIZ: What do you know about radon?

Take this quiz and be a part of our research. We will use your feedback in a live question and answer session with experts on Facebook Live.

Per our Open Records Request, Kentucky’s largest school district, Jefferson County Public Schools, first tested for radon in 1989 and by 1993 retested in about 40% of its schools and facilities where levels were high.

From Southern Indiana, we initially received no data because no schools had tested.

“Mother Nature doesn’t differentiate between Mrs. Jones on 1, 2, 3 A, B Street and Mrs. Jones’ classroom down the road from that,” Kyle Hoylman said.

Hoylman’s father, a farmer and non-smoker died of lung cancer, while Hoylman is a testicular cancer survivor.

“I grew up in a house that tested at 30 picocuries.”

Any level at four picocuries per liter of air or above is considered dangerous.

When asked what’s the highest level his company has ever recorded, Hoylman said “1750 picocuries,” at a home near the zoo with a history of lung cancer.

In Hoylman’s mind, schools which are not testing are playing radon roulette.

**App users, click on the link above to use the map**

Investigative Reporter, John Charlton can be reached at 502-582-7263 and jcharlton@whas11.com.