Stark was accused of hiding animals before they were removed from the property by the Indianapolis Zoo. 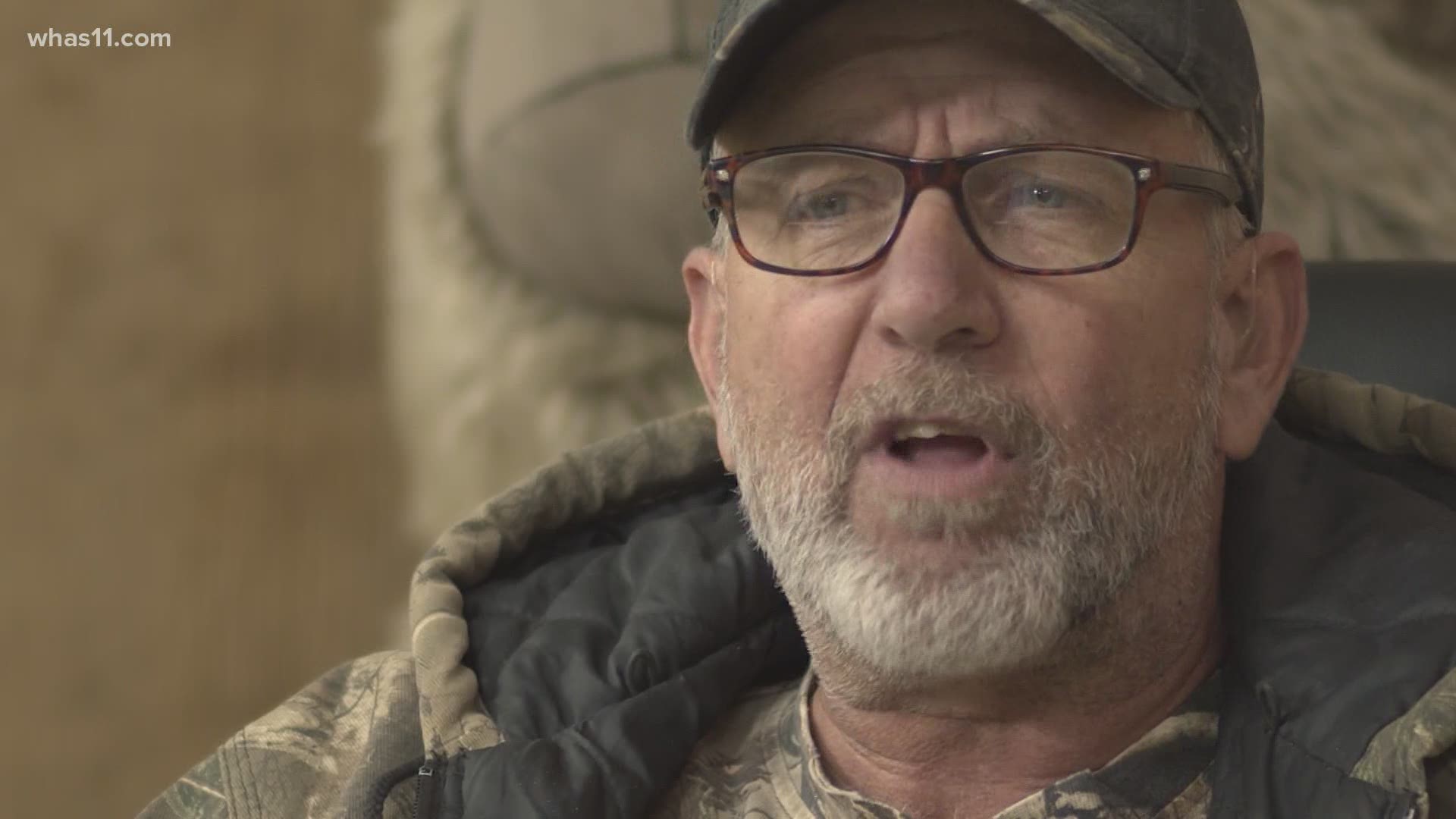 CHARLESTOWN, Ind. — An Indianapolis judge has found Wildlife in Need’s Tim Stark in contempt of court and has issued a warrant for his arrest on Wednesday.

Stark was seen about 11:15 a.m. Wednesday driving his truck at a high rate of speed north on Indiana Highway 160 near Charlestown, according to one witness, Hill said.

The development comes as Stark continues his court battle against the Indiana Attorney General’s office, who is suing Stark to shut down Wildlife in Need for good.

The state has accused Stark of hiding animals this week, as the court approved removal teams have gone onto Wildlife in Need’s property to remove the animals. Court documents outline 33 animals discovered missing over a series of days. According to court records, that’s at least $170,000 worth of animals.

Stark told the court he did not know where the animals were and suggested they might have been taken by one of the various people on his property over the last several days.

The court responded by saying, Stark “vehemently demonstrates his opposition to the Court’s order by words and actions and voiced his strong desire in open court to re-locate his animals in his own way."

The state requested Stark be taken into custody until all of the animals are accounted for and the animal removal process is complete.

Now a judge has approved that request, demanding Stark is remanded to the Marion County Sheriff’s until further order by the court.