What is the impact of a GM strike?

It’s the first national strike by the union since 2007. 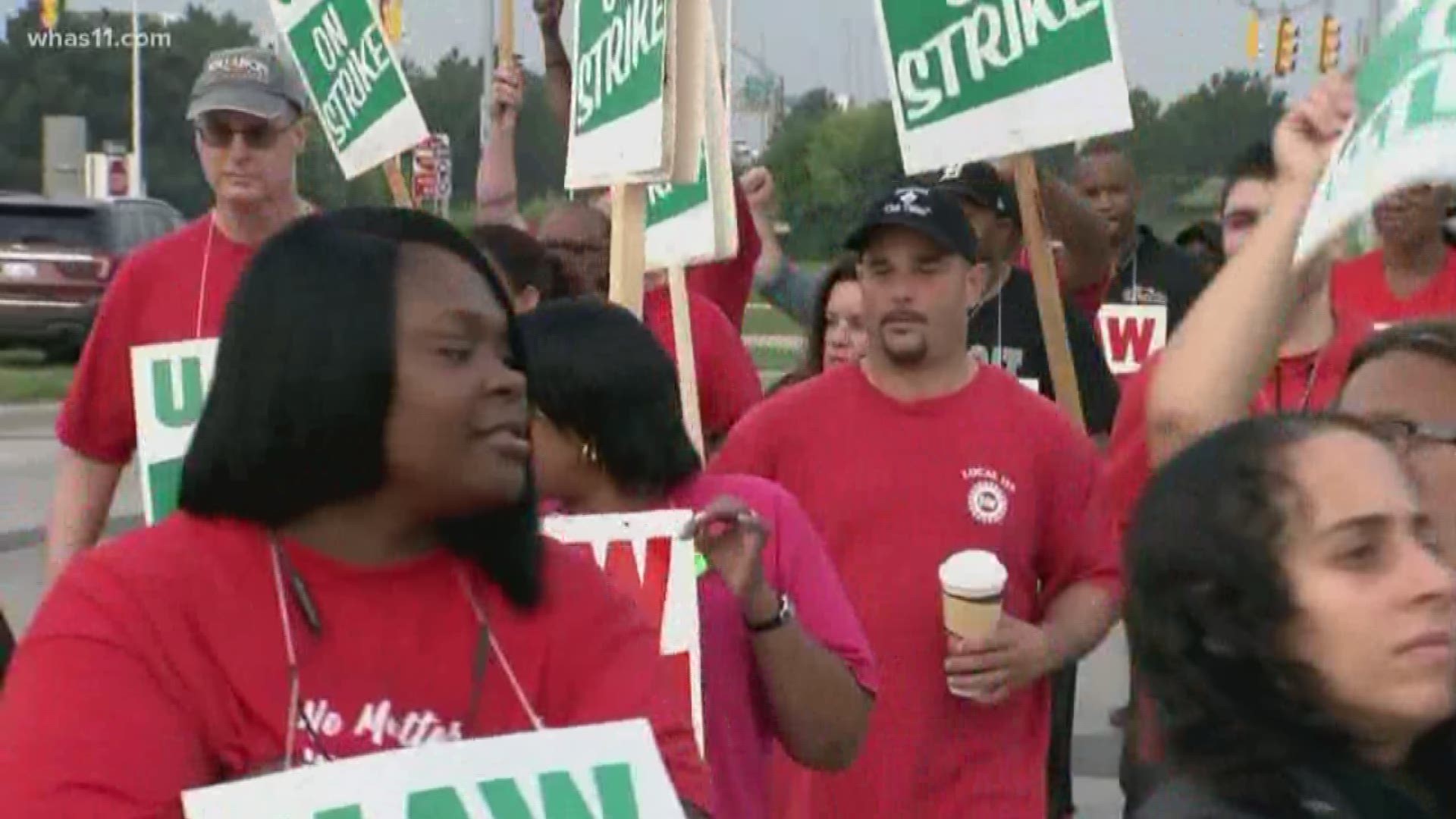 LOUISVILLE, Ky. — A professor from the University of Louisville tells us if this strike is anything like the last one by the United Auto Workers union, the impact could be negligible. But that’s only if this strike ends soon.

More than 49,000 GM workers across the country went on strike at midnight after their union failed to reach an agreement in their four-year contract currently being negotiated.

It’s the first national strike by the union since 2007, when workers walked off for two days. A much longer strike occurred in Flint, Michigan, in 1998, lasting 54 days. It cost the U.S. automaker more than $2 billion.

The union has said a strike is a last resort, fueled by stagnating contract negotiations, as workers fight for new details on everything from wages and health care to job security.

Data from the US Bureau of Labor Statistics shows it’s becoming more common. Their data, reveals a record number of workers went on strike or stopped working in 2018 because of labor disputes with employers. A total of 485,000 employees were involved in major work stoppages last year. It’s the highest number since 1986.

But Janet Kelly, a professor of Urban and Public Affairs at the University of Louisville, says the economic impact of this strike is dependent on when workers decide to get back on the job.

"As far as the economic impacts on the state, as long as it’s a short duration strike -- practically none. Because the manufacturing plants will ramp up their production and those suppliers that are so integral to the automotive industry in Kentucky will simply respond," says Kelly.

Another professor with Western Kentucky University says Bowling Green, where one of GM’s plants is located, is one of many communities that might directly feel the economic impact of a strike, in terms of income and tax revenue. But the size of that economic impact is directly related to the length of the strike.

If you have a news tip you want investigated, contact our Investigative FOCUS team at FOCUS@whas11.com.