“Anybody can walk in at any time,” a renter and student living at The Marshall, a housing complex a few football fields from campus said 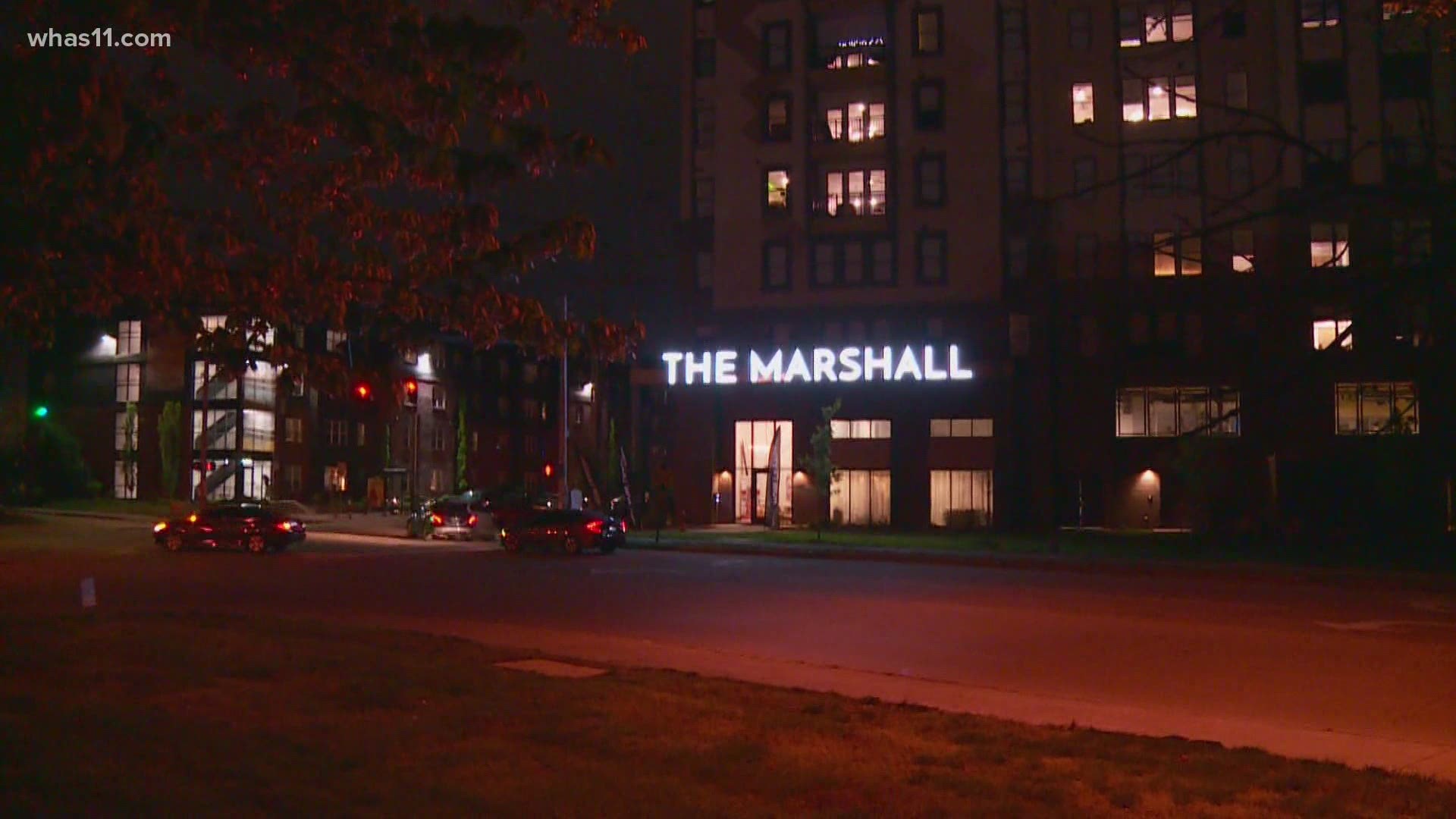 LOUISVILLE, Ky. — It is no secret that Louisville has seen a rise in crime. Shootings have increased 89% and murders increased more than 50% year to date.

When we heard about security concerns at a complex on the campus of University of Louisville (UofL) FOCUS delved into what those issues really were.

The FOCUS team spent weeks checking out tips about security at one of the newest apartment complexes, The Marshall, a non-affiliated housing complex for UofL students.

Our investigative team also brought concerns from students outlined in our original report to management.

Since the previous report, the managing company offered to clear the air.

“I'm confident that we've done our part that it's secure in what we can control,” B.Hom Student Living Corporate Vice President Jonathan Jeans said.

Since it's opening in August 2020 to March 2021, our investigators found that 37 instances of criminal activity were reported in the same block where the Marshall is located.

One of reports included a double shooting that left an 18-year-old dead and another person in critical condition on the ninth floor of the complex Feb. 25.

Jeans said following the shooting, the Marshall added security officers and now have a total of three security guards are on-site at night. However, students and renters at the complex tell a different story.

“The most I've seen is one,” a UofL dental student and Marhsall resident, Kaylin Wolter, said.

Wolter and her roommate, Jessica Hoover, say they haven't seen or heard anything about a Jefferson County Sheriff's Deputy moving to the complex. Management said a courtesy officer would move into the Marshall for added security for renters.

Additionally, the pair of renters say there's no guard posted at every entrance at night as promised to a concerned parent, who shared this email from management with FOCUS.

“Anybody can walk in at any time,” Hoover said.

The biggest entry point, the garage door, was broken for a week after a tow truck backed into it.

“They said they would have it fixed on Monday and it's now Wednesday,” Hoover said.

Another issue at the complex is key fobs that activate doors being destroyed or entrance doors being propped open for easy access.

“When it's not latched, it'll definitely send us an alert,” Jeans said. “When our security team is doing their rounds at night, they're checking for any issues with the doors.”

Students point out one door consistently having issues is the one opening into the garage.

FOCUS documented over the course of a month how many times that door was left open due to being propped or a missing key fob reader. On several occasions the reader was gone or would open without a fob.

Earlier this month, the sign above the garage door showed it was an exit-only. Jeans said the fob reader was back and switched to a two-day door on the following day.

However, on FOCUS investigators' last visit this week, the reader was gone, again.

“It's the same story, things are getting fixed, we're ordering parts, we're doing this, we're trying to find a maintenance crew to work on this, like that's not my issue that you're trying to find, like just fix it,” Wolter said.

“Students shouldn't have to worry about security at the place that they're living at,” Hoover said.

Hoover and Wolter say because of what they see as security breaches, they want out, and should be allowed to breach their lease.