Health experts said hospital beds have been filled largely by people who aren’t vaccinated against COVID-19. 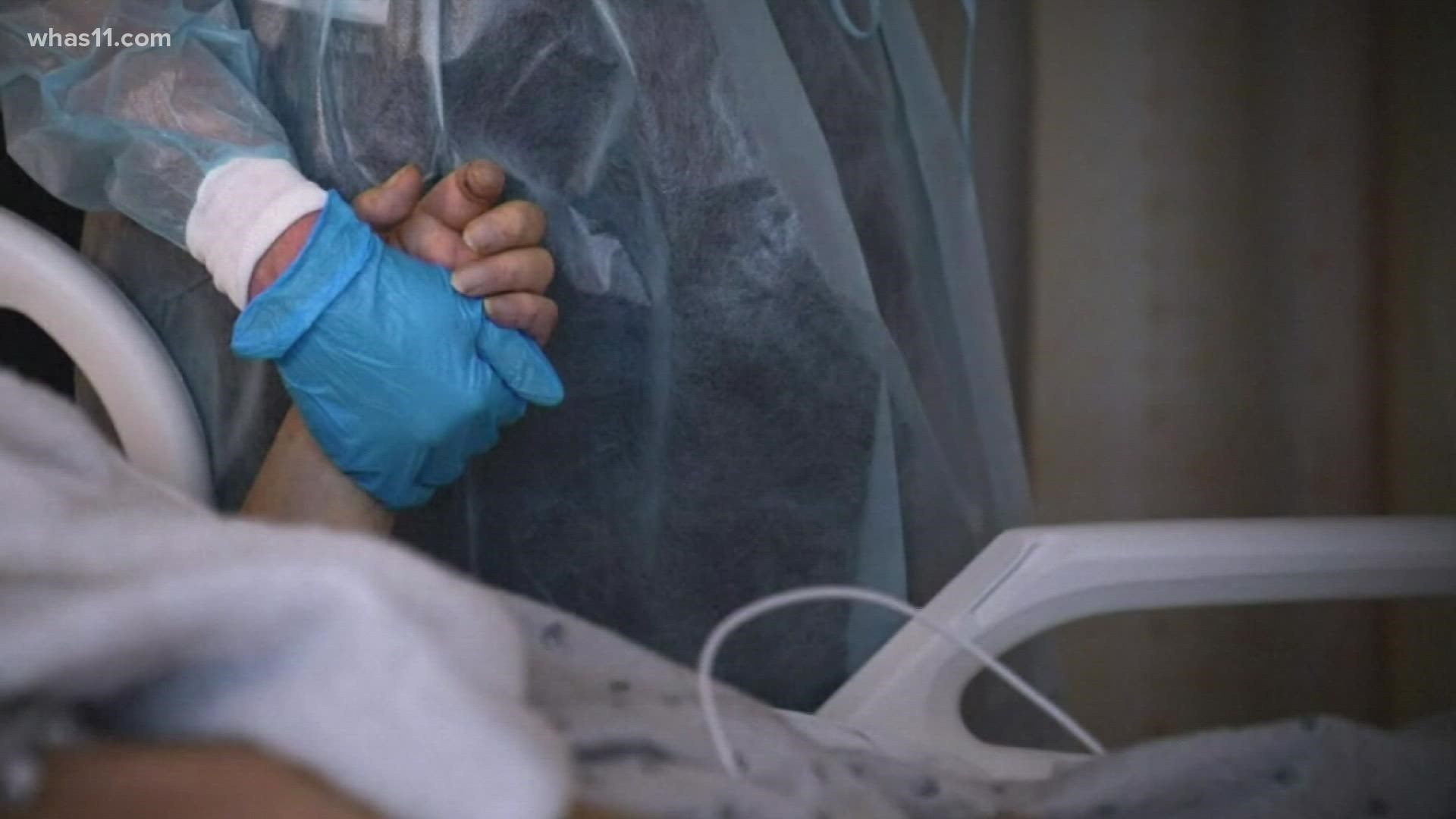 LOUISVILLE, Ky. — When FOCUS met Gary Borland and his wife Jo three weeks ago, the words were too painful to speak. His reality was too overwhelming.

“It could cost me my life," said Borland, a cancer patient with stage four colon cancer.

Borland said getting into a hospital for surgery has been a challenge. Health experts said hospital beds have been filled largely by people who aren’t vaccinated against COVID-19.

“To me it’s just not right," said Borland.

A former Vietnam veteran, Borland told us he’s paid his dues to his country, but his country has turned its back on him.

After his original surgery at another Louisville hospital was postponed indefinitely, he was left waiting, desperate to remove the tumor from his body. But his wait may have finally ended. He's now scheduled for surgery at Norton Hospital.

“I know I’ve got to keep going somehow," he said.

FOCUS met up again with Borland and his wife of 36 years, this time about nine miles away from Norton Hospital, outside the Cancer and Blood Specialists of Louisville, where doctors are making sure he’s ready for the day he’s been waiting for.

“We're ecstatic that he's got a surgery date. It was a great relief," his wife said.

It's a relief that shouldn’t have come to this, said Kentucky Senator Steve Meredith.

“If we don't address this very soon, we're reaching a point of no return," said Meredith.

As unvaccinated COVID patients drain hospital resources, he said people like Borland are put on hold.

“Every day that you're waiting is another day that that's going to make it difficult to have any recovery if recovery at all," said Meredith.

Meredith said more people need to get vaccinated against COVID so hospitals can better help people waiting for care.

About 1 in 4 hospital beds in Kentucky are taken up by COVID patients. In the intensive-care unit, that ratio is 1 in 2, according to the Kentucky Hospital Association, based on data as of September 22.

“And the lack of personnel is straining the system. And I think we're gonna see more and more of this. I'm quite concerned about it," said Meredith.

Among those in Kentucky hospitals with COVID, about 91% have been unvaccinated, according to data from the Kentucky Department for Public Health.

“You know I think is it going to happen this time? Or is it not?” he said.

He's worried his surgery may be delayed once again.

“I just hate to think about being disappointed again," he said.

And it makes this couple implore people to get vaccinated against an unforgiving virus.

“I think a lot of people are kind of numb about it. And they really don't think that that is actually going to happen to them," said Borland.

But when it does, Borland said others suffer. And after a month of waiting for surgery, he says he has been one of those paying the price.