Widespread fraud has plagued unemployment systems in every state since the CARES Act was put in place to help. 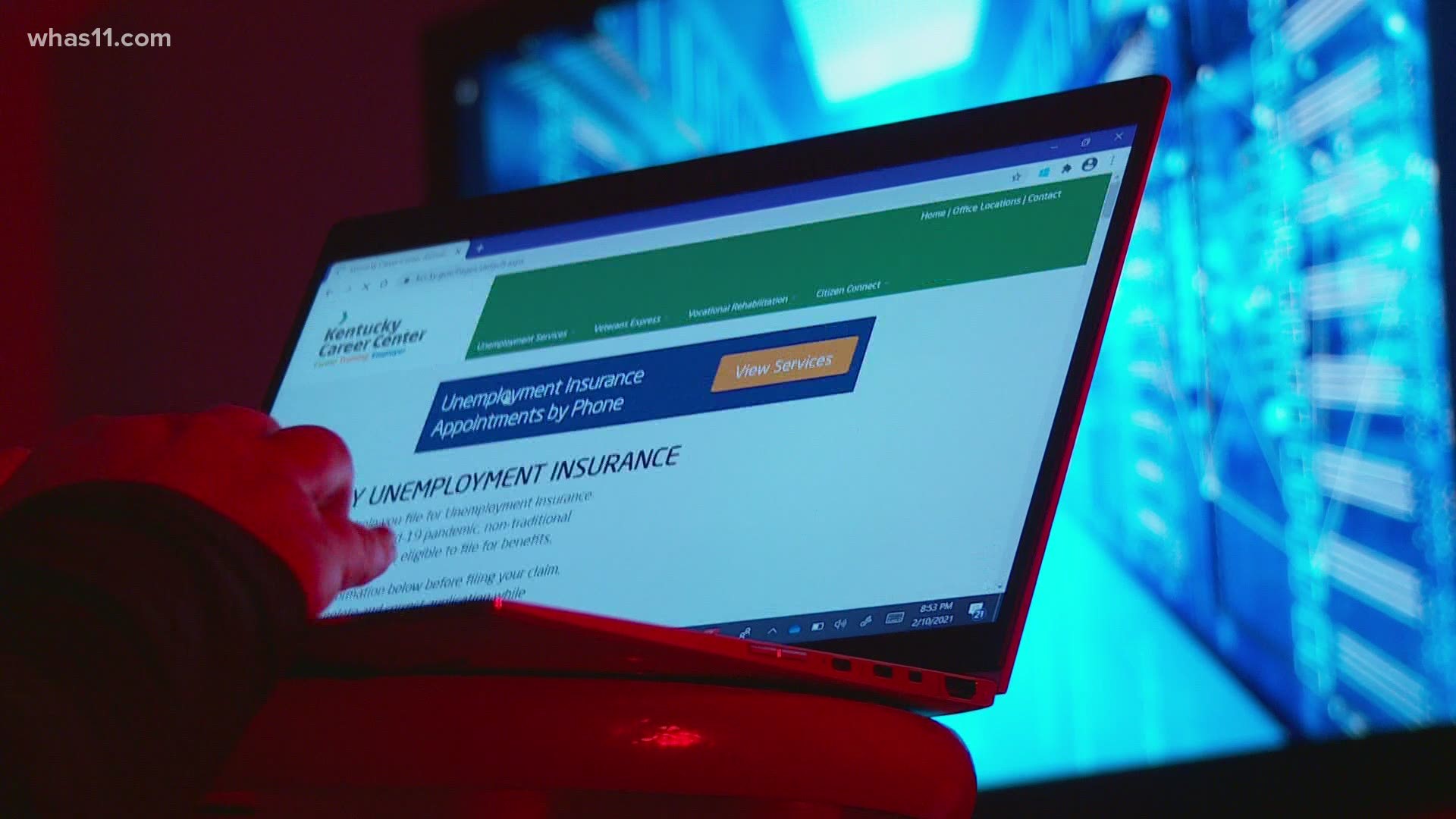 LOUISVILLE, Ky. — As Kentucky and Indiana and the rest of the country fight to decrease infection rates of COVID-19, another massive infection is going on--fraud. It is targeting crucial help for the record number of Americans out of work.

Widespread fraud has plagued unemployment systems in every state since the CARES Act was supposed to come to the rescue.

$36 billion of CARES Act money meant for unemployment relief has been lost or stolen and that's a conservative figure, according to a recent U.S. Labor Department report to Congress.

The worse part, fraud has locked out many legitimate filers--people who need help the most. WHAS11 FOCUS team talked to some frustrated and concerned unemployed Kentuckians.

Malachi Kahler, who is unemployed due to the pandemic spends a lot of time on his computer looking for work and now he has reason to spend even more time.

"This is the only message I've gotten from unemployment," Kahler said.

Unemployed after losing his restaurant manager job in March, Kahler logs into his Kentucky unemployment claim every day. However, he can't request payment like before because the system can't compute.

“You must hold the photo ID next to your face and take a selfie photograph for a selfie, and this is pretty new,” according to Kahler.

The 42-year old believes, at least with Kentucky Unemployment, he has no identity.

“The verification methods that they have put forward for me, I have done it,” Kahler said.

Governor Andy Beshear has asked state legislatures for 47.5 million to fix the entire unemployment system, including a major reboot to the IT system.

And Kentucky officials believe they have effective controls in place to prevent fraud.

“For the most part we feel that our identity verification system has put us in better stead than almost every single state,” Amy Cubbage/Governor's Office General Counsel said.

“Somebody is entirely possibly filing a fraudulent claim in my name,” he believes.

“Later was called by a separate auditor who asked me how long I had worked at a place I had never worked for before, so I told her I'd never worked for, so you didn't put in this claim she says? and I said I didn't put in a claim for Coals Pizza, I do have a claim in and it really needs some help, there's a problem with it."

Kahler is even suspicious of people who have called to try and help with his claim.

"They just didn't act right. She was asking me to verify my social security number, which to me, I'm not going to volunteer this very secure information of mine to somebody on the phone who hasn't identified themselves to me, they just tell me they're unemployment and expect that,” he said.

For Angie Payne it's a similar story with a bit of a twist.

Payne believes her identity was stolen when the pandemic first hit and companies shut down.

"I was noticing my account looked kind of off," Payne said and when she called a UI Specialist the fraud became real.

"She's like, yeah, that check that you requested has been issued. I said I never received it and she said, well, it has on here you work at Popeye's. I've never worked at Popeyes in my life," Payne tells WHAS11.

Payne had to go through the process of filing an affidavit and police report. Since that time she said her account was wiped to Zero. Which is especially worrisome because she will need unemployment help and soon.

In the coming weeks, her plant supervisor job is moving to Tennessee, but she is not.

"You work all your life to get to where you are today, and then to have it all taken away just like that, so quickly, it's scary, Payne said.