Truckers continue to deliver on materials and goods which include lifesaving equipment, food, and other essentials. 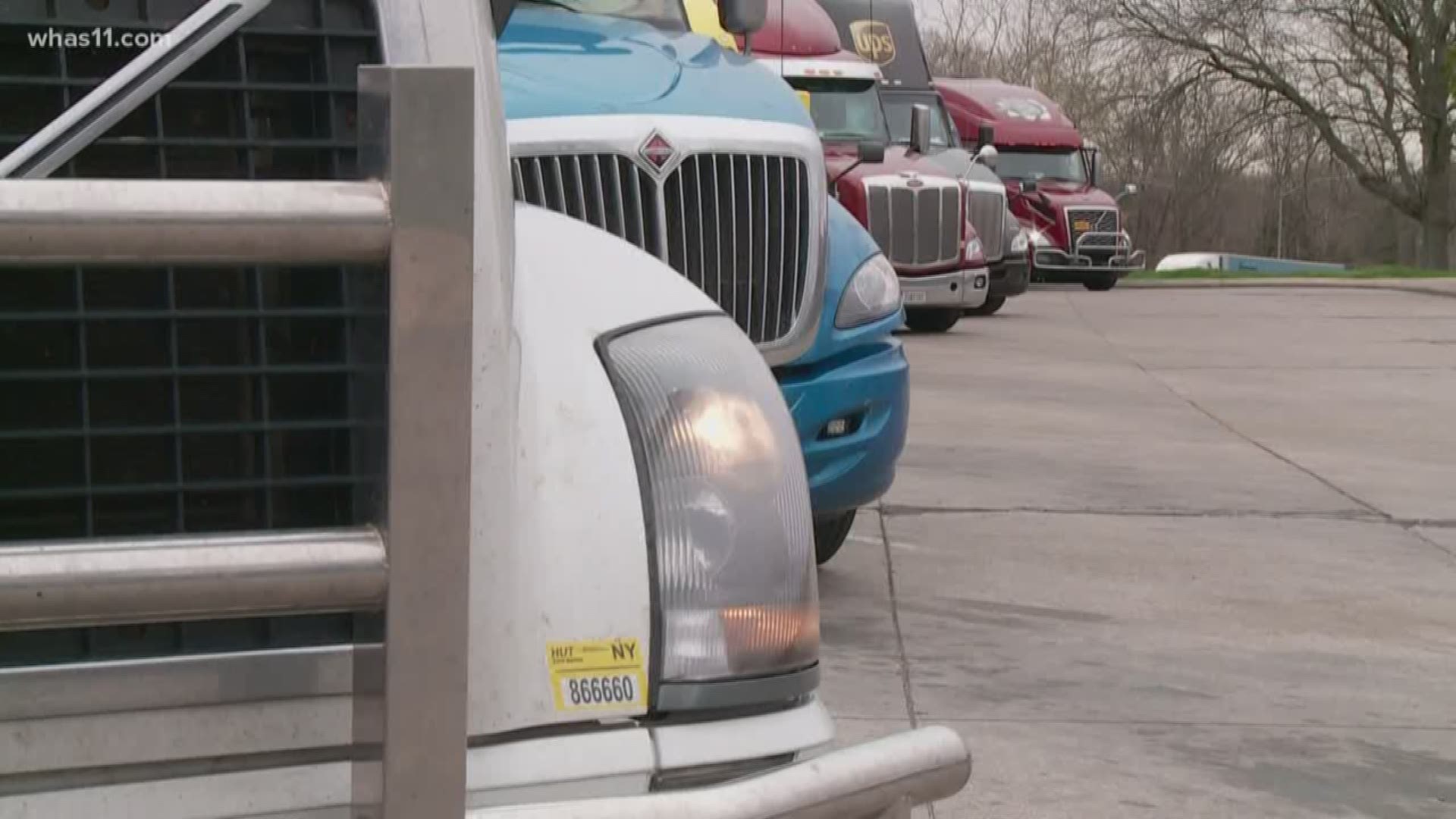 OLDHAM COUNTY, Ky. — Heroes helping us survive this Coronavirus crisis include truckers. They continue to deliver on materials and goods which include lifesaving equipment, food, and other essentials.

Since they put on a lot of miles with a lot of hours behind the wheel, truck drivers need a place to stop to eat or to rest and use the bathroom.

However, there has been CB radio chatter that states have shut down rest areas to help stop the spread of the virus.

“It’s pretty dangerous parking off of the ramps and things like that,” he said.

Pennsylvania is one of the states which tried out closing all rest stops.

“They got them back up and open thanks to us writing letters, reaching out to elected officials to get that forced back open,” Lewie Pugh, the executive vice president of the Owner Operator Independent Drivers Association (OOIDA), said.

The OOIDA even sent a letter to the White House, asking President Trump as well as Transportation Secretary Elaine Chao, to relax some of the rules of truck driving, including inspections.

“Maybe they don’t do away with all inspections, but let’s just be doing inspections that are worthwhile,” Pugh said. “Cops have common sense and can realize who’s a danger and who’s not.”

The OOIDA believes that would help minimize delivery delays.

The organization also wants extensions on expiring licenses as well as a waiver for now on random drug testing and physicals which are required for a CDL.

Danny DeLong believes that makes a lot of sense.

“I can understand having to get them, but maybe extending them 90 days, 180 days,” DeLong said. “That way we don’t tie up physicians and things like that for DOT physicals.”

RELATED: Why the 'Trucker Salute' is a tradition worth saving