Through a new project at WHAS11, we're tracking accessibility, demographics and measuring how our states are stacking up against others. 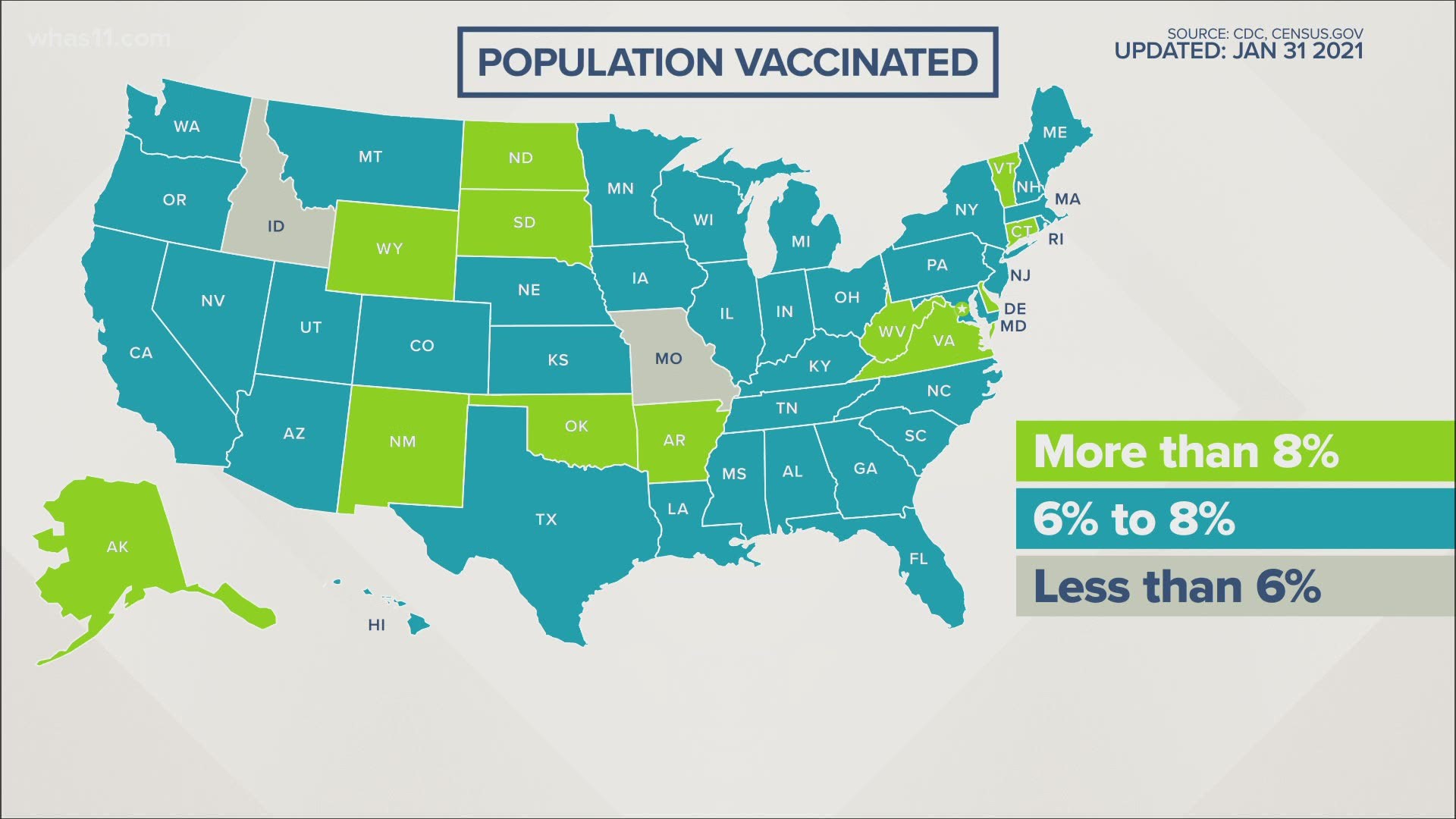 LOUISVILLE, Ky. — Governor Andy Beshear has said his goal is to get 90% of the vaccines coming into the state, into people’s arms within the first week of their arrival.

Is he accomplishing that?

Out of the 4.4 million people in the Commonwealth, about 9% have received at least one dose of the vaccine, 91% are still unvaccinated.

In Indiana, 90% of the population is still unvaccinated. The state has administered more than 705,000 vaccines.

Of those who are vaccinated, about 25% are fully vaccinated – meaning they have received both the first shot and the booster.

More than half of the vaccines distributed in Indiana have gone to those 70-years-old and older. Monday, the state expanded to include those 65 and older.