Our cameras are the first to go inside a University of Louisville lab using wastewater to track the spread of one of the most contagious strands of COVID-19. 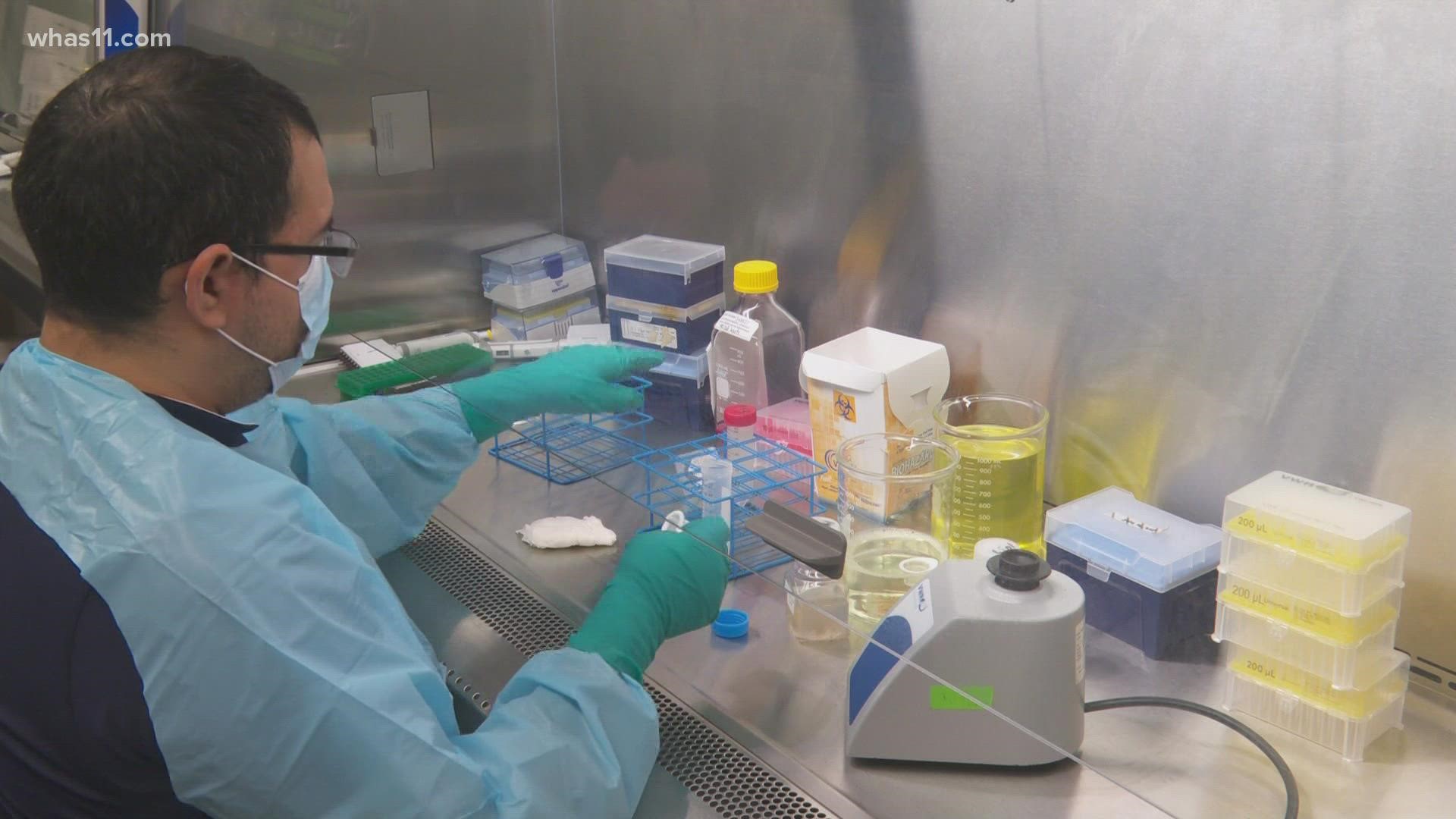 LOUISVILLE, Ky. — At the University of Louisville, scientists are predicting the future, by studying what goes down our drains.

“It would be from toilets to showers," said Josh Fuqua, a University of Louisville researcher.

They're studying wastewater, that according to many researchers, is no waste at all.

“Wastewater has shown to be a leading indicator of what is actually going to happen in the community," said Fuqua. “So it provides kind of like an early warning system.”

The sewer water underground allows researchers to see how much infection there is in a community days before people go see a doctor. It’s a race against time.

RELATED: CDC document warns delta variant appears to be as contagious as chickenpox

“We’re having to redouble our efforts as well to keep up with the cases," said Fuqua.

He said his research is motivated by his children.

A vaccine is not yet available to them. And as they return to the classroom soon, Fuqua focuses on his research with them in mind.

“I just hope that we can keep them safe," he said.

With every test tube, Fuqua said he’s one step closer. Compared to testing tens of thousands of people with traditional nose swabs, wastewater testing results, he said, are not only cheaper, but faster and more efficient.

“Many times we’re detecting the virus in people before they know, they need to go get swabbed," he said.

As new variants emerge, the pressure to stay ahead of the spread intensifies.

Smith is using the data collected to inform the city on how to stop the spread with the most effective tool in their arsenal: encouraging vaccination. Smith showed us two maps: One from about a month ago and one based on more recent data. It shows how quickly the Delta variant is spreading.

"As you look at this map and you see these areas become darker as the virus becomes more concentrated, what’s your reaction?" asked FOCUS investigative reporter Paula Vasan.

“We really need to get rid of this virus," said Smith.

It’s a goal Fuqua and his team don’t take lightly.

“Right now our motivation is just to help the community," he said.