'I am not an animal abuser' Wildlife In Need owner Tim Stark takes on AG office, former volunteers in court

The court documents say the State believes Stark will continue to abuse and dispose of animals and misappropriate assets if a preliminary injunction is not entered. 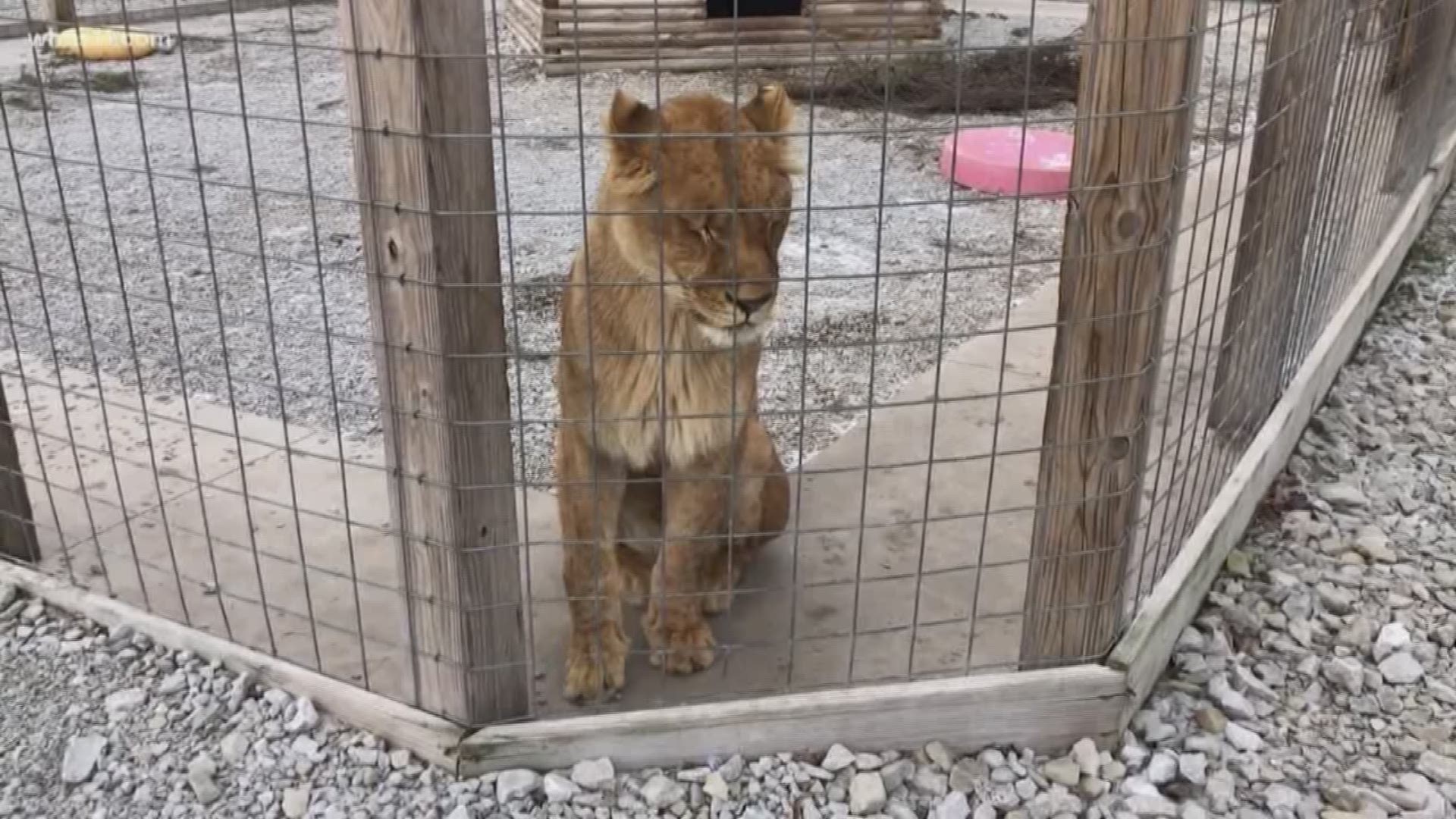 INDIANAPOLIS, Indiana — Wildlife in Need owner Tim Stark showed up for a court hearing Friday in Indianapolis. The hearing is associated with the Indiana Attorney General’s lawsuit asking for the nonprofit to be dissolved.

The Indiana Attorney General filed a lawsuit against Wildlife in Need, just five days after WHAS11's FOCUS investigation exposed years of abuse and neglect on the property.

Cameras are not allowed in the courtroom Friday and information below is from FOCUS Investigator Shay McAlister's Twitter feed.

1:30 PM - Tim Stark appeared in court wearing a suit and tie. Tim Stark is representing himself but there is an attorney sitting with him at the defendant’s table.

Attorney's from the Indiana AG's office who are presiding over the case are Tamara Weaver and Philip Rizzo. After all parties met in judge's, they reenter the court room and Tim Stark takes off his jacket and said "let's get it on!" The hearing moves forward.

The Attorney General's Office calls Darlene Ehley for their first witness. She's a former volunteer at Wildlife In Need.

Ehley says Stark encouraged staff to “throw rocks” at people who came to the property with the intent to take the animals. Calling it “his war” and the staff “his army”. When she said this Stark laughed in the courtroom.

Stark also laughed after Ehley said she watched Stark throw a tiger cub on the ground and stomp on it saying “you have to show them who’s boss while they’re young."

Tim Stark is representing himself but there is an attorney sitting with him at the defendant’s table. The judge advised him to use the court to ask questions but Stark said he will ask the questions himself.

The state has called Darlene’s husband Scott Ehley to the witness stand. He was a staff member who used to work on the property as a maintenance man until he was attacked by a hyena last year.

Ehley says he asked Stark to allow him to fix a baboon cage 3 times but Stark said no. Then the baboon broke through and escaped. Ehley says wolves escaped from their enclosure 3-4 times over the last few years.

Stark is now asking Ehley questions and both he and Ehley are getting heated. Stark interrupted Ehley yelling “I’ll ask the questions!”

Stark says the wolves that escaped are actually dogs. Ehley responded, “I don’t care what you called them. I was in the middle of wrangling 5 fricken wolves”.

3:28 PM: State calls third and final witness, Jessica Barnett. She's a former employee of Wildlife In Need. She [Barnett] said she found the job through an ad on Facebook for an “animal care position.”

The attorney sitting by Stark is questioning if she actually worked at the facility and for how long, says there is no record of her employment.

The state just added an additional witness. Dr. Robert Shumaker has taken the stand. He is the president of the Indianapolis Zoo and has a lengthy history in managing animals.

Shumaker says he has specialized knowledge in animal treatment and animal welfare.

The attorney sitting by Stark is questioning if Shumaker can be considered an expert in this case because of the large # of animals at Wildlife in Need.

The judge says yes. Shumaker can answer questions and if a specific incident comes up they will handle it case by case. Shumaker says he has experience with every kind of animal mentioned so far today.

Shumaker says it isn’t possible for 2 people to provide adequate care for 200 animals, as described by other witnesses. He said, “it just would not be possible.”

He says the living conditions described at Wildlife in Need, like primates living in dog cages, are “indefensible” and “completely inappropriate.”

“The animals’ physical and psychological well-being is compromised”, Shumaker explained.

Shumaker says conditions described by witnesses like “half inch or inch-thick feces and rotten food would of course cause a hygiene problem.”

They are talking about the one on one contact between animals and the public at Wildlife in Need. The doctor says this puts both groups at risk with the spread of disease, infection. Witnesses say they are no hygiene requirements like washing hands, wearing masks, etc.

Now they have turned to training requirements- Shumaker says at a professional zoo, formal education and training is required and standard procedure. When working with big cats it’s a “very long training period.” This is in response to witness testimony describing “no protocol”, “no training” at Wildlife in Need.

The attorney asked “if you inspect his property, will you hold Stark to a standard he is not required to meet?” Shumaker said “I will hold him to a standard that demonstrates the animals are receiving adequate care.”

4:15 PM: Now Stark is asking questions- seemingly quizzing the expert about cage dimensions required for tigers. He is saying the expert is wrong and quoting numbers from his phone. The judge has asked him to wait until it’s his turn to present evidence.

The state is now asking to present evidence, including news articles, where Stark is quoted while speaking with reporters. The state has called Stark to the stand to authenticate the quotes.

4:45 PM: Stark is now on the stand, representing himself, giving his evidence and testimony.

“I have been harassed by USDA, PETA, the government for years. I have an attitude. I will be the first to admit that.”

He says “I am not an animal abuser, animal “neglecter”. I have made mistakes.”

The state has rest its case. Now the defense will present evidence. Melissa Lane, Stark’s ex wife and Co-owner of Wildlife in Need is now taking the stand.

Lane says she can only speak to past experience because she is no longer associated with Wildlife in Need.

5:25 PM: Current Wildlife in Need board member and volunteer Jessica Amin is now on the stand describing sanitation guidelines, volunteer protocol and other guidelines. She says the regulations are verbally told to volunteers and are printed in a notebook in one of the facilities.

The attorney assisting Stark asked if it is appropriate for the state to bring law enforcement with them when they expect the property. She said no, that would be more disruptive to the animals than helpful.

The state told the judge early on the reason they want the law enforcement security is because Stark has made threats.

Now they are discussing how the inspection would be inconvenient for the staff at Wildlife in Need.

If the preliminary injunction is granted, the state will be able to do a full inspection of the property.

The state is now asking if the board member knew about a weekend incident at Wildlife in Need, where a woman reported her child was bit by a spider monkey. Amin said she was not aware of the bite.

5:40 PM: Tim Stark is taking the stand for a second time. The judge is reminding him this is time to present evidence, not to provide argument.

Stark says “I have nothing to hide. I never had."

Stark is talking about our report saying “I have these so called whistleblowers and what they say is fake.”

6:10 PM: "Four and half hours after it started... this hearing has moved to closing arguments. Main point of discussion: if the state is granted the inspection, who will go, for how long, and when."

The state is asking for two days of inspections, from 9-5pm. For 200 hundred animals, that would be about 4 minutes per animals.

The state wants a 5-person inspection team, some members of the AG’s office and law enforcement.

The AG’s office says they have received threats of violence regarding the lawsuit. They want to protect the inspectors identities because of that.

The state also wants to be able to inspect any part of the property where animals have been kept, are kept or will be kept.

The defense argues they are asking for too many people to have access to the property. They say it will be disruptive to the animals.

RELATED: Whistleblowers fear Wildlife in Need animals in more danger than ever before

The defense says having inspectors on the property from 9-5 is not manageable for the staff at Wildlife in Need, will impact animal care.

The defense argues they are asking for too many people to have access to the property. They say it will be disruptive to the animals.

Stark says the inspectors will not be allowed in any cages or enclosures but that Stark will show them “every lousy, stinking animal on the property”. The judge then asked if he will obey the order of the court. He said yes.

Then the judge added he suggests Stark get legal advice from an attorney.

6:37 PM: The hearing is DONE. The judge says  will have an order on Monday morning.

In a 19-page lawsuit, the attorney general’s office details allegations of animal neglect, embezzlement and years of mismanagement.

"We've had an investigation going for many months, we've conducted dozens of interviews, including former employees of Wildlife in Need, we've spoken to various animal rights or animal non-profit organizations that deal with animal welfare, we've consulted with animal welfare experts”, Betsy DeNardi, the Director and Chief Counsel of the Consumer Protection Division of the Indiana Attorney General’s office, explained.

The lawsuit demands non-profit Wildlife in Need is dissolved, the owners pay back money they pocketed and never own or exhibit exotic animals again.

If the preliminary injunction is granted, the order will require Wildlife In Need, Stark to:

The court documents also say the state believes Stark will continue to abuse and dispose of animals and misappropriate assets if a preliminary injunction is not entered.

RELATED: Whistleblowers fear Wildlife in Need animals in more danger than ever before 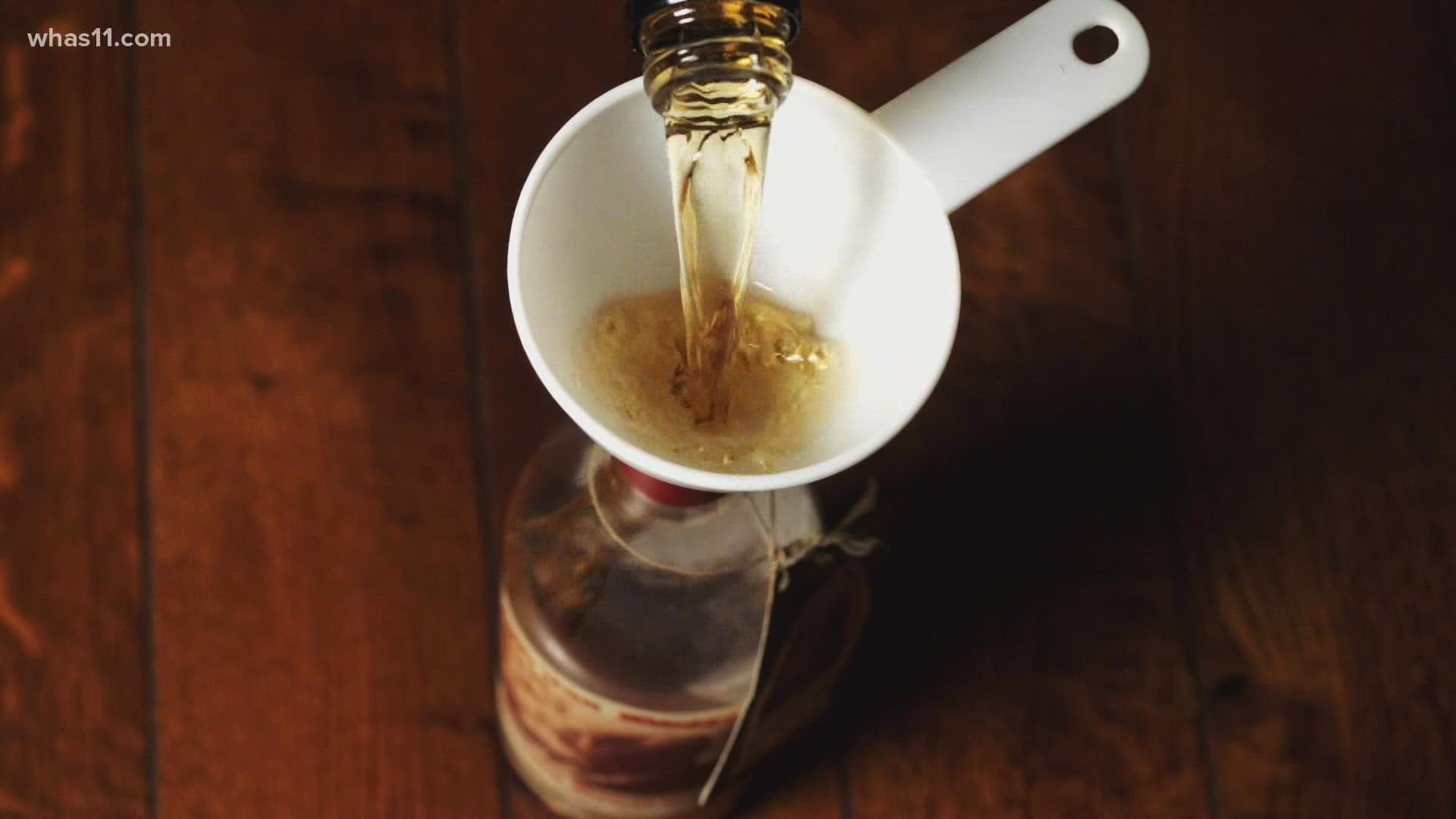