Researchers collected answers from more than 200 people, asking them questions ranging from their knowledge of tear gas to their health after exposure. 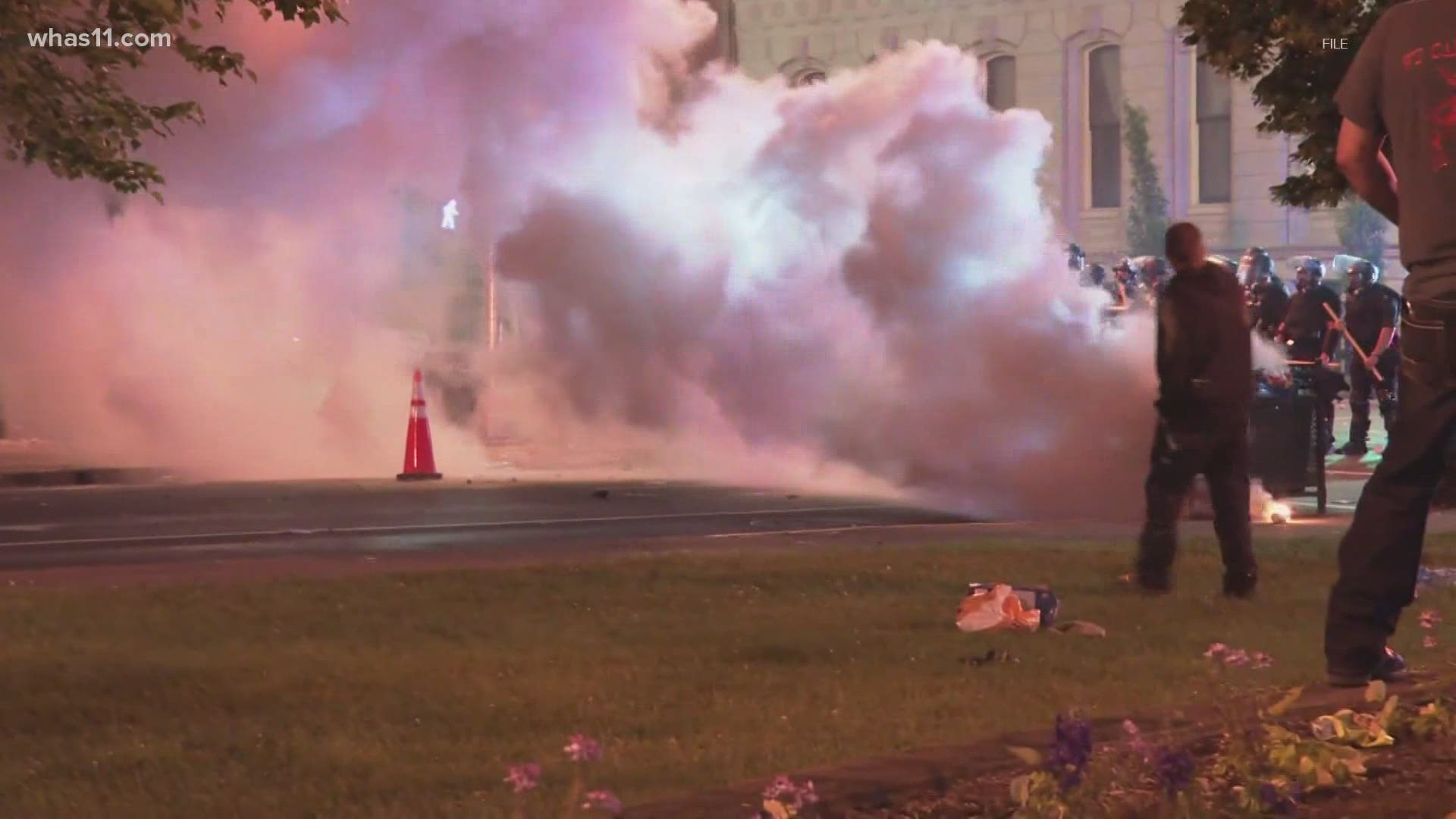 LOUISVILLE, Ky. — Tear gas is a type of chemical compound. It makes people temporarily unable to function, causing intense irritation to the eyes, mouth, throat, lungs and skin. But researchers in Louisville leading a new tear gas study said the  impacts could be more long-term, with more far-reaching consequences.

“The smoke, everything it just kind of filled my lungs. I had never been tear gassed before," said Shauntrice Martin, a protester from Louisville.

Martin remembers distributing food and water to protesters in Breonna Square last May, when she felt everything burn.

“And I couldn’t see. My throat was burning, my nose was burning. I dropped all the food I had,” she said.

“It was a horrible experience," said Martin.

She was afraid of running into the street. She couldn’t see where she was going.

“I would not wish that on anybody," she said.

Nearly one year later, Martin said she’s still not herself. She said her body has taken a toll.

“I started reading about different side effects, things to watch out for," she said.

She’s taking part in a new study by researchers at the University of Louisville and the nonprofit Until Justice Data Partners. Among them, Monica Unseld and Kira Taylor.

“This is for the health of the entire community," said researcher Monica Unseld, founder of the nonprofit Until Justice Data Partners.

“The goal is to figure out what people experienced as a result of being exposed to tear gas," said Kira Taylor, a University of Louisville researcher.

They’ve collected answers from more than 200 people, asking them questions ranging from their knowledge of tear gas to their health after exposure.

“There was the common coughing, the eyes watering but there were other effects that we don’t want to say publicly because we don’t want to potentially skew the survey for people who haven’t enrolled yet," said Unseld.

The researchers claim tear gas is a chemical weapon that hasn’t been taken seriously enough here at home.

“I do not feel that there’s much confidence that the officers received enough information to keep them safe," she said.

We reached out to Louisville Metro Police Department for answers. They led us to a roughly half-page within their operating procedures. It reads in part: “Crowd control devices may only be utilized on disorderly or unlawful crowds to prevent injury, death, or property damage...”

We read every line to Shauntrice Martin.

"Do you feel what I just read to you applied to what you saw as a protester?” asked FOCUS investigative reporter Paula Vasan.

“Absolutely not. Officers were definitely using those so called crowd control methods even when people were completely peaceful. There were children there," said Martin.

Unseld said more than 100 police departments nationwide have used tear gas over the past year, amid protesting over the police killings of Breonna Taylor, George Floyd and others. She fears the ramification could extend beyond our own lives.

“When we see a lot of these endocrine disrupting chemicals they may be crossing generations," she said.

She said companies that sell tear gas to law enforcement typically market these products as “non-lethal.” But she said there’s just not enough data to call it safe.

“Because we’re not finding much of anything online in terms of answers," said Unseld.

“And I’m hoping in addition to this study there are some types of recommendations for how to counteract those impacts," said Martin.

LMPD tells us as of September 2020, they’ve changed their policy on tear gas. Now it can only be used with special approval from the chief of police or designee.

UofL researchers said they’ll be releasing their findings before the end of the year.

Interested in participating in the study into the possible long-term health impacts of tear gas?

If you’d like to participate, you can email teargassurvey@gmail.com. You can also find more information about the study here.