As some Kentuckians continue to struggle to get their unpaid unemployment from the state, there are also problems for those who live out-of-state. 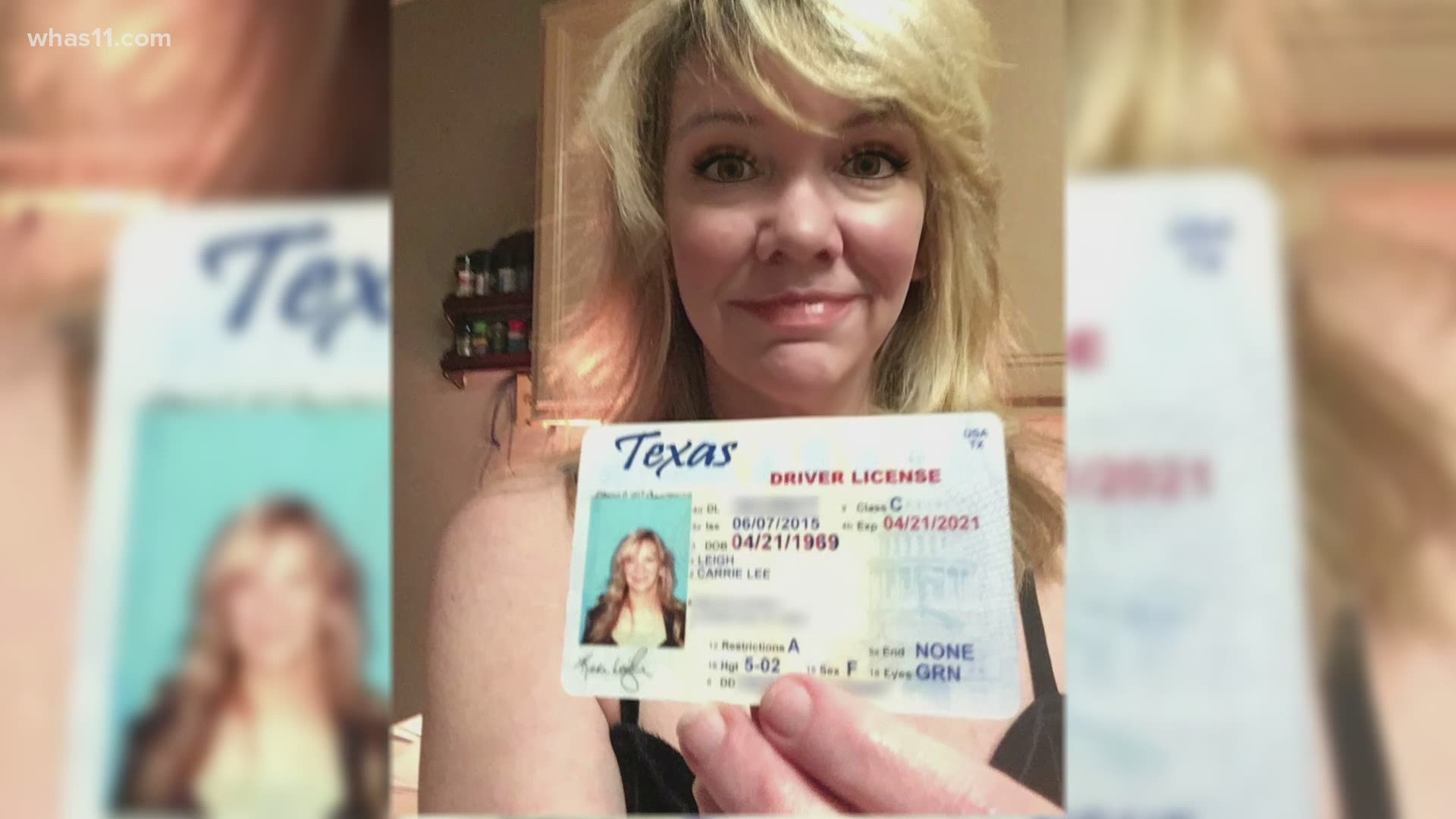 LOUISVILLE, Ky. — Before the pandemic hit, Carrie Leigh, 52, had already been working remotely.

Although her job was with the Association of Racing Commissioners International based in Lexington, she had been working from home in Oklahoma.

Leigh moved from Texas to care for her ailing mother in Oklahoma City.

When she got laid off, Leigh said it took seven months since she filed for unemployment in Kentucky to finally receive payments.

However, heading into 2021, the payments suddenly stopped and she’s been struggling to convince the Office of Unemployment Insurance that the person on her claim is really her.

UI requires a photo ID for identity verification and the only one she has is her Texas driver’s license.

RELATED: The ups and downs in the journey for unemployment payments

Her driver’s license expired April 21 and she said she had been trying to get a new Oklahoma license since January.

Leigh points out that there is a huge backlog in Oklahoma and to get a new license requires an in-person appointment.

Even if that one doesn’t also get canceled, Leigh said she’ll only receive a photo-less temporary license.

“Your permanent license, because of the backlog, can take anywhere from four to eight weeks,” she complained. “It could still be October, it could be November until I have a photo ID in hand.”

Leigh said with just $200 left to her name, that will be way too late as she and her sick mother are facing eviction.

Because Kentucky UI accepted the selfie of she and her license for identity verification before, she can’t understand why not now?

“I’m still the same person that I was two months ago, six months ago, a year ago, it just does not make any sense at all.”

Leigh added that the lack of flexibility on the state level is devastating out-of-state filers like herself.

“The whole problem in our lives is Kentucky unemployment.”

FOCUS has reached out to the Kentucky Labor Cabinet concerning Leigh’s claim.