After a JCPS math teacher questioned an increase in sales tax, Simpsonville restaurants are fixing their receipts to correctly itemize charges. 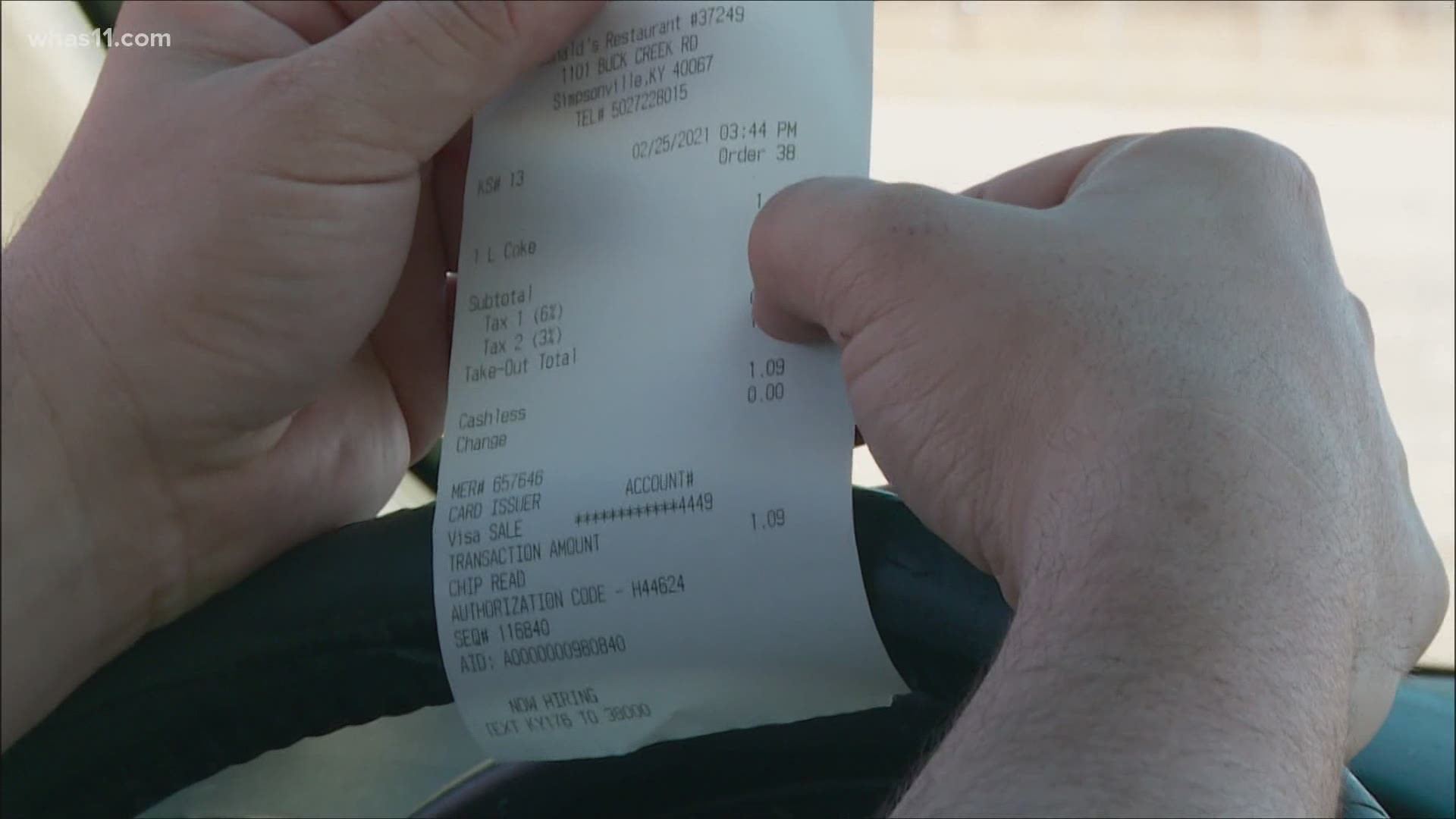 SIMPSONVILLE, Ky. — People using the drive-thru are more likely to make sure their order is right rather than their receipt. But after looking at his McDonald’s receipt in Simpsonville, one JCPS math teacher questioned the price.

Thomas Hicks reached out to the FOCUS team after he realized his sales tax was higher than Kentucky’s 6%. Restaurants near The Outlet Shoppes of the Bluegrass were doing the same, charging customers around 9%.

While many managers were unable to explain the cost, City Administrator Steve Eden said the fee has been in place for years. Simpsonville passed a 3% restaurant fee in 2014, which has raised almost $2.25 million since it was implemented.

Although the extra fee is fine, any extra charges need to be itemized on receipts by state law – something most restaurants were not doing. After the FOCUS investigation, at least some restaurants in Simpsonville were finally itemizing receipts.

“Glad that we finally have some answers to some spotty receipts,” he said. “I'm just shocked that it's gone on for this long.”

However, the issue hasn’t fully been fully resolved.

In a follow-up investigation, the FOCUS team revisited some of the restaurants that weren’t disclosing the additional tax. The receipts from the Dairy Queen and McDonald’s did include the added sales tax, but the taxes weren’t listed the same way. For example, where the receipt should have listed a “sales” and “restaurant” tax, the McDonald’s receipt just listed them as “Tax 1” and “Tax 2.”

The numbers on the receipts didn’t add up, either. According to the calculations provided by the Kentucky Department of Revenue, the Dairy Queen purchase should have been two cents more, and the McDonald’s order should have been a penny less.

FOCUS alerted the Department of Revenue to the new issue, and the agency said it will review what’s going on in Simpsonville and will take appropriate action, as necessary.

RELATED: Are there hidden sales taxes in your purchases?

RELATED: 'The system needs overhaul' | Indiana prosecutor puts himself on probation to expose breakdowns in the criminal justice system