FOCUS learned more about another accident that happened miles up the line just months before a pipeline burst into a towering inferno. 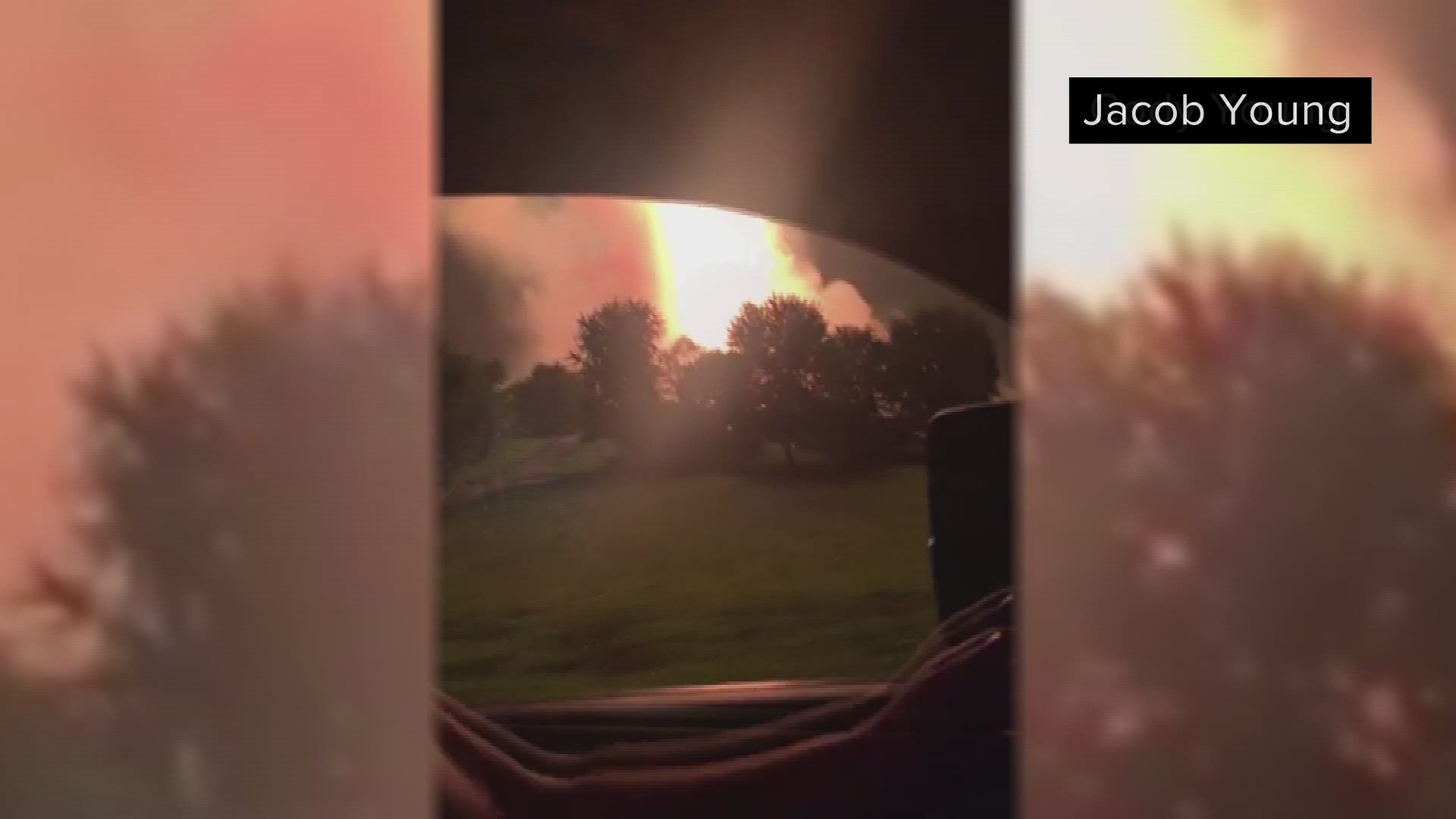 LINCOLN COUNTY, Ky. — Two weeks ago in Lincoln County, a section of natural gas pipeline blew up into a massive fireball, destroying homes and taking one life.

The FOCUS investigative team has learned state and local health officials want to test ash from the fire to see if it contains dangerous material.

They also want to make sure residents and first responders, aren't suffering from breathing problems.

Not long before the gas explosion happened in Lincoln County there was another gas incident.

Homeowners on Givens Lane caught on video the escaping gas from the Texas Eastern Transmission Compressor Station on May 8.

“It sounded just like a jet engine going off,” Cody Young, a resident, said when he talked to FOCUS investigator John Charlton.

Young said the plant releases gas routinely for maintenance, but this roaring release, which in Young’s video could be seen shooting into the sky, was much different and much longer.

The federal government timed it out to just over 40 minutes. According to the Pipeline and Hazardous Materials Safety Administration’s (PHMSA) incident report, more than 19-million cubic feet of natural gas shot up into the sky.

PHMSA pinpointed the cause as a tripped breaker, shorting a wire, causing a valve to get stuck. The plant provides pressure to Line 15, the same pipeline, which 4-miles away, ruptured and exploded into a huge fireball on Aug. 1 as people slept on Mitchell Lane.

One died, five were hurt, and their homes were destroyed.

“I'm ready to move to say the least,” Young said.

Young said he's putting his house up for sale if it will even sell.

“It had to have decreased property value all around,” Young said.

Young said he thinks the area is not safe. That's his expert opinion, based on what he does for a living.

“I lay pipe for a living too, so I know when you get a piece metal in the ground, it's going to corrode,” Young said.

According to federal authorities, the underground pipelines are approaching 70-years-old.

“I wouldn't want to just leave one in the ground, holding all that pressure on it and then wait for it to blow up, you know?” Young said.

Enbridge, the owner and operator of the pipeline, said it continues to analyze and inspect to make sure the Lincoln County explosion didn't jeopardize other parts of the pipeline or affect the two other lines running parallel to it.